He suggested Labour in its current state would not be bold enough to repeat the creation of the NHS in 1948. 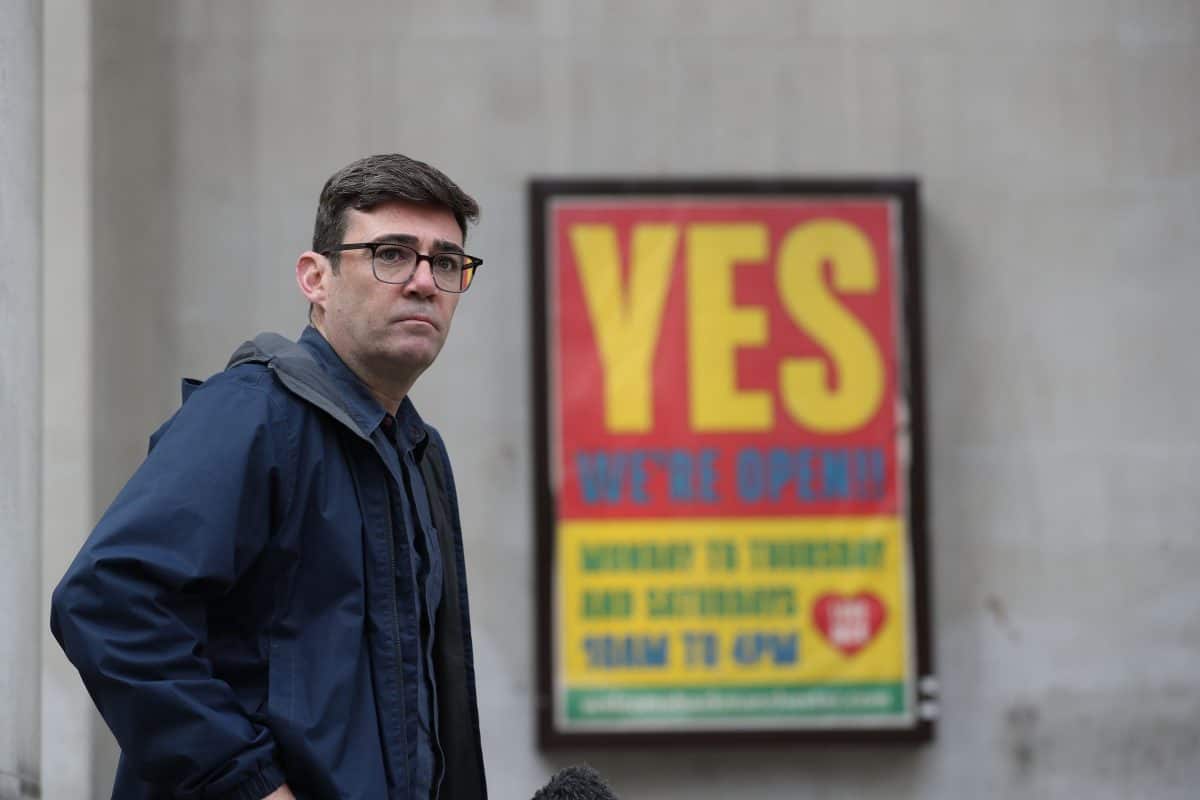 Andy Burnham has claimed that Labour would not have lost so many seats to the Tories in the north of England if he had defeated Jeremy Corbyn in the race for the leadership in 2015.

Speaking to the Observer – in which he made it clear that he plans to run for the leadership again after the next general election if he had enough support – the newly re-elected mayor of Greater Manchester was scathing about Labour’s failure to be bolder on major policy issues, like social care reform.

Lashing out at his party’s caution, he suggested Labour in its current state would not be bold enough to repeat arguably its greatest achievement: the creation of the NHS in 1948.

New polling places Burnham as the most likely and able successor to Keir Starmer, who is facing questions on whether he can return Labour to power after a crushing defeat in this month’s elections.

Had he beaten Corbyn in 2015, Burnham believes he would have had more success preventing the Tories from shattering Labour’s “red wall”.

“I still think life would have been different if I had won in 2015,” he said. “I think we would be stronger in taking on the government on levelling up. I don’t think we’d have lost as many northern seats had I won.”

Insisting he would not be challenging Starmer “any time soon”, Burnham added: “If there comes a point where it is clear to me that the Labour party, having not thought me right twice, suddenly thinks well actually you probably are now, because of the way the world has changed, then as I say, I will put myself forward to lead the Labour party.”

Burnham, who stood unsuccessfully for the leadership in 2010 and 2015, said Labour could not afford to lose any more seats like Hartlepool – and claimed the party should look at his success in Manchester to learn how devolution and close contact with voters can revive fortunes.

He voiced his frustration that the party has been unable to come up with big, bold policies to address the social care crisis – and said the failure to do so hindered the party’s efforts on the 6 May elections.

“The Labour party created the NHS postwar,” he said. “I ask myself, could the Labour party that I’ve been associated with in the 20 years that I’ve been in elected politics … could it create the NHS? And no, is the only thing I could say, because it hasn’t seemingly got that wherewithal any more to take on a big injustice.”

Nationally, Labour has dropped six points to just 31 per cent since the local elections – and now sits 13 points behind the Tories. Just under a half of Labour voters from 2019 think Starmer should carry on as leader – but a third think he should resign.