The Conservatives have been allowed to dictate pre-election media coverage as Boris switches real debates for scone fiascos. 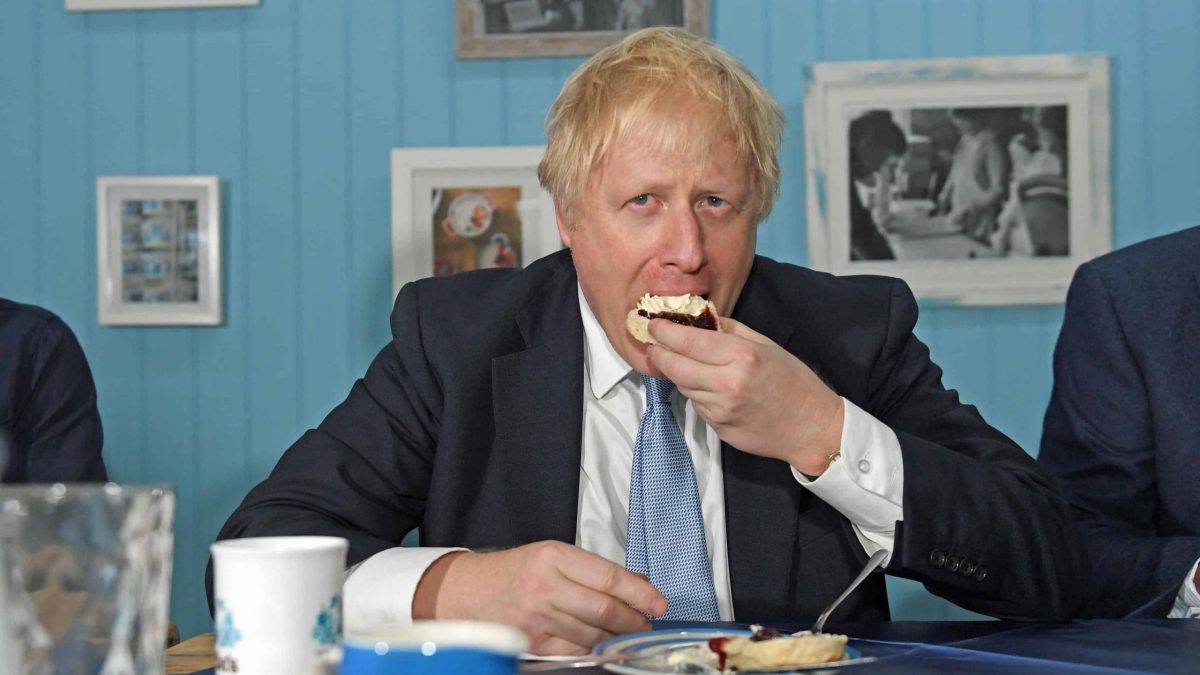 Boris Johnson was caught up in a scone debacle yesterday as BBC cameras filmed the bumbling Prime Minister on the election trail in Cornwall.

Just days after Nicola Sturgeon and Jeremy Corbyn faced real scrutiny in interviews with Andrew Neil, Johnson was unveiled adopting a jam-first approach to his scones, igniting a fierce debate on the channel.

The PM said he believed the preserve to be more “adhesive”, hence why he applied it first.

But he confessed: “My mind went a total blank as I was trying to explain which way round it went and I literally couldn’t remember, so I guessed. Gut instinct.”

The scone footage emerged as the BBC confirmed it has been unable to fix a date with Johnson for his interview with Andrew Neil.

After both Sturgeon and Corbyn received a mauling from the ruthless interrogator, all eyes were on the PM to see if his plans stood up to scrutiny.

As a result of the PM’s elusiveness he will also not attend the BBC’s seven-way election debate on Friday, with Corbyn out of the picture too.

The PM has also been accused of “running scared” of tonight’s TV election debate on climate change.

A poll before the election revealed the majority of Brits say climate change would influence how they voted, but both Johnson and Brexit Party leader Nigel Farage have ducked the hour-long Emergency On Planet Earth debate on Channel 4 News.

#ChickenBoris and #ChickenJohnson were both trending on social media in the run-up to the show.