“We’ve gained back control of British Laws, with the European Court of Justice no longer making judgements over British Courts.” 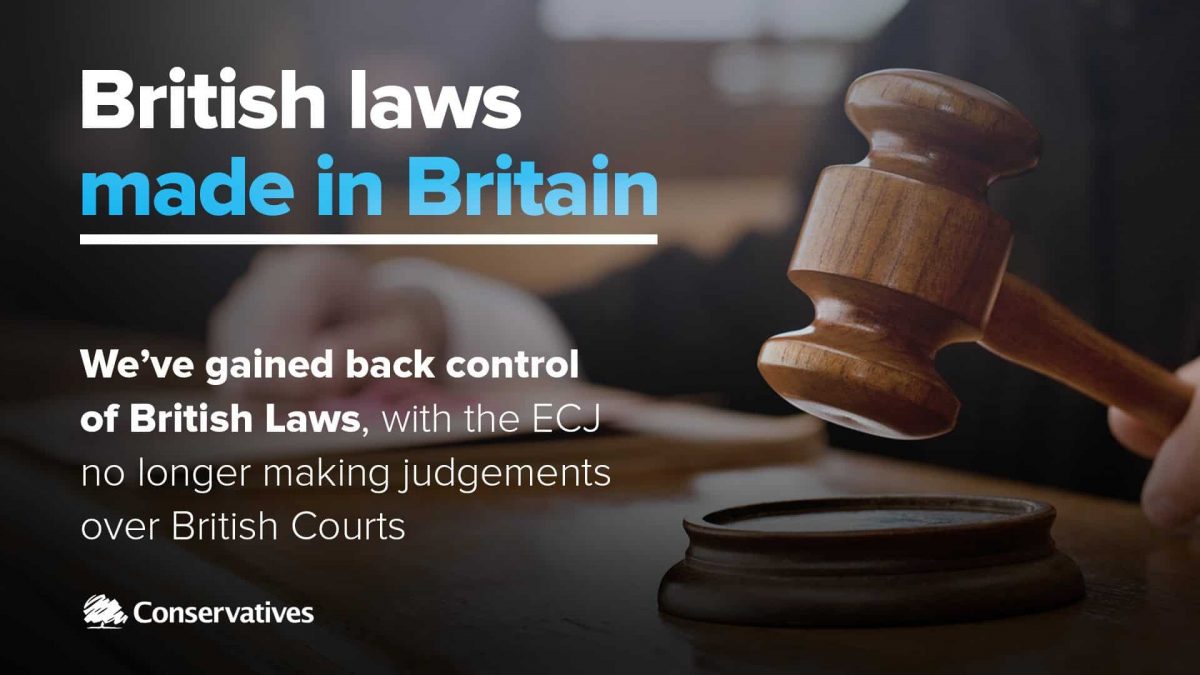 A boastful Brexit tweet posted by the Conservatives in 2017 has come back to haunt them after the Supreme Court scuppered their plans to prorogue parliament.

A social media post sent out from the official account celebrated “British laws made in Britain”, saying:

“We’ve gained back control of British Laws, with the European Court of Justice no longer making judgements over British Courts.”

But the Conservatives were undone by the highest court in the land yesterday after the Supreme Court found Boris Johnson misled the Queen when he prorogued Parliament.

We’ve gained back control of British Laws, with the European Court of Justice no longer making judgements over British Courts. pic.twitter.com/nbdOiox9ed

Not a normal prorogation

“This was not a normal prorogation… it prevented Parliament from carrying out its normal role.

“This prolonged proroguing of parliament took place in quite exceptional circumstances.

“Parliament especially the House of Commons as representatives had the right to debate and scrutinise an orderly withdrawal from the European Union.”

Johnson managed to largely avoided Brexit during the final speech of his visit to the United Nations, making mention of it only in an allusion to the Greek myth of Prometheus.

Referring to how the Titan’s liver was pecked out by an eagle, Mr Johnson said: “And this went on forever.”

“A bit like the experience of Brexit in the UK, if some of our Parliamentarians had their way,” he added, to laughter from London’s UN ambassador Karen Pierce.