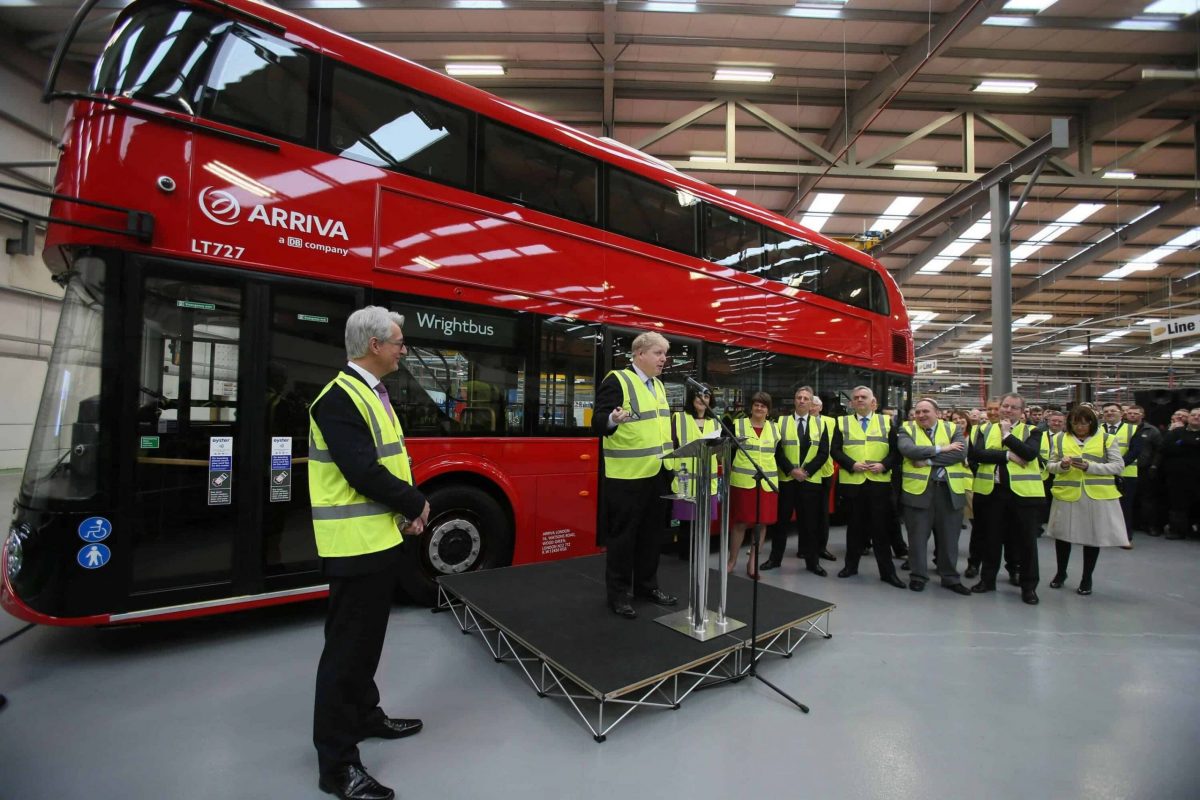 One of Britain’s biggest bus manufacturers is facing administration, it has been revealed.

It is one of Northern Ireland’s largest employers and its loss would be a major blow in the same week as travel firm Thomas Cook’s collapse.

Boris Johnson hasn’t had the best luck with buses – there is the Leave campaign lies bus with the misleading £350 million figure – and a promise to give the sum to the NHS which Boris backtracked from quickly.

Johnson also bizarrely revealed during the Tory leadership campaign that he likes to turn wooden wine crates into buses when asked what he does in his spare time.

Conservative MP Sir Nicholas Soames responded by suggesting he should have stuck with the famous “fields of wheat” line, which Theresa May once offered as the “naughtiest” thing she did as a child.

When Boris Johnson was mayor he announced a lucrative order to produce the capital’s latest fleet of buses.

Critics at the time said the new “Boris buses” were too expensive and estimated that the first eight had cost £1.4 million each to design and build.

There were also many complaints that the new Routemasters, which were longer and heavier than other models, were unbearably hot with later batches altered to provide windows.

The open rear “hop-on, hop-off” platform began to disappear because it required a second crew member.

He said unions were being briefed by managers on Wednesday morning.

He told the BBC: “Essentially from this point the administrator has a week to find a buyer.”

The North Antrim firm has been seeking investment or a new owner as it struggles with cash problems.

Stormont Assembly member Jim Allister said: “The impending administration of Wrightbus is devastating news, not just for the employees of Wrightbus but the wider North Antrim community and supply chain.

“My heart goes out to the hundreds with no wage packet this week or job hereafter.”

Wrightbus has been a hugely profitable company in the past and based its business model on producing low-emissions vehicles.

Boris Johnson visited the Wrightbus factory in Antrim during the EU referendum campaign in February 2016 to officially announce a Transport for London order for 200 more of its famous Routemaster red buses.

The deal was worth £62 million and took the number of Routemasters on the streets of London to 1,000.

Wrightbus founder William Wright has been a prominent supporter of Brexit and the DUP.

Northern Ireland’s manufacturing industry has been under pressure in recent years with the slumping into administration of Harland and Wolff shipyard in Belfast.