The CEO of the Food and Drink Federation told the BEIS committee that MPs need “to think seriously about inflation”. 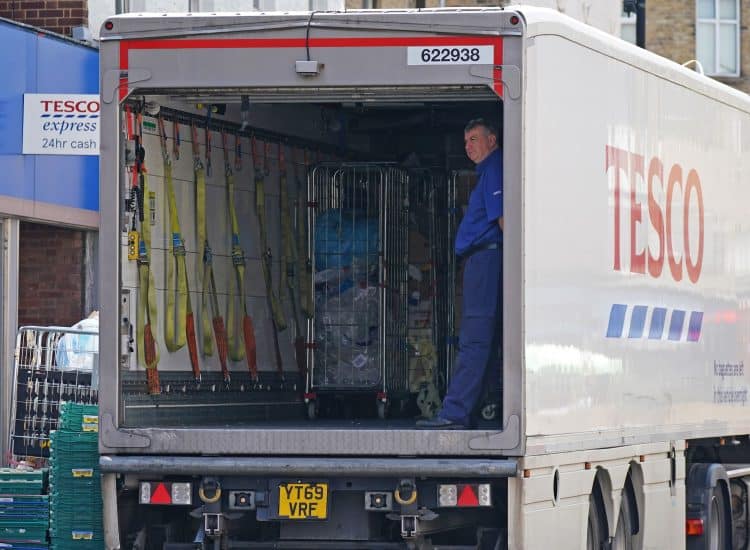 Food and drinks firms face a “terrifying” rise in costs amid worker shortages and Britain’s ongoing supply chain crisis, MPs have been warned.

Ian Wright, chief executive of the Food and Drink Federation, told the BEIS committee that MPs need “to think seriously about inflation”.

“In hospitality, inflation is running between 14 per cent and 18 per cent, which is terrifying,” he said.

“If the prime minister is, as I know he is, serious about levelling up, inflation is a bigger scourge than almost anything because it discriminates against the poor.”

Wright said that the UK does have sufficient food, despite visible shortages on shelves.

He added: “We are not going to run out of food but there are some shortages, we have seen some problems with pigs and poultry, with some of these being solved.”

Industry bosses warned the committee that the UK’s lorry driver shortage is “not visibly getting better” – and could take around a year to recover.

The Road Haulage Association (RHA) has previously warned of a shortage of around 100,000 drivers and said the issue has not improved despite efforts from government.

Figures revealed by the Office for National Statistics (ONS) earlier on Tuesday showed that driver numbers have plunged by 53,000 over the past four years, largely driven by retiring drivers not being replaced fast enough by new recruits.

Duncan Buchanan, director of policy at the RHA, told the Business, Energy and Industrial Strategy committee: “Things are very challenged at the moment.

“There are widespread shortages of lorry drivers, which are leading delays and frustrated trips. Among, our members we are still getting reports that this hasn’t eased at all.

“Things are not visibly getting better at this stage, and I know there are a number of measures that have been put in place, stepping up training, stepping tests, but on the ground that isn’t having much of an effect.”

Last week, ministers announced a change to cabotage rules to allow foreign HGV drivers to make an unlimited number of pick-ups and drop-offs in order to help ease the supply chain disruption.

It had also previously announced measures such as 5,000 three-month long visas for non-UK lorry drivers.

Buchanan warned that the change to cabotage rules will “suppress” wages which have been rapidly increasing as a result of high demand.

He said wages have risen by between 10 per cent and 20 per cent over the past six months, depending on location and area of the sector.

The trade body director also said that “institutional complacency” in the Department for Transport about freight had contributed to the issues.

Neil Carberry, chief executive of the Recruitment and Employment Confederation, added that “snobbery” in policy-making has contributed, suggesting that sufficient training resources have not been given to certain sectors such as haulage.