"He just pinches everybody's ideas and makes out that it's his ideas," one woman said. 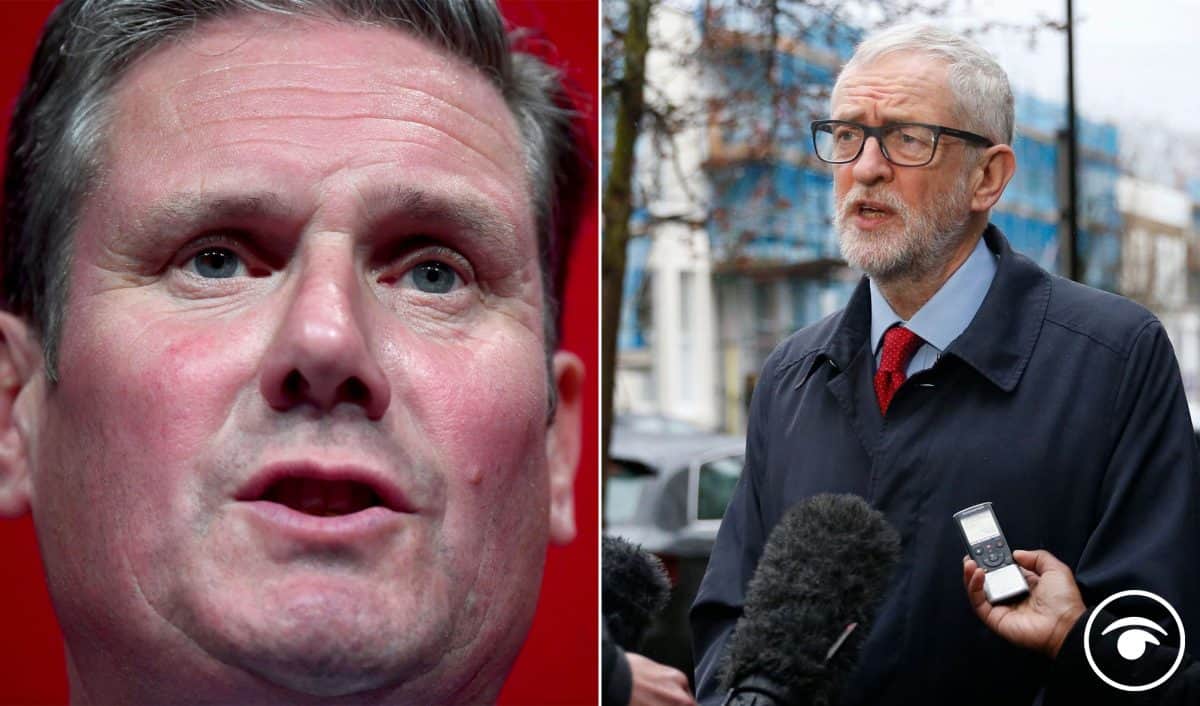 Sir Keir Starmer’s first conference speech resonated well with the British public yesterday, with more than three-fifths saying they thought he came across as competent.

But not everyone was impressed by the Labour leader’s first address.

Sky News travelled to Bassetlaw, some 215 miles away from Brighton, to canvass the opinions of locals, with many less than pleased by his first 18 months of leadership.

One woman said “he just pinches everybody’s ideas and makes out that it’s his ideas,” while others were left longing for previous leaders, namely Jeremy Corbyn.

Starmer faced chants of “shame” and calls for Labour’s leadership to support a £15 minimum wage during his first conference speech.

Critics held up red cards in protest, but the Labour leader hit back and asked whether the detractors were “shouting slogans, or changing lives”.

And he was greeted with applause when he challenged hecklers.

Sir Keir was heckled on the £15 minimum wage as he paid tribute to the NHS workers who cared for his mother and those working throughout the pandemic.

Shouts were heard of “throw them out”, and were met with sustained supportive applause for the Labour leader.

A heckle of “it was your Brexit policy” could be heard as Sir Keir spoke of a serious plan for Government.

But after being interrupted again, he replied: “You can chant all day,” before being applauded by the audience.

Stood up and spoke out

Party activist Carole Vincent, from the Leyton and Wanstead constituency in east London, said she expected to be thrown out of the party for heckling the leader – and added she did not expect Sir Keir to survive in post until the next conference either.

She told the PA news agency: “I don’t consider it to be heckling, I consider that I stood up and spoke out because it needed to be said.

“He had ignored – and this conference has ignored – people that have been standing up and asking for him to guarantee the 15% rise for the NHS, a £15 minimum wage.

“You can’t live in many major cities – not just London but other cities – on the wages that people get.”