‘Why would you do that?’: US broadcaster in shock after being told Ireland uses the Euro

"Broadcasting at its worst and also best." 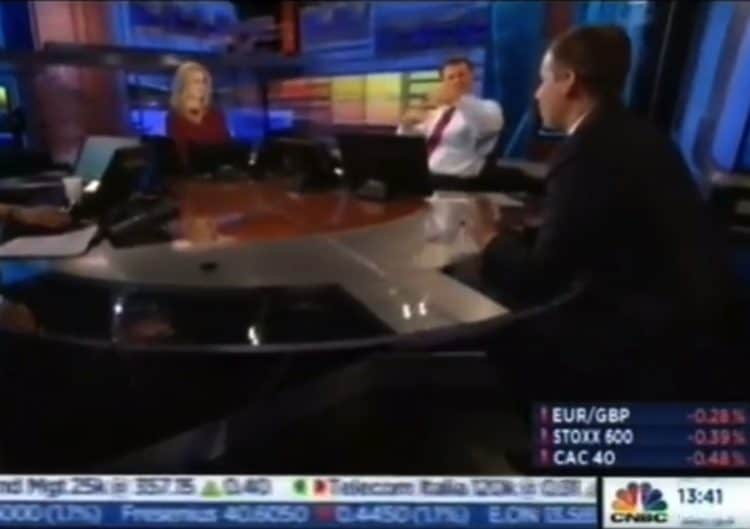 An old clip of a US broadcaster struggling to come to terms with the fact that Ireland uses the Euro has been making the rounds on social media this week.

Joe Kernen, who co-presentedSquawk Boxon the CNBC news channel, was left gobsmacked after Martin Shanahan, the CEO of Ireland’s inward investment agency the Industrial Development Agency (IDA), explained the currency situation to him.

Kernen couldn’t quite wrap his head around the fact that a) Ireland is a country independent of the United Kingdom b) Ireland was one of the first countries to adopt the Euro in 1999 and c) Northern Ireland’s currency is Sterling.

He also struggled to comprehend the use of Scottish pounds too!

As the interview with the Irish business leader from 2014 resurfaced this week, many were drawing parallels to comedy character Alan Partridge’s remorselessly ignorant comments about Ireland when receiving a pitch from TV producers.

Here’s the glorious interview in full: