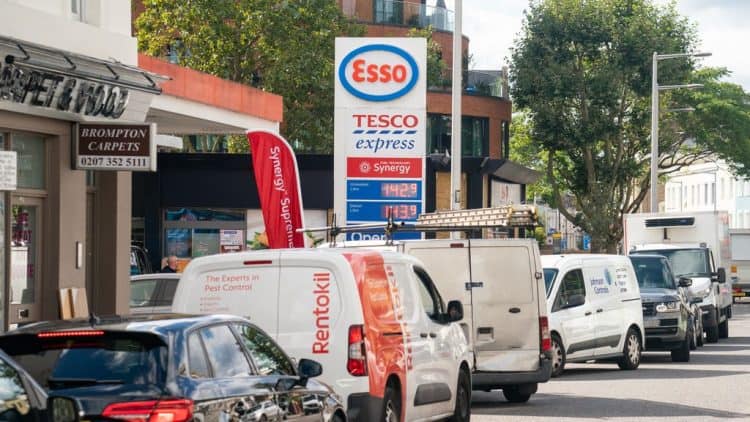 Kwasi Kwarteng looked like he was struggling to get his head around the fuel crisis after striking an upbeat tone about the number of deliveries being made to UK forecourts.

The business secretary said he thinks the “situation is stabilising” after a week of panic buying resulted in many petrol stations running out of fuel.

“If we look at the deliveries of petrol, they were matched yesterday by the sales, so that means the situation is stabilising,” he said, much to the bemusement of many readers.

He also announced soldiers could be drafted in to drive tankers in the next couple of days to help alleviate the problem and ‘save Christmas’ for the second time in as many years.

Deputy prime minister Dominic Raab has suggested offenders who have been given community sentences could be used to address the country’s lack of HGV drivers.

Mr Raab, who was made justice secretary in Boris Johnson’s recent ministerial reshuffle, dismissed Labour’s call for 100,000 migrant visas to be issued to provide sufficient drivers.

The former foreign secretary said the move would leave the country reliant in the long term on labour coming from abroad, and instead suggested the gap could be filled in another way.

“We’ve been getting prisoners and offenders to do volunteering and unpaid work,” Mr Raab told The Spectator, in comments carried by The Times.

“Why not if there are shortages encourage them to do paid work where there’s a benefit for the economy, benefit for society?

It comes as motorists say there is still not enough fuel despite The Petrol Retailers Association (PRA)’s latest survey of its members finding just over one-in-four had run dry, down from more than a third on Tuesday.

Some roads around London have become gridlocked as motorists hunted for stations that have fuel, with some carrying petrol cans, plastic jugs and water bottles to stock up, and there were even reports of violence in a handful of places.

PRA executive director Gordon Balmer said forecourt staff were being subjected to a “high level” of physical and verbal abuse from frustrated motorists.

“There are encouraging signs that the crisis at the pumps is easing, with forecourts reporting that they are taking further deliveries of fuel,” he said in a statement.

“However, we are extremely disappointed to hear many forecourt staff are experiencing a high level of both verbal and physical abuse, which is completely unacceptable.”