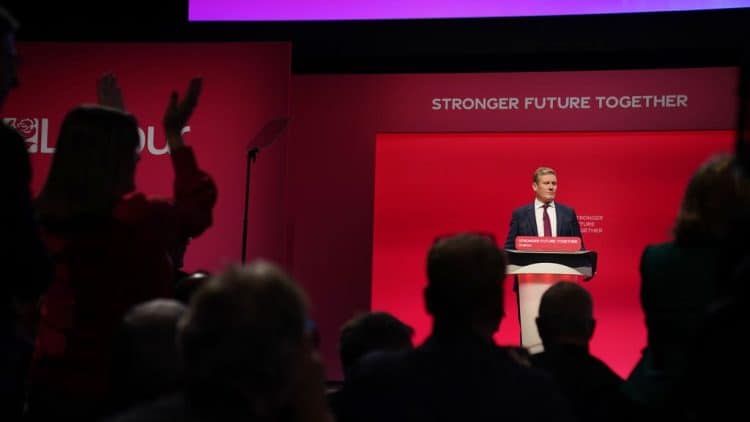 Respondents to the poll were shown a video of the highlights of the speech and then asked them a series of questions about how Starmer came across.

Fieldwork was conducted immediately after the speech and Opinium spoke to 1330 people in total. The data is weighted to be representative of the adult population.

Overall, Starmer’s speech was well-received, with Opinium calculating an overall score out of ten based on their polling responses – with Starmer scoring 5.9.

In relation to the heckling that Starmer experienced, half (52 per cent) thought it was unacceptable with just 37 per cent thinking it was acceptable.

Almost half (47per cent) are generally more on Starmer’s side from what they have seen or heard, while 18per cent are more on the side of the hecklers.

Chris Curtis, Senior Research Manager at Opinium, said: “Despite the heckling, Starmer will be happy with how his speech has gone down with the public.

“It’s normal for polling like this to tend to produce positive results because respondents see the leaders putting their arguments across unopposed.

“However, when we look at the comparisons to previous years, we can see how Starmer’s performance has gone down better than either Corbyn or Johnson’s first conference speeches.

“But we will have to wait a few days to see whether this initial positive response is enough to make voters more likely to choose the Labour Party in the polls.”