"I think it is time to end the constitutional Kama Sutra that has left us all bruised, exhausted and distracted from our families, from our friends, from our community. " 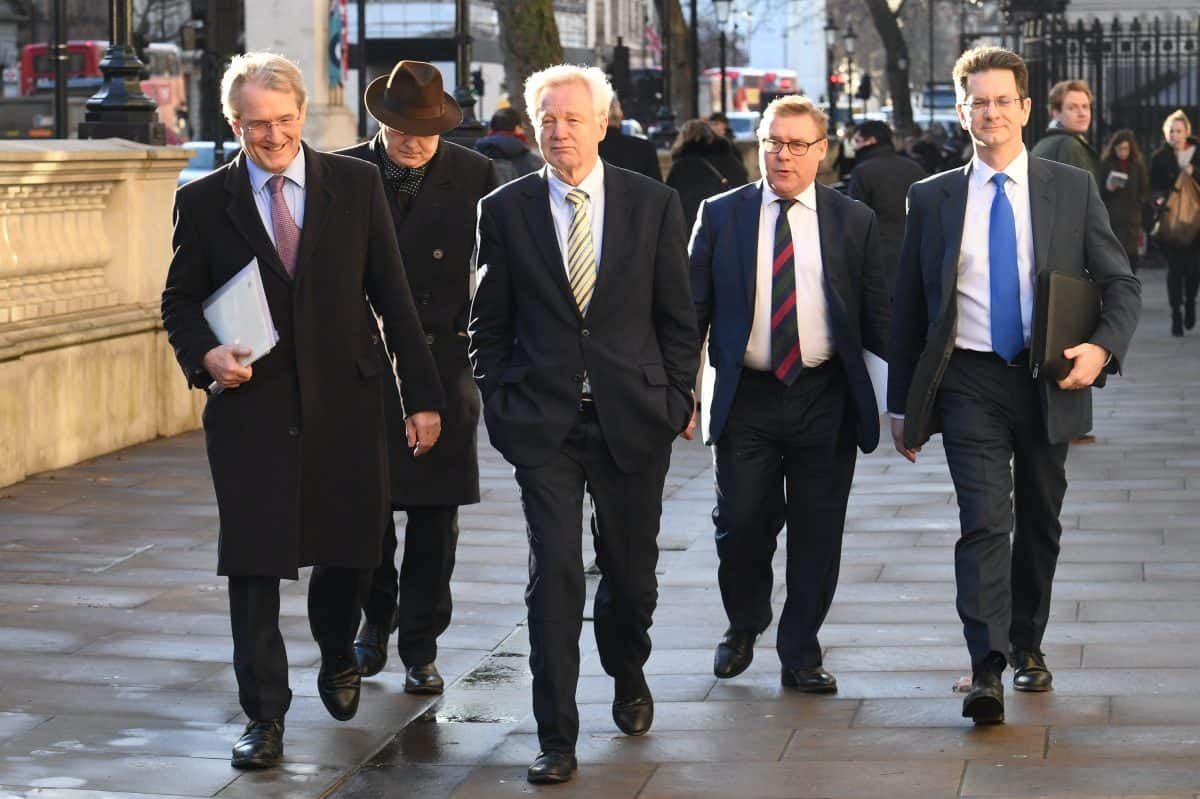 Tory MPs have hailed the end of the “battle for Brexit” as they praised Boris Johnson for securing a deal with the EU, however it seems that not many people in the UK feel it is a good deal.

In the Commons on Wednesday, the Prime Minister said the agreement would allow the UK to take control of its “national destiny”.

The deal was welcomed by several backbenchers who have long campaigned for the UK to exit the EU, with some claiming that Mr Johnson had “saved our democracy”.

Conservative former minister Mark Francois compared his Brexit-supporting colleagues to “Spartans” and suggested that they could now “lower our spears”.

Mr Francois, who chairs the European Research Group, told MPs: “Thanks to this agreement on New Year’s Eve we will finally leave the European Union forever, so perhaps Big Ben will bong for Brexit after all.

“Nigel Farage memorably said last week, ‘the war is over’. Well it sometimes has felt like a war in this place.

“So perhaps we should now take on board the advice of the Prophet Isaiah who said, ‘and they shall beat their swords into ploughshares and their spears into pruning hooks; nation shall not lift up sword against nation, neither shall they learn war any more’.

“In that case, perhaps I and my Spartan friends should now lower our spears too, but perhaps keep them to hand just in case one day someone, perhaps the leader of the Opposition, should try and take us back in.

“My colleagues in the European Research Group have fought long and hard for this day and we have sometimes been lampooned or even vilified by the Remain-dominated electronic media for our trouble.

“When all we have ever wanted is one thing – to live in a free country that elects its own government and makes its own laws here in Parliament and then lives under them in peace.”

Mr Francois added: “What I call the ‘battle for Brexit’ is now over, we won. But I suspect the battle for the union is now about to begin.

“We’re about to write a new chapter in what Sir Winston Churchill called our island’s story. But now, after a truly epic struggle, we will do it as a free people.”

Tory Sir Bill Cash (Stone) paid tribute to Mr Johnson for his achievements, which he said Sir Winston Churchill and Margaret Thatcher would have been proud of.

He said: “Our Prime Minister, a great classicist, like his hero Pericles, is the first citizen of his country, and like him has saved our democracy. Like Alexander the Great, Boris has cut the Gordian Knot.

“Churchill and Margaret Thatcher would have been deeply proud of his achievements, and so are we.

“This Bill for our future relationship with the EU provides a new exciting era for our trade with Europe and the rest of the world on sovereign terms, not those of the EU, as with the Chequers deal.”

Conservative chair of the Foreign Affairs Committee Tom Tugendhat told the Commons that it is “time to end the constitutional Kama Sutra”.

He told MPs: “I am going to recognise the European Union has made an offer and we’ve accepted it.

“We’ve made one and they’ve accepted it and I am going to respect it. And that is why I’m going to vote with the Government today.

“Now after years of acrimony and anger, I think it is time to end the constitutional Kama Sutra that has left us all bruised, exhausted and distracted from our families, from our friends, from our community. It is time to move on.”

The Brexiteer bluster aside it appears the deal has not gone down as well with the general public. Only 17 per cent saying they think it will be “good” for the country. It seems widely accepted that the deal is likely to have significant problems as we leave the EU.

With Leave voters, only 27 per cent told a survey that the deal was a seen as a success. In worrying news for Boris Johnson one in three Conservative supporters said it was a deal they liked.

HoweverYouGov  found that a majority of Britons do want MPs to approve the agreement in the Commons today – by a wide margin of 57 per cent to 9 per cent.

YouGov surveyed 7,999 adults across Great Britain on 29 and 30 December.