Experts said the focus should be on giving at-risk people the first dose of whichever vaccine they receive. 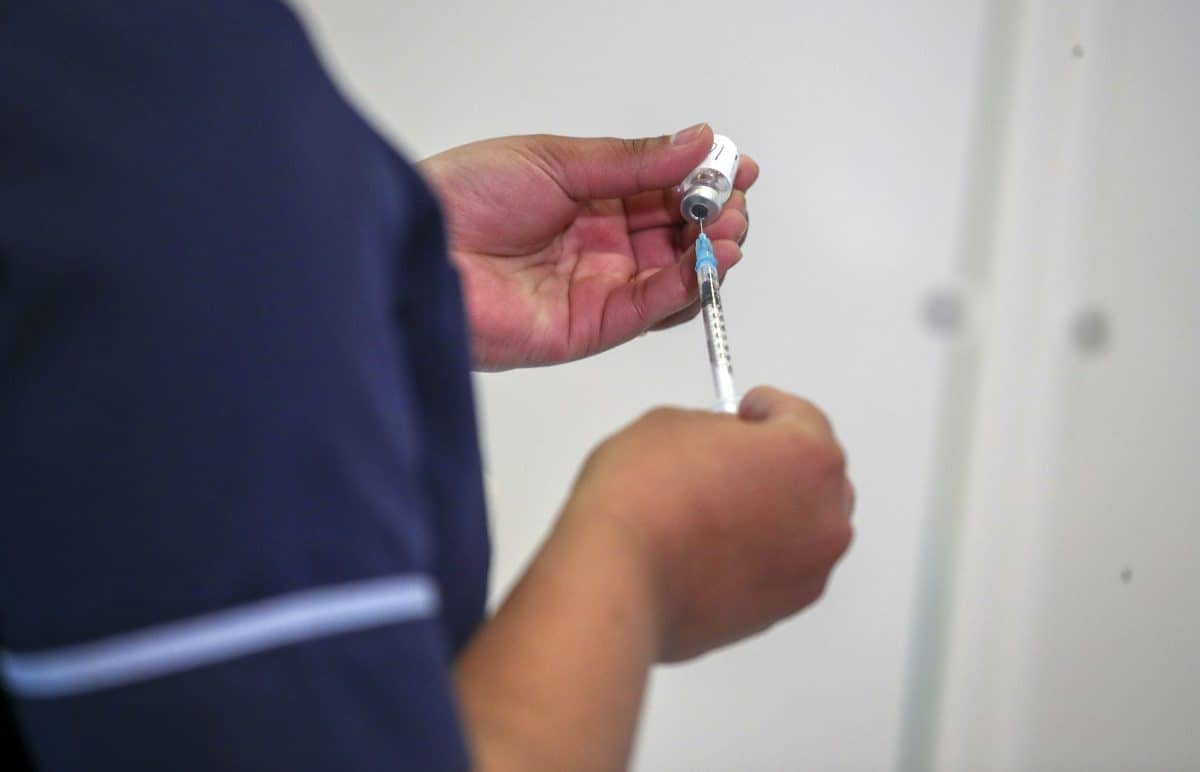 More at-risk people need to be vaccinated faster, experts have said, as they agreed to a new dosing regimen which will see a speedier rollout of the Covid-19 vaccines.

The group of experts, which advise the Government on vaccination, said that the focus should be on giving at-risk people the first dose of whichever vaccine they receive, rather than providing the required two doses in as short a time as possible.

The Joint Committee on Vaccination and Immunisation (JCVI) said that everyone who receives the Pfizer/BioNTech and Oxford University/AstraZeneca vaccines will still receive their second dose and this will be within 12 weeks of the first.

This means that the vaccines can be deployed in a way that reaches as many people as possible as quickly as possible – with the emphasis on targeting the vulnerable groups first.

‘Greatest number of people in the shortest time’

Prof Wei Shen Lim, chairman of the JCVI, said that with Covid infection rates currently at a high level, the “immediate urgency is for rapid and high levels of vaccine uptake”.

He said that after a first dose people acquire a high level of protection, and the JCVI therefore recommends delivery of the initial dose should be prioritised for both the Pfizer and AstraZeneca vaccines.

“The second vaccine dose is still important because it may impact on the duration of protection. We recommend that the second dose is given up to 12 weeks after the first dose.”

Professor Sir Munir Pirmohamed, chairman of the Commission on Human Medicines expert working group on Covid-19 vaccines, added: “Because of the design of the trial, some people got second doses at different time intervals.

“This allowed an analysis of the effectiveness of the vaccine if you were to be able to delay between four to 12 weeks.

“This showed that the effectiveness was high, up to 80%, when there was a three-month interval between the first and second doses, which is the reason for our recommendation.”

Some scientists have welcomed the decision, saying it will allow greater “flexibility” in the vaccination programme.

But pharmaceutical giant Pfizer said that it only assessed its vaccine on a two-dose regimen whereby people were given the jab three weeks apart.

In a statement it said: “Pfizer and BioNTech’s phase three study for the Covid-19 vaccine was designed to evaluate the vaccine’s safety and efficacy following a two-dose schedule, separated by 21 days.

“The safety and efficacy of the vaccine has not been evaluated on different dosing schedules as the majority of trial participants received the second dose within the window specified in the study design.

“Data from the phase three study demonstrated that, although partial protection from the vaccine appears to begin as early as 12 days after the first dose, two doses of the vaccine are required to provide the maximum protection against the disease, a vaccine efficacy of 95%.

“There are no data to demonstrate that protection after the first dose is sustained after 21 days.

“While decisions on alternative dosing regimens reside with health authorities, Pfizer believes it is critical that health authorities conduct surveillance efforts on any alternative schedules implemented and to ensure each recipient is afforded the maximum possible protection, which means immunisation with two doses of the vaccine.”

Commenting on the decision, Stephen Evans, professor of pharmacoepidemiology at the London School of Hygiene & Tropical Medicine, said: “The decision to allow both the currently UK authorised vaccines to be given with a greater delay between doses to maximise the numbers getting one dose as rapidly as possible is a sensible one.

“It cannot have been an easy decision, since the evidence on the efficacy of one dose was more limited, but the crisis in the UK requires more than the usual regulatory approach.”

Ian Jones, professor of virology at the University of Reading, added: “A level of immunity sufficient to prevent severe disease can be generated after only one inoculation of this vaccine so the revised JCVI advice to prioritise giving those at risk their first dose is a sensible idea.

“It will allow more people in this group to be treated with initial supplies, reduce the threat of hospitalisation from Covid-19, and accelerate the return to normality.”

He added: “It is much better to vaccinate as many people as possible with one dose, than half that number of people with two doses in the next few months.”