Just hours after Liam Fox told BBC Radio 4’s Today programme that the Brexit deal with the European Union “should be one of the easiest in human history,” the second round of Brexit talks broke down. EU chief negotiator Michel Barnier warned of “fundamental divergences.” With the clock ticking and nearly 113 days past since Article […] 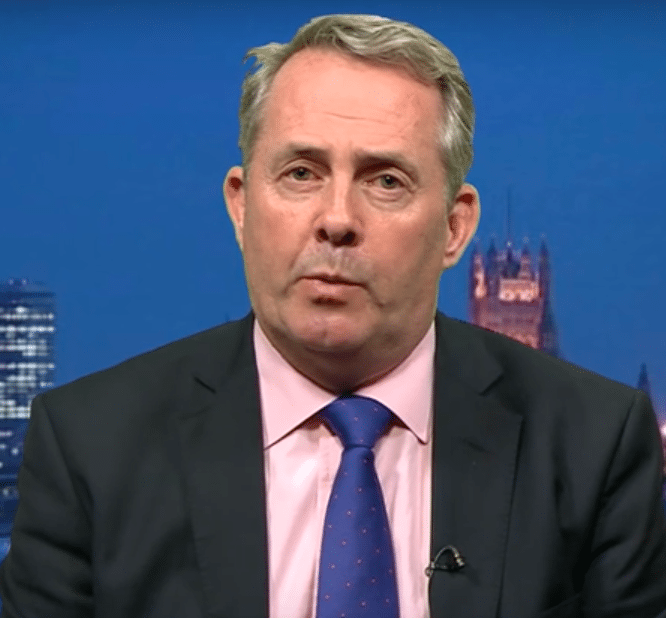 Just hours after Liam Fox told BBC Radio 4’s Today programme that the Brexit deal with the European Union “should be one of the easiest in human history,” the second round of Brexit talks broke down. EU chief negotiator Michel Barnier warned of “fundamental divergences.”

With the clock ticking and nearly 113 days past since Article 50 was triggered, there still appear to be “fundamental divergences” between the Conservative cabinet members on what the UK’s priorities should be.

Despite the Chancellor of the Exchequer Philip Hammond warning that no deal with the EU would be a “very, very bad outcome” for the UK, Trade Secretary Liam Fox this morning sounded relaxed about the prospect of no deal. Fox insisted that Britain could “of course survive with no deal and we have to go into a negotiation with those on the other side knowing that that’s what we think.”

Though the Eurosceptic MP quickly backtracked: “of course we want to come to a full and comprehensive deal with the European Union. Why? Because it is good for the people of Britain and it’s good for our economy, it’s good for the consumers and the workers of Europe and their economy.”

Of course, the prospect of trade barriers going up overnight in March 2019 certainly won’t be “good for the consumers and the workers of Europe.” Despite Fox insisting that Britain is negotiating “one of the easiest” deals “in human history,” his colleague Brexit Secretary David Davis was on the defensive just hours later.”

“there’s a lot left to talk about”

“Overall I’m encouraged by the progress we have made on understanding each other’s positions,” beamed Brexiteer-in chief Davis at a Brussels press conference. “We have had robust but constructive talks this week. Clearly there’s a lot left to talk about and further work before we can resolve this,” added Davis, who had been criticised in the press this week for posing in photographs at the Brexit talks with no extensive notes like his counterparts and turning up for only half a day.

Michel Barnier this afternoon warned that the UK team was failing to offer a position of “convergence” on the Brexit bill and the rights of EU citizens in the UK – which the EU insist must be guaranteed by the European Court of Justice. “Citizens must be able to identify the legal certainty that they need for their day-to-day lives,” Barnier added. And he again reiterated that the talks could not move on until David Davis’ team gave the “clarification needed” on citizens’ rights and how Britain’s “accounts must be settled.”

He also insisted that the thorny question of the border between Northern Ireland and the Republic of Ireland needed to be tackled as an urgent priority.

Appearing with Barnier, David Davis seemed to recognise that Britain’s costly bill for leaving the EU and ongoing financial commitments would be met, adding the Brexit Secretary, sent out a conciliatory message on the exit bill, insisting the EU and UK “recognise the importance of sorting out responsibilities we have to each other.” He also took the opportunity to deny splits and in-fighting in the Tory cabinet over whether Britain would be damaged by leaving the EU with no deal, despite Philip Hammond’s dire warnings.

“The lack of progress in these negotiations is deeply concerning and does not bode well for the future,” warned Shadow Brexit Secretary Keir Starmer today, “on issues such as the rights of EU citizens in the UK and UK citizens in Europe, Labour has been calling for action since July last year. 12 months later, after having been promised a swift resolution of the issue, we learn today that there remain “fundamental divergences” on this key issue. This means more waiting and more anxiety for millions of families.

“The lack of progress on this and other issues also calls into question whether phase two of the negotiations can commence in October.

“That will trigger deep concern for businesses and communities across the U.K, who need much greater certainty and reassurance than they are getting from this Government.

“The reality is that we have a Government that is unprepared, divided and incapable of securing a good deal for Britain.”

Liberal Democrat Brexit spokesman, Tom Brake also hit out at the Tory team: “It’s now been 113 days since Article 50 was triggered and we have seen almost zero progress on even the most basic issues.

“With each day that passes, the likelihood of a catastrophic, disorderly Brexit increases.”

– A message that clearly hasn’t got through to Liam Fox insisting that the Brexit deal with the EU will be the easiest in history. As it is the first time anyone has left the EU that could literally be true, I guess.

“personality issues doesn’t either do the Conservative party, the government or the country any good”

Though Fox – who in 2011 resigned in disgrace as Defence Secretary for breaking the ministerial code – did concede that making a deal would probably not be easy in practice: “The only reason that we wouldn’t come to a free and open agreement is because politics gets in the way of economics.”

Asked about his future and of the PM, who is under increasing pressure with numerous leaks rom Cabinet meetings, Fox said: “I think the prime minister is likely to be there for the rest of this parliament. I think she has the support of her colleagues in the House of Commons,” he said.

“I think she has a mandate to be the prime minister. I don’t think there is anything to be gained by speculation about leadership.

“We’ve got a job to do, a historic task and that’s what we should concentrate upon, and to be diverted into personality issues doesn’t either do the Conservative party, the government or the country any good.”