"The referendum was five years ago now, we don’t want further division. We accept we’ve left, we’ve got a deal, let’s make it work.” 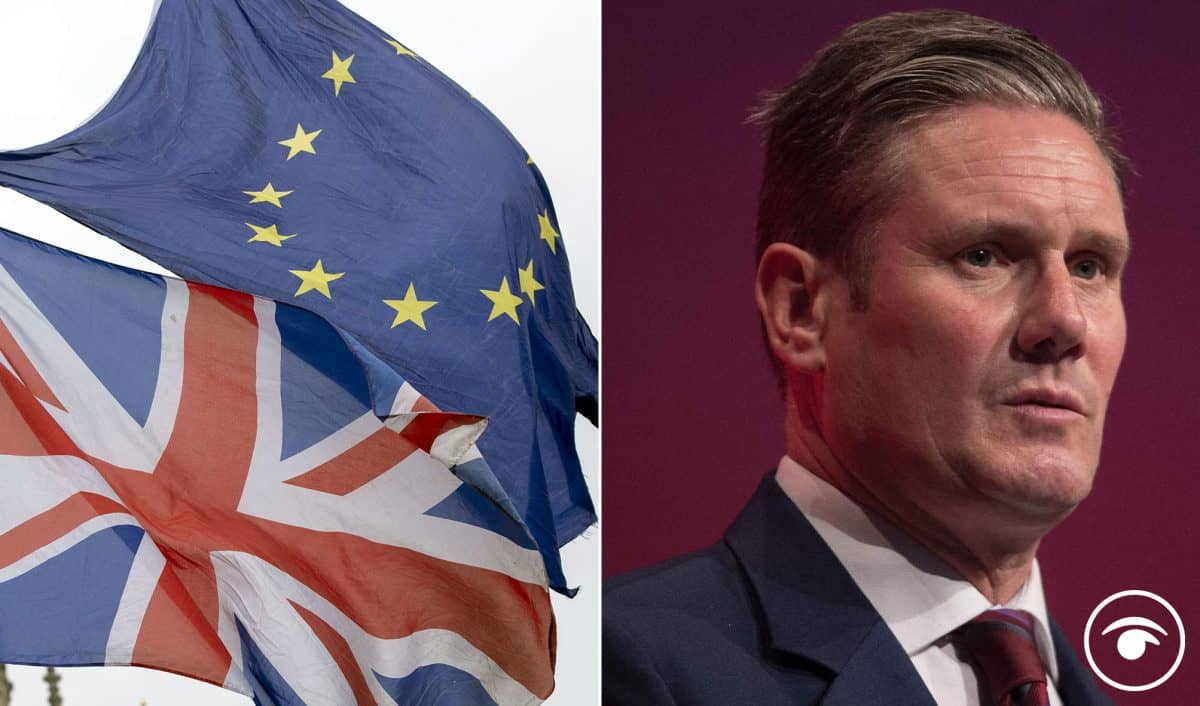 Sir Keir Starmer said Labour would not fight “yesterday’s wars” as he defended the party’s pro-EU candidate in the Hartlepool by-election.

Dr Paul Williams, who was an opponent of Brexit and backed a second referendum, is standing in the constituency in which almost 70% voted to Leave in the 2016 referendum.

“That’s the position of the Labour Party.

“We can’t go on fighting yesterday’s wars. The referendum was five years ago now, we don’t want further division. We accept we’ve left, we’ve got a deal, let’s make it work.”

'What do you stand for?'

This was Sir Keir Starmer's response to a lifelong Labour supporter who says she doesn't understand what he stands for.#CallKeir | @Keir_Starmer | @NickFerrariLBC pic.twitter.com/mJPBUxIRHe

The by-election will be a key test of Sir Keir’s leadership as he seeks to defend a seat in Labour’s heartlands after so much of it fell to Boris Johnson’s Tories in the 2019 election – with Brexit a major factor.

The UK’s exit from the European Union and the deal struck at the end of 2020 may have changed the political landscape, but the contest will be an indication of Sir Keir’s ability to connect with voters in the so-called “red wall” of traditionally Labour seats.

Sir Keir said the contest would offer a choice between a frontline NHS doctor and a Government “that actually wants to cut, effectively, the pay of those who have been working on the front line in the pandemic”.

Dr Williams said on Friday that he “wouldn’t dream of making comments like this now” after the decade-old messages came to light.

The former MP was selected as the constituency’s candidate after Mike Hill resigned from the Commons amid sexual harassment allegations.

Sir Keir said: “The moment I was challenged on that I said it’s inappropriate, he shouldn’t’ have done it, it’s wrong, he has deleted it and apologised.

“It’s inappropriate and I’m not going to shirk from that.”

Spent my first day as Labour’s candidate for Hartlepool working in a Covid clinic, and I’ll be working in the NHS over the weekend too. pic.twitter.com/sxpChb9wG7

The Labour leader also faced criticism from Unite union boss Len McCluskey, who warned Sir Keir will be “dumped into the dustbin of history” if he continues his attacks on the party’s left.

Sir Keir said: “We haven’t spoken for some time. Len and I have got a pretty straightforward relationship: when we agree, we agree; when we disagree, we agree to disagree.

Sir Keir was challenged during his LBC phone-in by a Labour supporter who said “you don’t speak to me because I can’t decipher what you actually stand for”.

The Labour leader said: “I want to change things for the better, I want to make sure that as we come out of this pandemic we use it as an opportunity to say ‘Britain can be better than this, we don’t want to go back and patch up where we were when we started, we want to go onto something much better for the future’.”