"Coming back to this because white racists love sprinkling BLM in their outrage tweets like coriander." 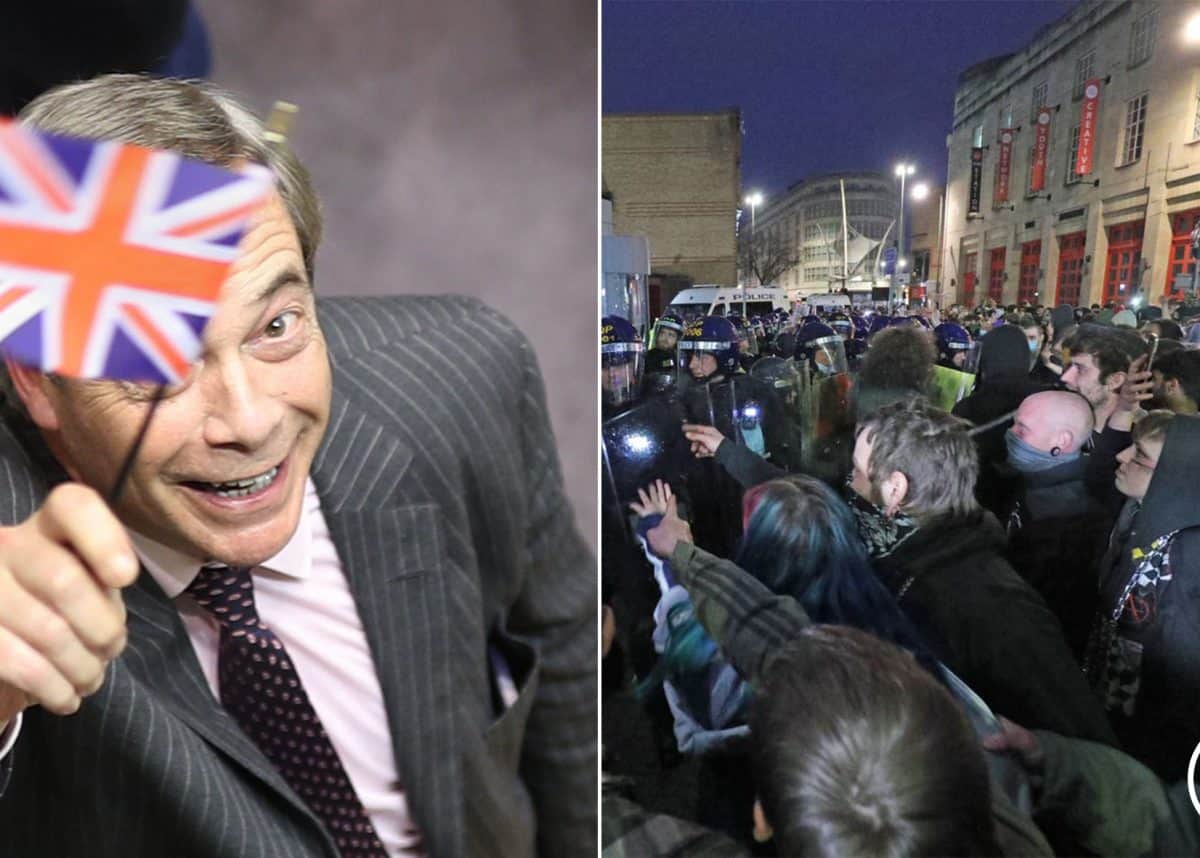 Violent scenes which marred a “Kill the Bill” protest in Bristol that saw a police station attacked, officers injured and vehicles set alight have been widely condemned.

Nigel Farage also waded in with his thoughts on who was to blame for the scenes yesterday.

He Tweeted: “In Bristol tonight we see what the soft-headed approach to the anti-police BLM leads to. Wake up everyone, this is not about racial justice. These people want all-out anarchy and street violence.”

In Bristol tonight we see what the soft-headed approach to the anti-police BLM leads to.

Wake up everyone, this is not about racial justice.

He bizarre claim that BLM protesters were behind the violence saw was called out on Twitter.

“What’s #BristolProtest got to do with #BlackLivesMatter? It’s only because UK is institutionally racist that you ALWAYS get away with using RACIST rhetoric to deflect & distract WHILE YOU FAN THE VIOLENT FLAMES OF #WhiteSupremacy You are a disgusting waste of space Nigel Farage.”

What's #BristolProtest got to do with #BlackLivesMatter? It's only because UK is institutionally racist that you ALWAYS get away with using RACIST rhetoric to deflect & distract

WHILE YOU FAN THE VIOLENT FLAMES OF #WhiteSupremacy

You are a disgusting waste of space Nigel Farage

Farage deliberately posting disinformation. These protests were about the removal of British people's right to peaceful protest. It's called “#KillTheBill”. The violence was separate to an earlier, peaceful, protest. When is @Twitter going to ban this peddler of disinformation? https://t.co/IuvlVuk8rm

Coming back to this because white racists love sprinkling BLM in their outrage tweets like coriander. Definition of rent FREE! https://t.co/6UEBmphQnS

The #KillTheBill protests haven’t even been about Black lives specifically, but the fact that you are trying to spin this narrative confirms what we already knew which is that you are certified racist, who incites other racists. Please, abeg, go fuck yourself. https://t.co/q1ocLubHHw

What’s this got to do with BLM?

A group called the ‘Angry Foxes Cell‘ burned down a police training centre worth £16 million near Bristol in 2014.

You might not know it living in the London media bubble Nigel, but Bristol hits different. Always has. https://t.co/3LVIweKVAR

It’s got nothing to do with race, you idiot. https://t.co/oxrQC16O1r