“It’s a terrific one for our opponents," a Brexit Party spokesperson said. "I’m sure they could come up with some phenomenal metaphors" 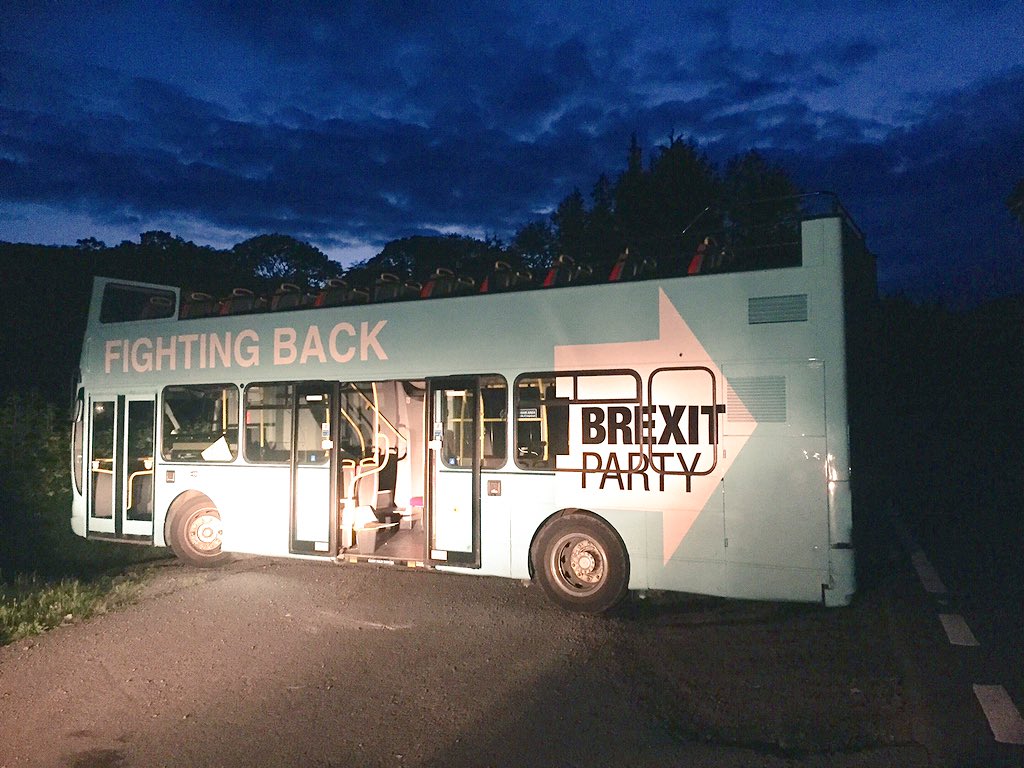 A Brexit Party bus has been towed after it was pictured empty with its doors open on the side of a road in Wales.

After pictures were shared on Twitter of the bus blocking a lay-by in the Brecon Beacons on Saturday night, some speculated it had been left there as a “bizarre publicity stunt”.

However, the party has confirmed that it suffered a mechanical failure.

BBC Wales journalist Sue Charles found the bus and was initially concerned it had been in an accident, but then saw it was abandoned.

“The doors were still open… it was at a right angle on a lay-by… it just looked very odd,” she told PA.

Haydn Rushworth, press officer for the Brexit Party in Wales, had been campaigning on the bus earlier on Saturday and explained there had been a “mechanical glitch” while the driver was travelling alone in the evening and had pulled over.

“It wasn’t a publicity stunt, no-one had hijacked it, it wasn’t Ukip stealing it and abandoning it,” he told PA.

“I’ve heard some great stories – unfortunately it was just a breakdown.

“It’s a terrific one for our opponents, I’m sure they could come up with some phenomenal metaphors… I’m not going to be the one that comes up with them.”