"Show me one speech by one Scots Nat who said ‘It’s over. Oh, yes, we lost. Let’s be good boys and girls and let’s accept it’." 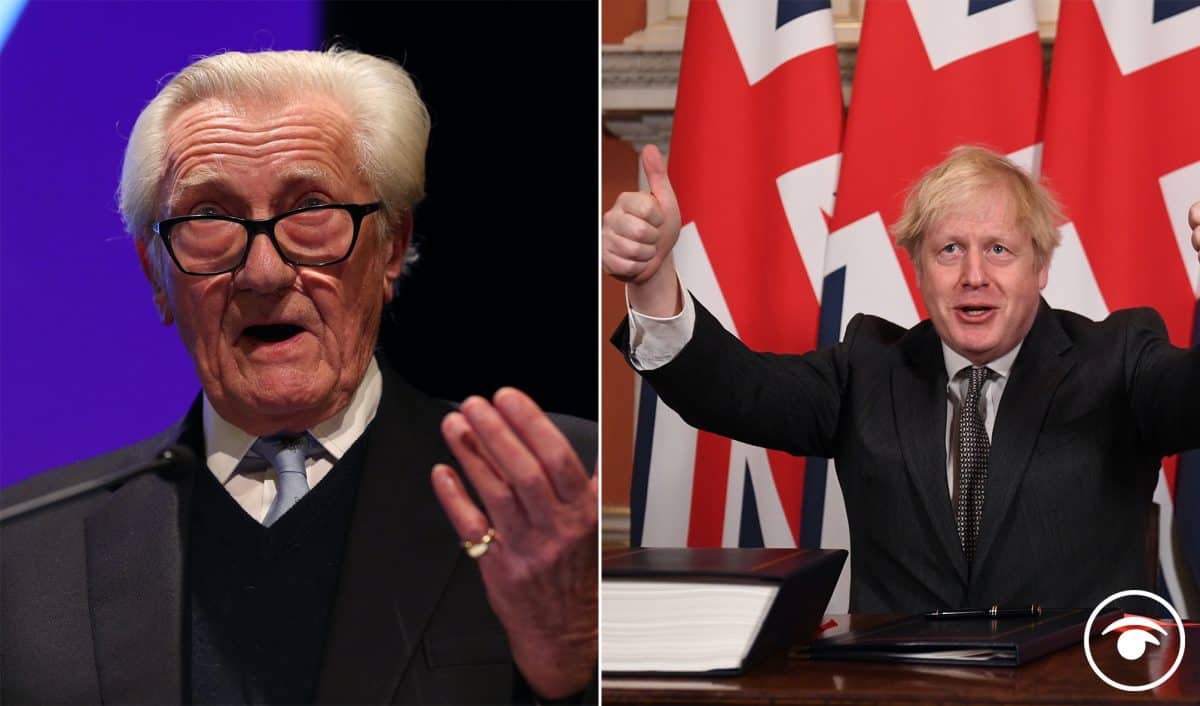 The Prime Minister said leaving the single market and customs union meant the UK has “taken back control of our money, our laws and our waters”.

The EU had provided the UK with a “safe European home” during the 1970s, but the country has now “changed out of all recognition” with global perspectives, he said.

Mr Johnson, writing in the Daily Telegraph, said the “great new deal” with the EU secured on Christmas Eve honours the “most basic promises” of the 2016 referendum and meant the UK has “taken back control of our money, our laws and our waters”.

However, this positive message is not shared by all, including within his own party. Now Lord Heseltine has called for pro-Europeans to “fight back” and battle to rejoin the EU.

The former deputy prime minister cited the stance of the SNP in pushing for another referendum on Scottish independence as the way forward for Remainers, despite the UK formally leaving the Brexit transition arrangements on New Year’s Eve.

Lord Heseltine insisted that as the 52%-48% decision to quit the EU was so close, pro-Europeans must not “lie down”, but follow the example of the SNP.

The ex-Cabinet minister told Times Radio: “You have got a country which is deeply divided and it is very important to give hope and keep alive the aspirations of the younger generation.

“Of course we must fight back.

“There are millions of people who feel just as strongly as I do, and we are not going to lie down.”

Lord Heseltine derided the last-minute post-Brexit trade deal with Brussels, and branded Prime Minister Boris Johnson’s comments on the UK’s exit from the bloc as “ludicrous”.

He said: “We have got a deal which is an ongoing battleground for dissention, and disruption, that’s all we have got.

“And, the idea that that’s going to be static and set in stone – well, just take the Scots Nats, they lost the referendum. Show me one speech by one Scots Nat who said ‘It’s over. Oh, yes, we lost. Let’s be good boys and girls and let’s accept it’.

“Of course they didn’t. They immediately said ‘we nearly won – we must have another go’.

“And I take very much the same view about British self-interest.

“Our self-interest is to be at the heart of Europe. It has been that way for a thousand years.”

Lord Heseltine, a firm unionist, also said the post-Brexit trade deal would work as a “recruiting sergeant” for Scottish nationalism, as the SNP pushes for another referendum on independence.

The comments came after Mr Johnson said the UK quitting the single market and customs union meant the country has “taken back control of our money, our laws and our waters”.