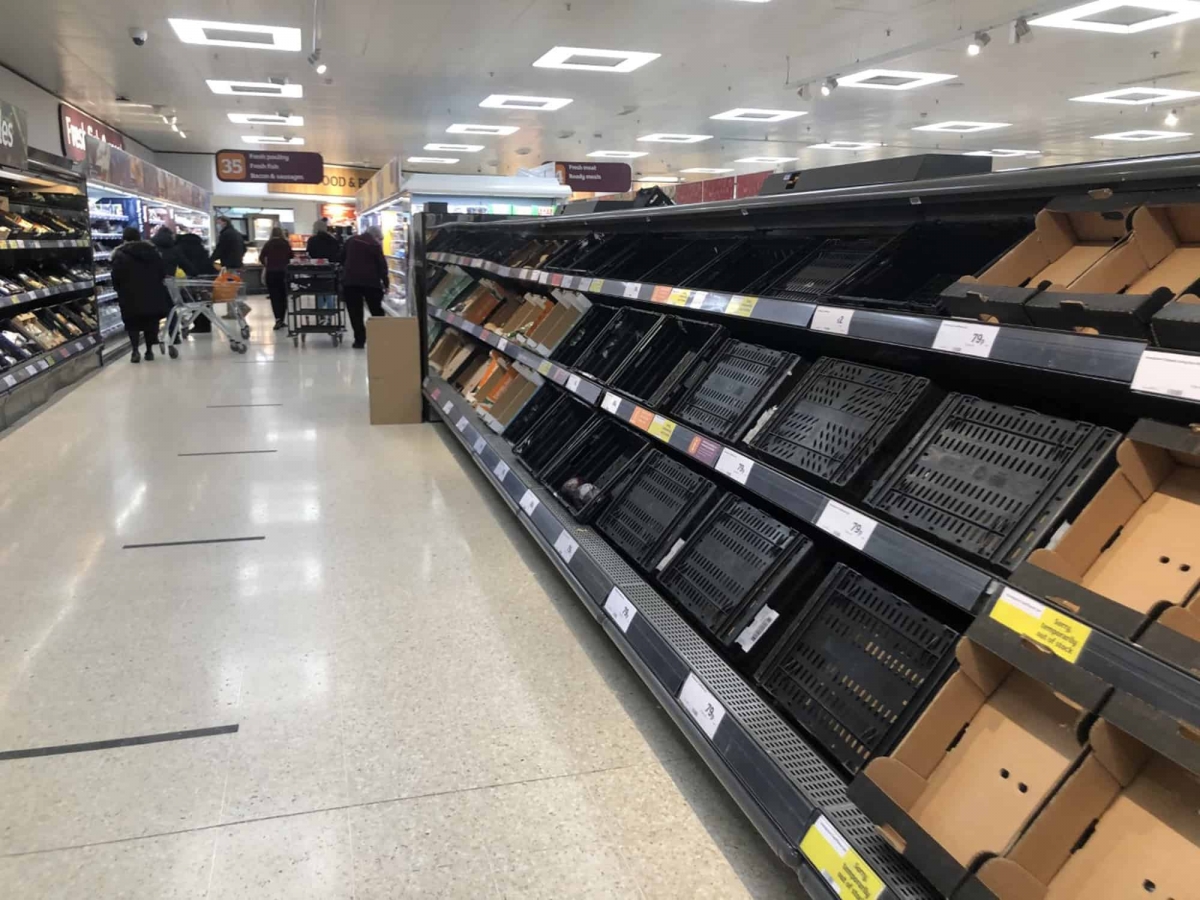 Depleted shelves in Sainsbury's at the Forestside shopping centre in Belfast. Credit;PA

A grace period that limits the level of red tape required to move retail food products from Great Britain to Northern Ireland runs out at the end of March.

Once that exemption expires supermarkets will have to comply with more rigorous animal health certification processes under the terms of Brexit’s Northern Ireland Protocol.

With depleted supermarket shelves already in evidence in Northern Ireland with the lighter-touch trade controls, Agriculture Minister Edwin Poots warned of a “major crisis” once the grace period ends.

“That is a major crisis and I have raised this with (senior Cabinet minister) Michael Gove.

“That is an outrageous situation that we in Northern Ireland have been put in as a result of the protocol negotiated between the UK Government and the European Union.”

Under the terms of the Northern Ireland Protocol, the region has remained in the single market for goods. That requires strict health checks on animal-based food products being shipped from Great Britain.

Some products are prohibited from entering Northern Ireland at all under single market rules.

Sausages and other chilled meats, which are on that banned list, have been granted a six-month grace period to enable their import from GB to continue until June using temporary Export Health Certificates.

Mr Poots rejected suggestions his party was partly to blame for the situation, given its support for Brexit and its opposition to the withdrawal deal negotiated by former prime minister Theresa May.

Mrs May’s version of Brexit did not include the same economic barriers on GB-NI trade, with the Northern Ireland Protocol later negotiated by her successor Boris Johnson.

Mr Poots insisted those who advocated the protocol, as a means to keep trade flowing freely across the Irish border, should shoulder responsibility for the “unmitigated failure” of the new trading arrangements.

He singled out the Irish Government, Sinn Fein, the SDLP and Alliance Party for criticism.

Senior DUP figures have urged the UK Government to invoke the Article 16 mechanism within the Northern Ireland Protocol to halt its operation.

The Prime Minister has said he will not hesitate to invoke the article if the protocol is causing economic harm, however he has characterised the disruption witnessed since the end of the transition period as “teething problems”.

“He’s peddling panic needlessly to divert the gaze of angry supporters who are angry at Irish Sea Border,” he tweeted.