The former Brexit negotiator said Britain's initial vaccine rollout was one of the 'minor' successes - although even that is disputed. 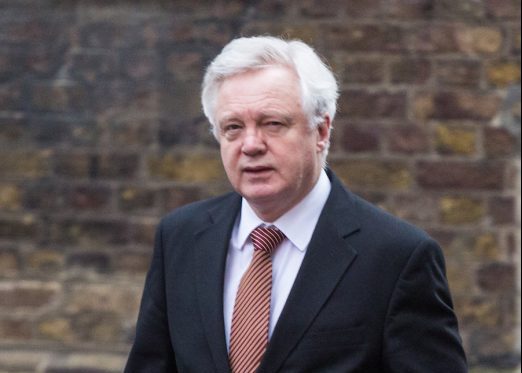 Brexit has failed to deliver any economic benefits, the man who negotiated Britain’s withdrawal from the European Union has said.

The UK is expected to endure the worst downturn of any major economy next year, the Organisation for Economic Co-operation and Development (OECD) revealed today.

The global economic thinktank has sharply downgraded its forecasts for the UK economy, predicting it will shrink by 0.4 per cent in 2023 and grow by just 0.2 per cent in 2024.

As recently as September, it was expecting GDP to flatline next year.

It comes on the back of projections from the Office for Budget Responsibility (OBR), which found Brexit will result in the UK’s trade intensity being 15 per cent lower in the long run than if the UK had remained in the EU.

Commenting on the economic impact of the split, Davis admitted on Times Radio that “we haven’t seen any economic benefit for having left the EU”.

He pointed to “minor” successes, such as the UK beginning delivery of Covid vaccines in 2020 before the rest of Europe – although it is strongly disputed that this was a Brexit freedom.

Related: Beyond satire: Farage calls for referendum on FIFA membership