Rishi Sunak has a battle on his hands to distract voters from the economic reality of life outside Europe. 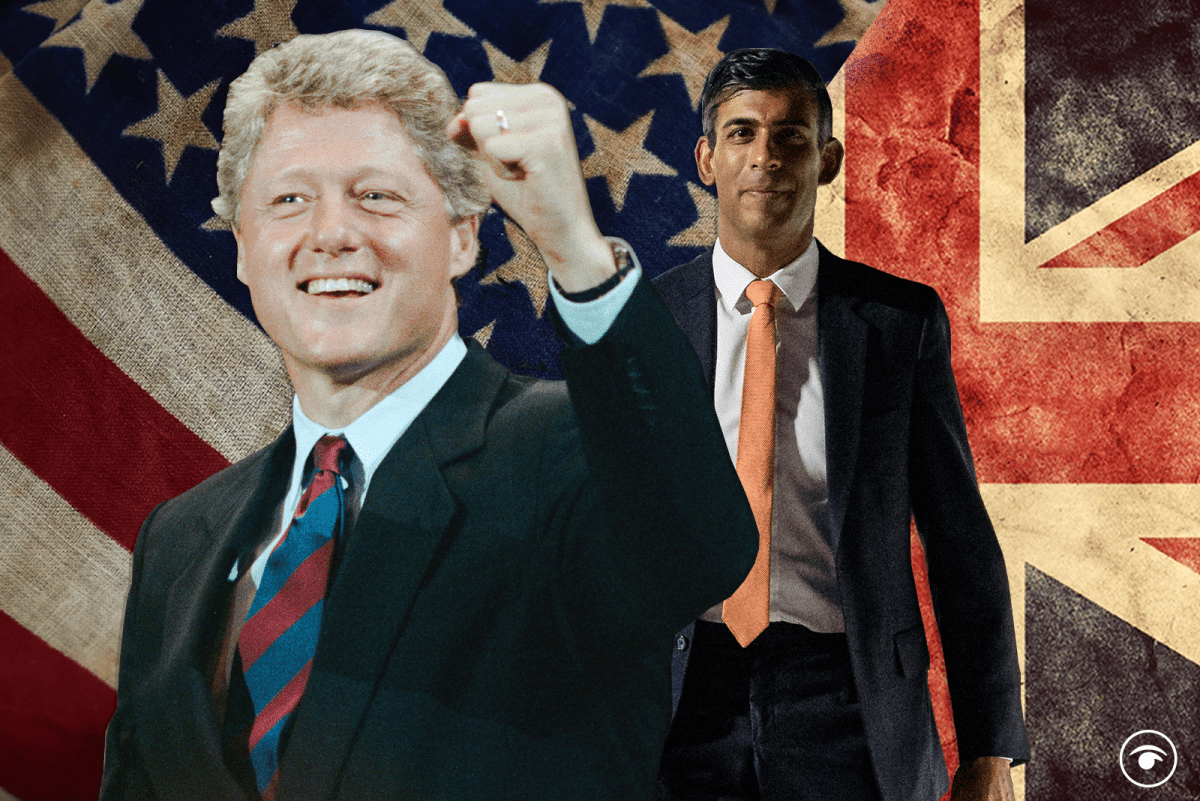 Good morning. In 1992, a little-known politician from Arkansas was selected for the Democrats in America to mount an unlikely presidential bid against the hugely popular George Bush. With a coalition victory in the Persian Gulf War and high approval ratings, many leading Democrats declined to seek their party’s presidential nomination, believing the outcome to be a foregone conclusion. But economic headwinds, a stranglehold on employment opportunities and a high tax agenda gave the challenger a big enough platform to campaign on. The politician’s name? Bill Clinton. His election slogan? ‘It’s the economy, stupid’.

Fast forward 30 years and received wisdom would, until recently, have suggested that talk of Britain re-joining the European Union was seriously premature. The referendum result in 2016 was compounded by Boris Johnson’s rampant 2019 election victory which left no doubt in the mind that a clean break was on the cards. But few people could have expected it to have unravelled quite so quickly. Pledges to ‘take back control of our borders’, fund the NHS, drive up wages and drive down the price of everyday items have been exposed to be complete fallacies, leaving most Brexiteers clinging to the somewhat dubious claim that we had a faster vaccine rollout than other countries as the sole item on their lean list of possible upsides.

Evidence to suggest that Brexit has resulted in long-term, significant economic damage, meanwhile, is there for all to see. The Office for Budget Responsibility (OBR) says Brexit has had a “significant adverse impact on UK trade”, estimating that the split will result in the UK’s trade intensity being 15 per cent lower in the long run than if the country had remained in the EU. The Institute for Fiscal Studies (IFS) finds “very clearly, Brexit was an economic own-goal”, while the Bank of England predicts we are about to enter the ‘longest recession in modern history’ with negative growth expected up until the first half of 2024. Compared to other G7 nations, Pantheon Macroeconomic say, the UK will be the first into recession and the last out, showing far less resilience to the global forces dampening growth elsewhere.

Early indications suggest our little economic pickle is being recognised by the British public. Polling shows the economy has restored its place as the biggest issue on most people’s minds having been briefly supplanted by ‘leaving the EU’ between 2016 and 2019. The research coincides with a separate poll showing the largest-ever lead for ‘Wrong to Leave’ since the initial split six years ago. Overall, 56 per cent of Brits think the UK was wrong to leave compared to 32 per cent who still believe it was the right decision. It equates to a massive 24-point gap.

This is significant because, as ITV’s Robert Peston notes, the economic case for a better trading relationship with the EU has always been “straightforward and obvious”. The politics, on the other hand, is the bit that is completely toxic. The more voters become aware of the economic implications of Brexit rather than focussing on political sloganism the easier the case for rejoining will become. After all, President Bush held an almost-unprecedented 89 percent approval rating when an obscure Democratic governor named Clinton hoped to unseat him, and we all know how that worked out.