Beyond satire: Farage calls for referendum on FIFA membership

Nothing more than a bunch of "unelected and unaccountable referees and faceless foreign bureaucratic ‘lines judges". 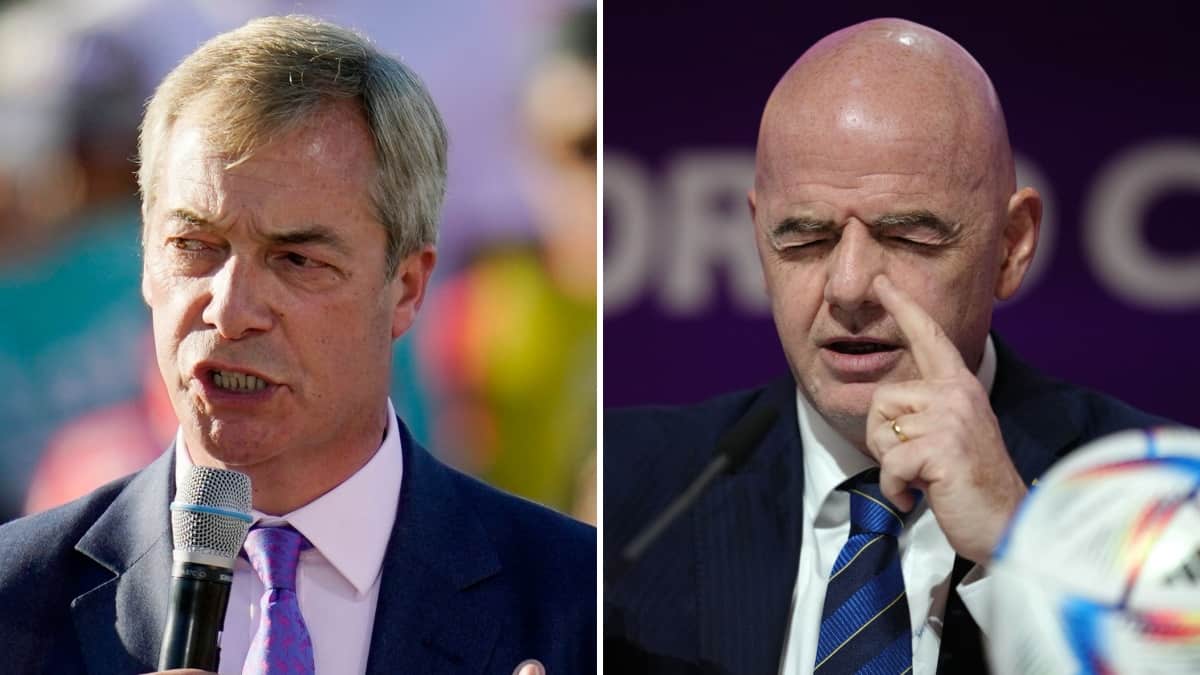 Nigel Farage is back on the referendum bandwagon – and this time he’s primed his gaze on FIFA.

Acknowledging the fact that awarding Qatar the World Cup has been controversial, the former UKIP leader took aim at Gianni Infantino, arguing the organisation is no longer fit for purpose.

His comments echo a satirical piece published by Otto English in 2018 after England were beaten for a second time by ‘mussel-eating Belgians’.

In it, English fumed that FIFA is nothing more than a bunch of “unelected and unaccountable referees and faceless foreign bureaucratic ‘lines judges”.

“That is why I am calling for a FIFAexit”, he said, once again proving that satire is, indeed, dead.