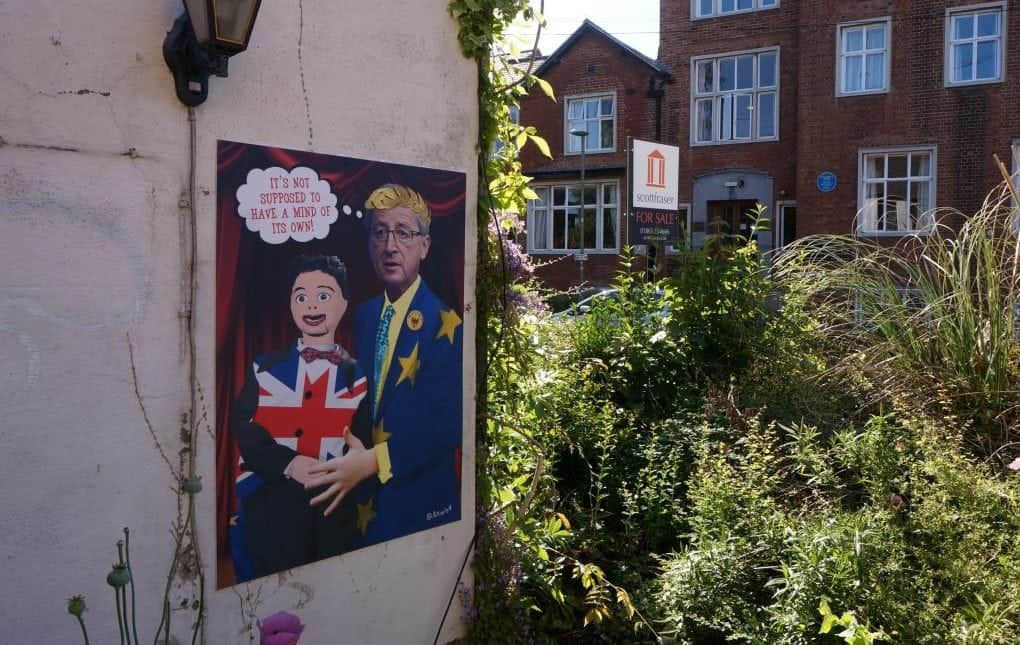 A graffiti artist has depicted the UK as dove escaping an EU birdcage to mark the two-year referendum anniversary.

Athirty4 also portrayed the country as a ventriloquist dummy sitting on EU commissioner Jean Claude-Juncker’s lap in a separate piece.

The provocative artwork, on a footbridge and derelict house around Oxford, voices his concerns about staying in the Customs Union post-Brexit. 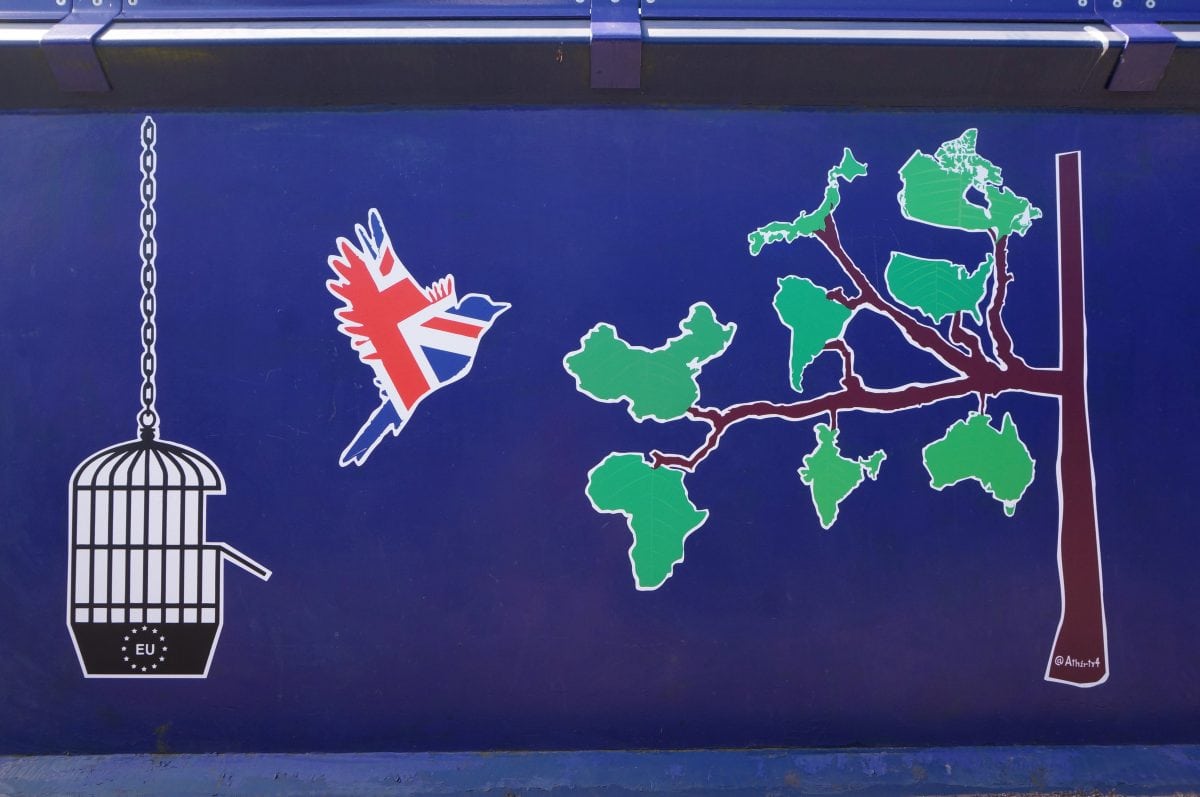 He claims the UK will become caged by the EU – or their dummy – should an agreement to stay in the Customs Union is made.

The cage images shows a bird flying towards a tree with leaves shaped like countries “the UK could forge trade deals and new alliances” with, the artist said.

The dummy piece is to remind people “we have a voice of our own” and “not merely a mouth piece for said Juncker and co”.

Athirty4 said: “Should the Remainers get there way, and keep us in the Customs Union and Single Market, we’ll be back where we were before the 2016 referendum – but without a voice inside the EU.

“We’ll be a dummy on a ventriloquist’s knee. The worst case scenario.

“In the other piece, the bird is flying towards a tree which has leaves made of nations around the world.

“The UK could forge trade deals and new alliances – or even trading blocs (ones that are not immersed in over politicisation).

“However, if we remain inside the Customs Union, the bird will remain in its cage – indefinitely.

“My concern about Brexit is that if the UK does not leave the political wing of the EU, we could witness a backlash form the millions who voted for change.

“Their anger could be so incandescent that I worry how it will manifest itself.

“The European Union, in my view, is an empire in all but name, run by a faceless cabal, who control the leavers of power, and whose chief goal is to create a Federal Europe.”

Turner prizewinning artist Grayson Perry famously said that Brexit, like Trump is “fantastic for the arts,” both votes “a big f*** you” to the consensus, insistign that “you could throw a brick at the opening of the Tate and you wouldn’t hit anyone that voted Conservative.”

Here, like a bad waxworks, is a gallery of art works celebrating the result of the EU referendum: