Ed Davey and the Liberal Democrats have a left-field idea for fixing the looming mortgage crisis - but it'll cost a fair whack... 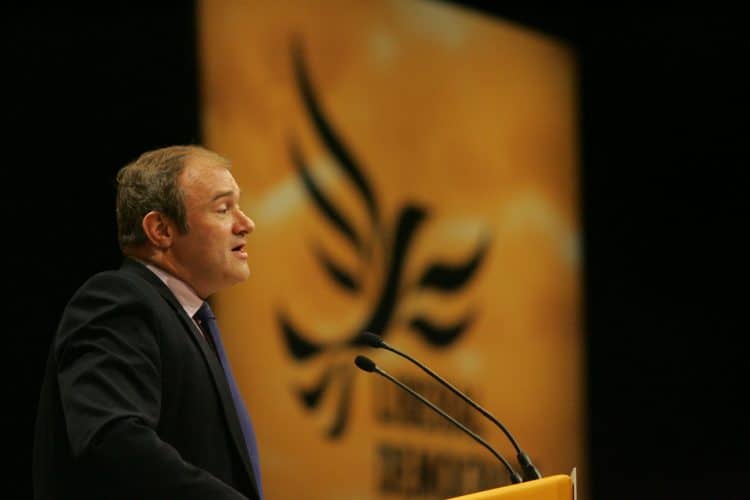 The leader of the Liberal Democrats has revealed his party’s radical proposals to help ease an impending mortgage crisis in the UK. Ed Davey has confirmed that he would put forward a monthly grant of £300-per-month, for households struggling to make their payments.

Should homeowners be given £300-per-month?

The radical idea comes amid a raft of financial turbulence for Britain. Disastrous attempts to kick-start the economy have left the country in a worst state. Mortgage rates are set to rise across the board, leaving many homeowners in a difficult position.

Davey and his colleagues argue that this broad and sweeping move could be paid for by reversing cuts to bank levies, and doing the same for bank surcharges. The idea, however, would only apply to those worst-affected – and renters don’t even get a look-in.

In total, it is estimated that the potential bailout would cost £3 billion. Whether the suggestion will be taken on board, however, is another matter. The Conservative Government is preparing to slash public spending, unleashing another round of dreaded austerity.

Handouts of this magnitude, therefore, seem unlikely. That hasn’t deterred the Lib Dems, though. In fact, Ed Davey is adamant that a mortgage protection scheme is ‘the right thing to do’. Alas, that’s probably not a pitch that would get this particular Cabinet onside…

“The Conservatives have crashed the economy and that’s added hundreds of pounds to millions of people’s monthly mortgage payments.  Something has to be done, particularly for those who are really struggling or in danger of falling into arrears or even facing repossession.”