As if Suella Braverman wasn't already a threat to national security, we now find ourselves here. Experts are worried about her rhetoric. 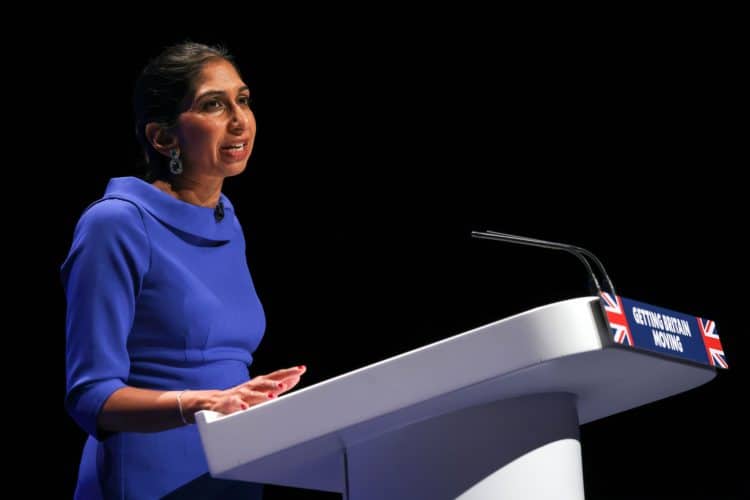 Home Secretary Suella Braverman has been accused of stoking far-right tensions within the past two weeks, after she claimed that Britain was facing ‘an invasion’ of illegal migrants. Her words in Parliament has been largely condemned – but they could have serious consequences.

Suella Braverman’s language ‘a cause for concern’

A senior lawyer who held talks with the government two years about their dangerous migrant rhetoric revealed that Braverman had actually RAISED CONCERNS about harmful language, when Priti Patel was Home Secretary. However, a lot has changed since October 2020.

In the House of Commons, Braverman used a set of dehumanising terms to describe migrants crossing the English Channel – earning a rebuke from the Albanian PM. Edi Rama slammed the senior politician for calling his people ‘criminals’.

Being fully aware of the impact this incendiary language could have, Braverman STILL chose to take a venomous path. A number of other Tory MPs also made a holy show of themselves. Lee Anderson, for example, told migrants to ‘go back to Calais’.

However, the aforementioned lawyer – who spoke to The Guardian anonymously – is now warning that her speech could now lead to further far-right terror attacks, after a recent attempt to harm migrants shocked the UK.

“Suella Braverman was fully aware [of the language she used]. At the very least, it was reckless. At worst, she knows it’s likely to instigate attacks. It’s either reckless or it’s deliberate and she’s got no concern for the consequences.” | Guardian source

Andrew Leak, whose social media activity revealed his extreme and racist beliefs, threw a petrol bomb at an immigration centre last week. He ended up killing himself soon after. The incident was officially deemed as a terror attack by investigating officers.

Alas, Braverman has refused to tone down her rhetoric – and it’s causing a great deal of concern in certain legal circles. Meanwhile, the Home Secretary is also being asked to clearly condemn Leak’s abhorrent act of domestic terrorism.