The leak shows PM calling PPE “a Disaster” and show he was considering replacing Matt Hancock with Michael Gove. 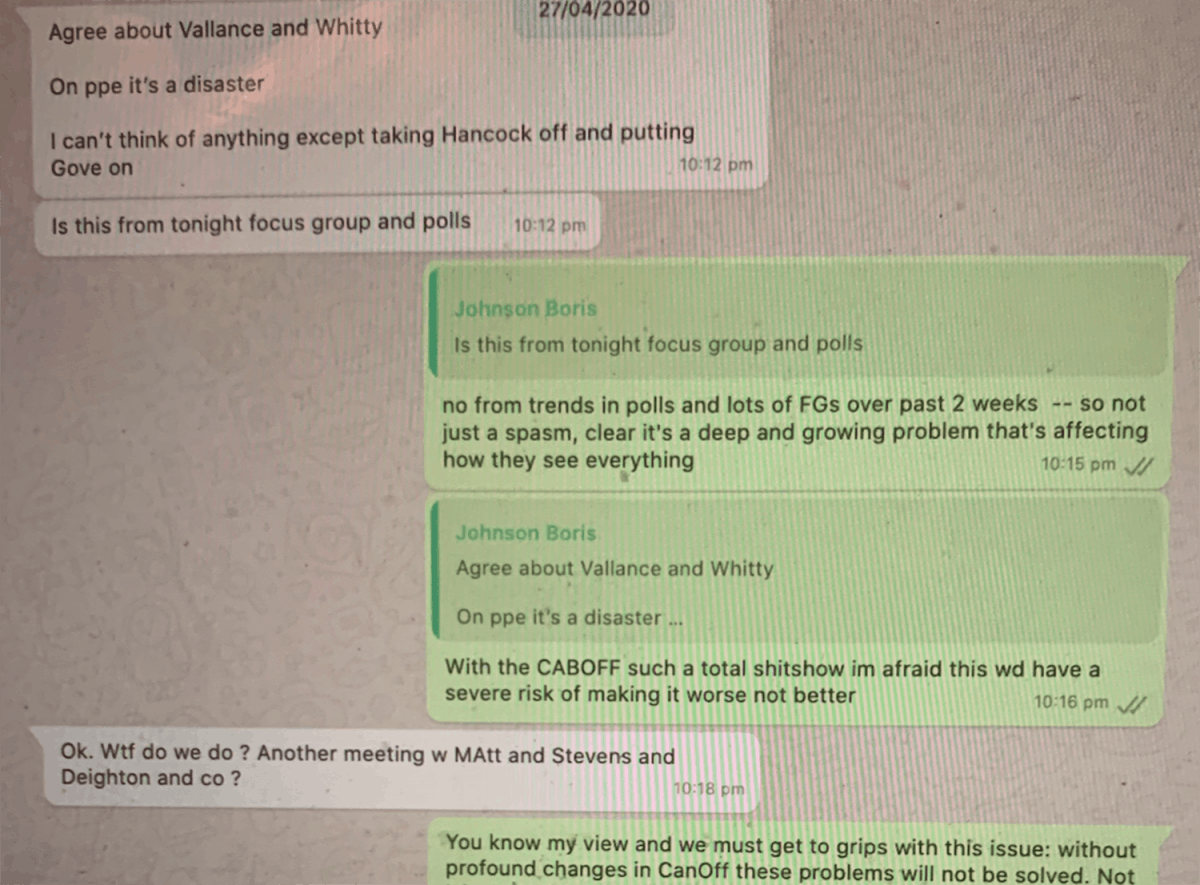 Dominic Cummings has published a series of WhatsApp conversations he had with Boris Johnson ahead of today’s Prime Minister’s Questions.

The conversations have been revealed on his Substack blog and show the PM called PPE a “disaster” and considered replacing Matt Hancock with Michael Gove.

Cummings said moving Gove would do more harm than good as the Cabinet Office was a “shitshow”.

The texts also show Johnson asking ‘what the f*ck do we do’ to his advisor, who recently gave evidence to a parliamentary committee on the government’s response to the pandemic.

“He wants to make money and have fun”

In the blog, Mr Cummings accused the PM of trying to “rewrite history” to defend Hancock and said Mr Johnson “cannot be trusted now either on Covid or any other crucial issue of war and peace”.

He also said a Covid-19 public inquiry will not fix Downing Street’s approach and it has been designed to “punt the tricky parts until after this PM has gone”, adding Johnson will leave two years after the next election.

“He wants to make money and have fun, not go on and on”.

Cummings also published one message exchange in which he pointed out that the US had significantly ramped up its level of testing.

He bemoaned Hancock (MH in the texts) for casting doubt about UK capacity.

He then called him on numerous occasions to tell his aide he had tested positive for Covid on 27th March.

He was admitted to hospital on 6th April.

Reaction to the texts has been fierce, with Labour deputy leader Angela Rayner calling for a public inquiry “now”.

She re-tweeted Cummings saying the prime minister “said himself Hancock’s performance on testing, procurement, PPE, care homes was ‘totally f*cking hopeless’ and his account to MPs was fiction”.