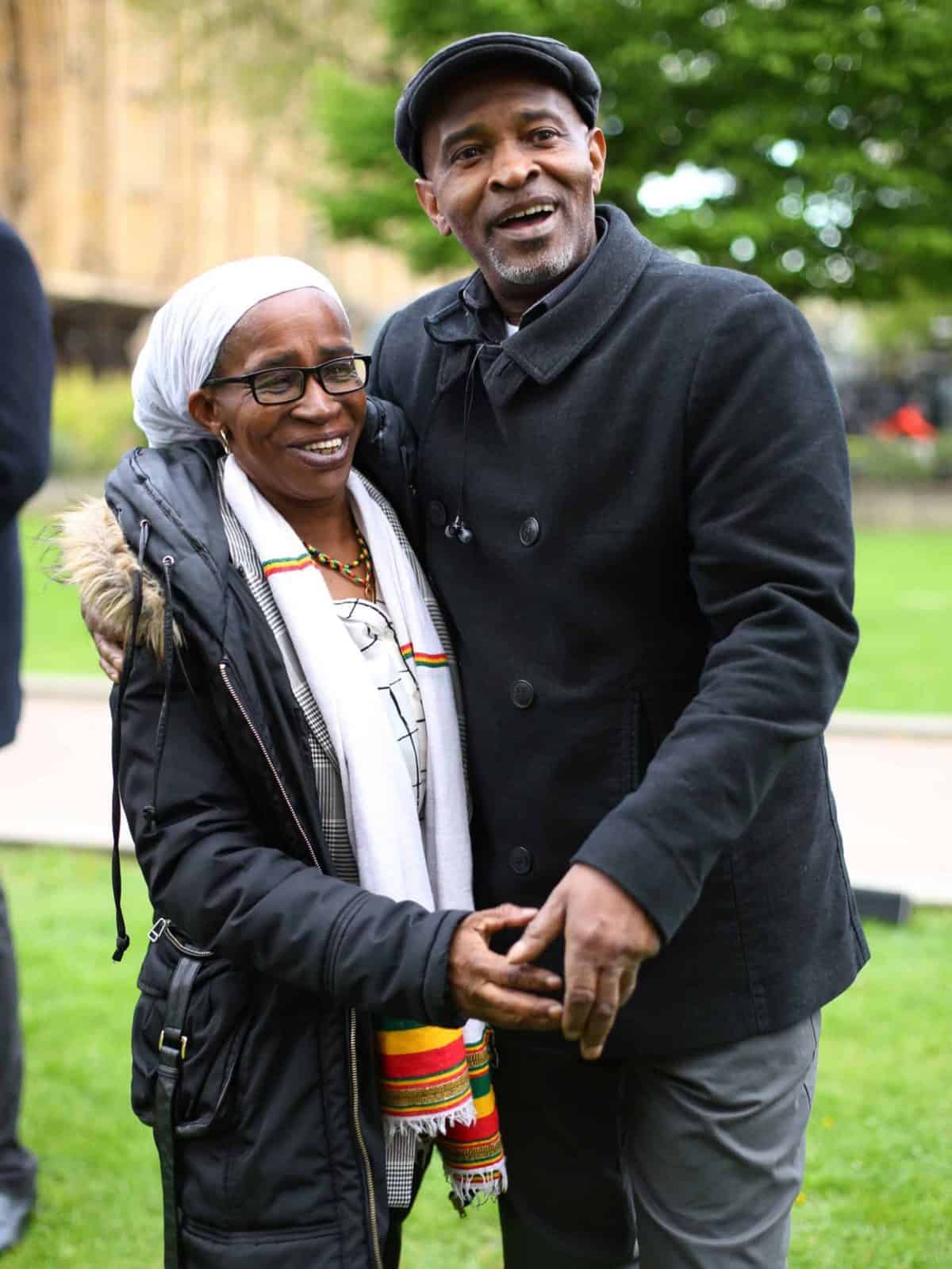 Members of the Windrush generation Paulette Wilson, 62, who arrived from Jamaica in 1968, and Anthony Bryan, aged 60, who arrived from Jamaica in 1965, during a photocall in Westminster, London, following a personal apology from immigration minister Caroline Nokes this afternoon, as they visited Parliament for the first time since the scandal forced the home secretary to resign.

Priti Patel has attracted criticism after she praised campaigner Paulette Wilson – who died suddenly on Thursday – for highlighting the “terrible injustices faced by the Windrush generation”.

Wilson came to Britain from Jamaica aged 10 in the late 1960s, and spent two years under the threat of deportation. She spent some time in a detention centre before being told she could stay in the UK in 2017.

Just last month she delivered a petition to Downing Street, calling for action to address the failings that led to the scandal. Many members of the Windrush generation are yet to receive compensation from the Home Office.

Writing on Twitter, Patel – the home secretary – said: “Deeply saddened by the passing of Paulette Wilson who dedicated her last years to highlight the terrible injustices faced by the Windrush generation. Together we must continue on her mission to right the wrongs.”

Addressing Patel, writer Gary Younge said: “The brassneck. [Wilson] only dedicated her last years to fighting injustice because you treated her unjustly. I’m sure she had better plans for her sixties than fighting deportation from her own country.”

Commentator Owen Jones added: “You voted for those terrible injustices to happen.”

Here are some of the most outraged replies to Patel’s intervention.

Related: Windrush campaigner who died ‘had spirit broken by government’