Newlywed Pc Andrew Harper, 28, became entangled in a tow rope attached to their Seat Toledo as he tried to apprehend them. 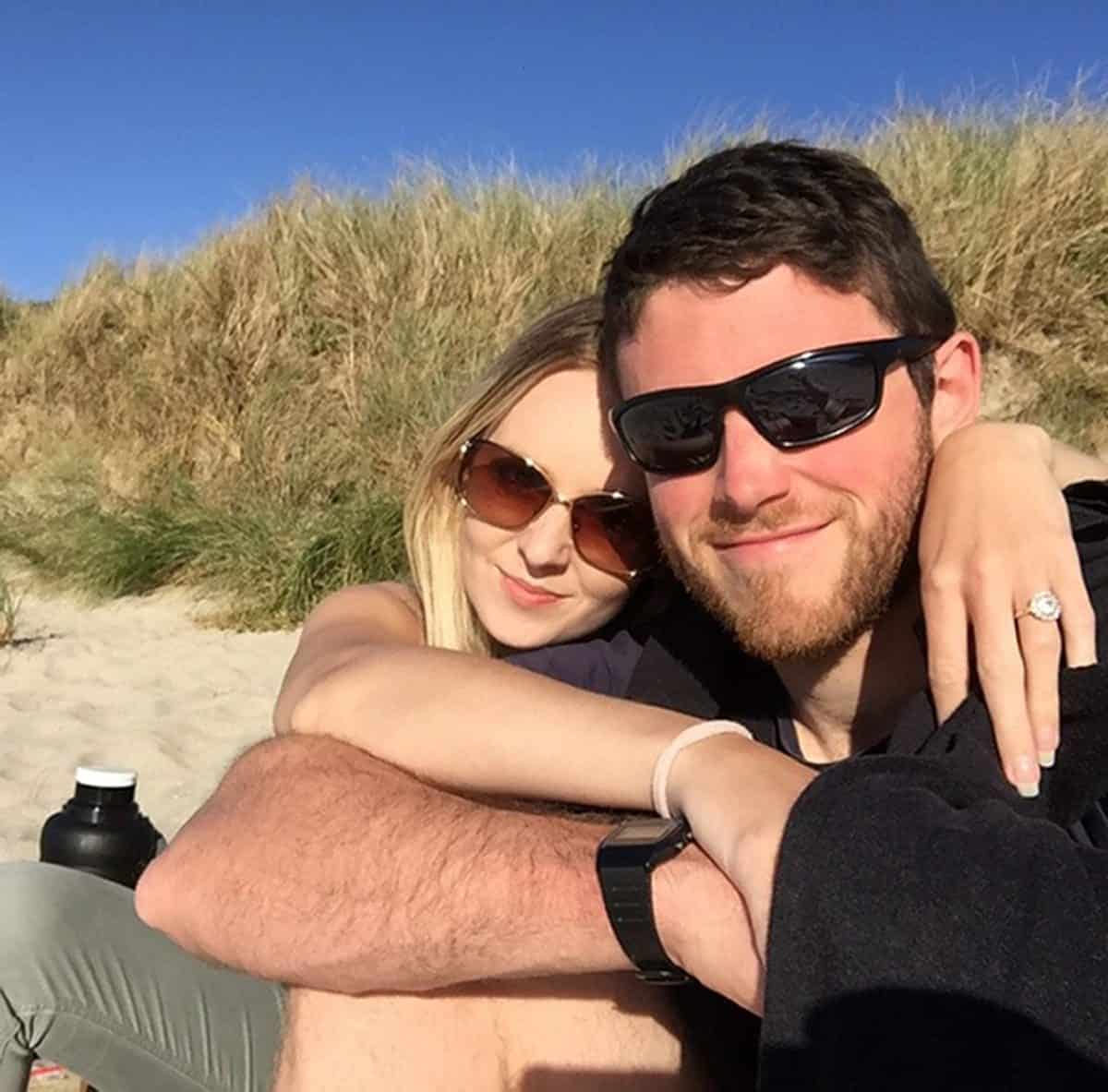 Handout photo issued by Thames Valley Police of 28-year-old Pc Andrew Harper and his wife, Lissie. Harper's wife Lissie has released a tribute to him, calling him "the kindest, loveliest, most selfless person" and adding: "My darling boy I do not know how I will be able to survive without you." PC Harper died after being dragged under the wheels of a vehicle while responding to reports of a burglary in the Berkshire village of Bradfield, Southend, at 11.30pm on August 15.

A furious driver who threatened to “ram” the police has been cleared of murdering a brave officer who was killed as he tried to catch him and his thieving accomplices.

But Henry Long, 19, and his passengers Jessie Cole and Albert Bowers, both 18, who were determined to escape “at all costs” after stealing a quad bike in Berkshire, are facing years in jail for manslaughter.

Newlywed PC Andrew Harper, 28, became entangled in a tow rope attached to their Seat Toledo as he tried to apprehend them.

Long drove off at “breakneck” speed, dragging the Thames Valley Police officer for more than a mile along country lanes before he was dislodged, having suffered horrific injuries.

The teenagers admitted plotting the theft and Long pleaded guilty to manslaughter but each denied knowing that Pc Harper was there.

All three were cleared of murder by an Old Bailey jury which had deliberated for more than 12 hours, but Cole and Bowers were found guilty of manslaughter.

Dragged to his death

Their defence claimed the incident was a “freak event” that none of them could have planned or foreseen.

But the prosecution said at more than 6ft and weighing 14 stone, the defendants must have been aware Pc Harper was being dragged to his death.

A reconstruction suggested that rather than stopping, Long swerved in the road to try to throw him off.

Jurors also saw dashcam footage that appeared to catch the moment Cole turned towards the officer before diving through the window of the getaway car and making good his escape.

Pc Harper’s tearful widow Lissie was comforted by other family members in court as the verdicts at the Old Bailey were delivered.

It can now be reported that Long had previously threatened to “ram” a police officer as he chatted with a police community support officer (PCSO).

In the conversation in July 2018, ruled inadmissible during the trial, Long said: “You can’t touch me now ‘cos I’ve passed my driving test and if police try to stop me I will ram them.”

Long had previous convictions for battery, being drunk and disorderly and shoplifting.

Bowers also had youth convictions including for battery, criminal damage, sexual assault, and having an offensive weapon.

All three defendants were said to be members of the travellers’ community. Their first trial was abandoned the day the nation went into lockdown in March.

In addition to social distancing for the retrial, Mr Justice Edis had also ordered extra security measures amid fears of potential juror intimidation by supporters of the defendants, it can now be reported.

Following the verdicts, Thames Valley Police Detective Superintendent Stuart Blaik said he was “delighted” to get justice for Pc Harper following a complex and challenging investigation.

He said: “The fact he was a police officer and one of our own of course, it’s paid a huge toll on all of us. But I’m very proud of what we’ve done.”

On the impact on the family, he said: “I don’t think you can ever imagine what Lissie has been through, all the family and all his close friends and colleagues.

“It’s just absolutely devastating for them. This whole process of the court trial, having to relive what’s happened and listen in to the grisly detail of how Andrew came to his death.”

CPS prosecutor Rebecca Waller said she hoped the verdicts would help Pc Harper’s family come to terms with the tragedy.

On the defendants’ behaviour, she said: “If they had stopped, potentially his life could have been saved but they were determined to get away at all costs. That cost was the life of Pc Andrew Harper.

“You have to remember there were members of the public, not only Pc Harper, who could have been in the road who could have encountered them, and travelling at those speeds over those narrow roads without lights, it is not impossible to imagine that other people could have been killed.”

The court had heard how Pc Harper had already finished a long shift when he and his colleague Pc Andrew Shaw responded to a report of a stolen quad bike from a property in Stanford Dingley, Berkshire, on the night of August 15 last year.

When they came across the thieves towing the £10,000 Honda bike in Admoor Lane, Pc Harper got out of the unmarked BMW police car and chased Cole, who had unhooked the rope.

After Cole dived into the Seat, Long made off at speeds of 42.5mph, carrying Pc Harper behind for 91 seconds.

His uniform was stripped away and he was found by colleagues unconscious and barely alive in Ufton Lane near the A4.

Despite attempts to save him, he died at the scene. Meanwhile, another officer gave chase and a police helicopter tracked the Seat to Four Houses Corner caravan site.

Following his arrest, Long concocted a false alibi that he had been watching the racing film Fast And Furious at the travellers’ site.

But an examination of mobile phone data eventually placed all the defendants in the Seat. Giving evidence, Long admitted being a habitual thief who had been involved in many police chases before.

On the night Pc Harper died, he said it was chaos inside the car and he ordered the radio to be turned up to drown out his passengers’ shouting.

Cole denied seeing Pc Harper or hearing him shout to him seconds before he leapt through the car window.

The defendants also denied that an axe, three crowbars, a screwdriver, metal pipe, and a pair of choppers found in the Seat were to be used as “weapons” if they were challenged while stealing the bike.