“People will have actually seen me wearing face coverings quite a bit more regularly as we have seen the numbers ticking up in the UK." 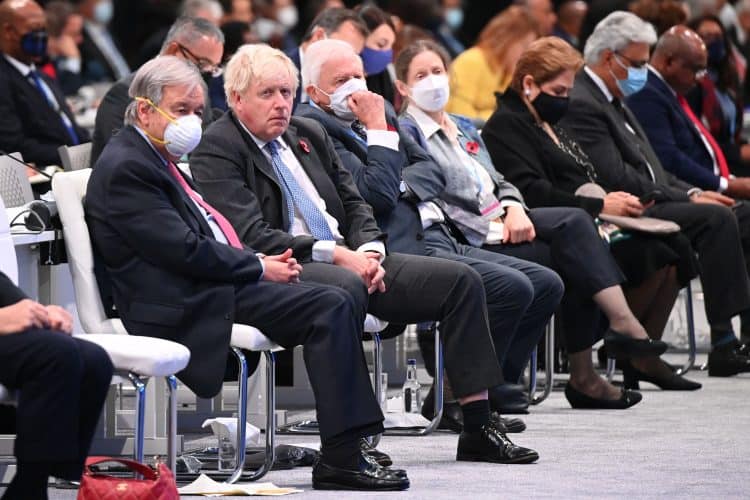 Boris Johnson has insisted he takes a “responsible” approach to wearing a mask after facing criticism for appearing at a hospital and the Cop26 summit without one.

The Prime Minister, who appeared to be losing his voice, told a Downing Street press conference that he obeyed the rules on mask wearing and had donned one more regularly as cases had increased.

“I wear a mask wherever the rules say that I should, and I urge everybody else to do the same,” he said.

“People have actually seen me wearing face coverings quite a bit more regularly as we have seen the numbers ticking up in the UK.

“I think that is the responsible thing to do and I am going to continue to do it.”

Mr Johnson said the Government would “continue with our approach, which is to rely on people’s common sense – on people’s sense of personal responsibility to themselves and to others”.

“But clearly in confined spaces, where you are meeting people that you don’t normally meet, you should wear a face covering.”

Mr Johnson visited Hexham General Hospital in Northumberland last week, and photographs showed him meeting masked nurses at the hospital, talking to them and bumping elbows with them, despite not having his face covered.

Soon after that photo opportunity, the Prime Minister put on a mask, which had been handed to him by an aide.

Northumbria Healthcare NHS Foundation Trust said the Prime Minister “did wear a mask for the majority of the visit”.

But “after the Prime Minister left a welcome meeting, he walked along a mezzanine corridor, for a very short period of time, without a mask”.

“As soon as this was identified he was given a mask and he put it on,” the trust said.

Mr Johnson’s mask-less appearance at the Cop26 climate change summit also raised eyebrows as he sat next to 95-year-old environmentalist Sir David Attenborough, who was wearing a face covering.

Following the Downing Street press conference, Mr Johnson’s struggles with his voice continued as he gave a statement in the Commons on Cop26.