“This is Boris pulling the whole damn rug from under our feet and ripping up the floor behind him.” 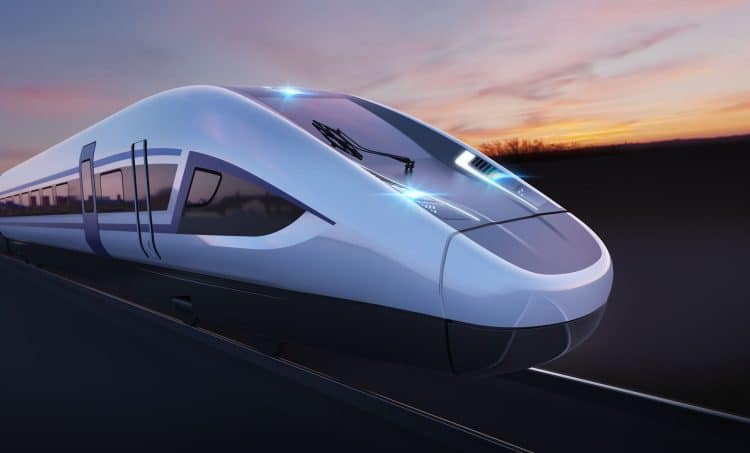 MPs in the north of England and rail experts have expressed anger ahead of the Government’s expected decision to scrap the eastern leg of HS2 between the Midlands and Leeds.

There is also frustration that plans to boost east-west rail connections across the region – known as Northern Powerhouse Rail – will likely involve improvements to existing infrastructure rather than a new line between Manchester and Leeds.

The measures will be announced when the Government publishes its Integrated Rail Plan on Thursday, a source told the PA news agency.

The Department for Transport will argue that HS2 trains will still serve Leeds but on the mainline rather than HS2 tracks, saving tens of billions of pounds.

It will insist that its plan to invest £96 billion on the existing network will deliver benefits faster and more cost-effectively.

Shadow transport secretary Jim McMahon said ministers were attempting to “quietly back out” of infrastructure schemes that they had “committed to dozens of times”.

Naz Shah, Labour MP for Bradford West, said: “This is Boris pulling the whole damn rug from under our feet and ripping up the floor behind him.”

As recently as the Conservative Party conference in Manchester last month, Mr Johnson said in his leader’s speech that the Government “will do Northern Powerhouse Rail, we will link up the cities of the Midlands and the North”.

Conservative MP Kevin Hollinrake, who represents Thirsk and Malton in North Yorkshire, told the i newspaper the trimmed back plans indicated the Government was “not willing to put our money where our mouth is”.

Henri Murison, director of the Northern Powerhouse Partnership, told Times Radio: “By cutting the eastern leg it does reduce the overall benefits of the whole project.

“So the challenge for Government is they’re having to still justify pretty much the same bill.

“You’re still going to have to spend some money on upgrades in the north of England – there isn’t a model for improving the economy up here that doesn’t involve new infrastructure.

“But if you chip away at the new lines, you still have to spend money on upgrades.”

Neil Derrick, regional secretary for Yorkshire and north Derbyshire for the GMB union, said: “Voters will rightly be left scratching their heads if Yorkshire politicians like Rishi Sunak talk a big talk on levelling up the North but fail to deliver when push comes to shove.

“Our members want to see investment in skills, infrastructure and education.

“If reports are to be believed the Conservatives have failed to deliver. No amount of spin or rebranding will convince many voters otherwise.”

Rail engineer and writer Gareth Dennis told PA that the decision to scrap the eastern leg of HS2 is “pretty dismal” and “the result of Treasury – who does not understand anything about railways or transport – having way too much power”.

He accused the Government of having “no understanding” of “what HS2 is and what it’s for”.

The “main benefit” of the new railway is the ability to move long-distance trains onto high-speed tracks, providing more room for stopping services on existing lines, he added.

He wrote on Twitter: “That’s one head severed from this absurd vanity project, maybe we could now redirect other billions to ‘upgrade existing lines’.”

Mr Johnson’s official spokesman said: “We are committed to transforming rail connections across the Midlands and the North with shorter journey times and an accelerated timetable for delivery that allows us to bring in real benefits to communities as soon as possible.

“This will be a significant investment of taxpayers’ money and it will take some time to deliver.

“What we want to do is make sure that it is delivered as fast as possible so that people see real tangible improvements to their journey times.”