Every other leader of Britain’s major political parties has agreed to appear on ITV’s Tonight programme, but Boris Johnson’s team confirmed that he would not be taking part. 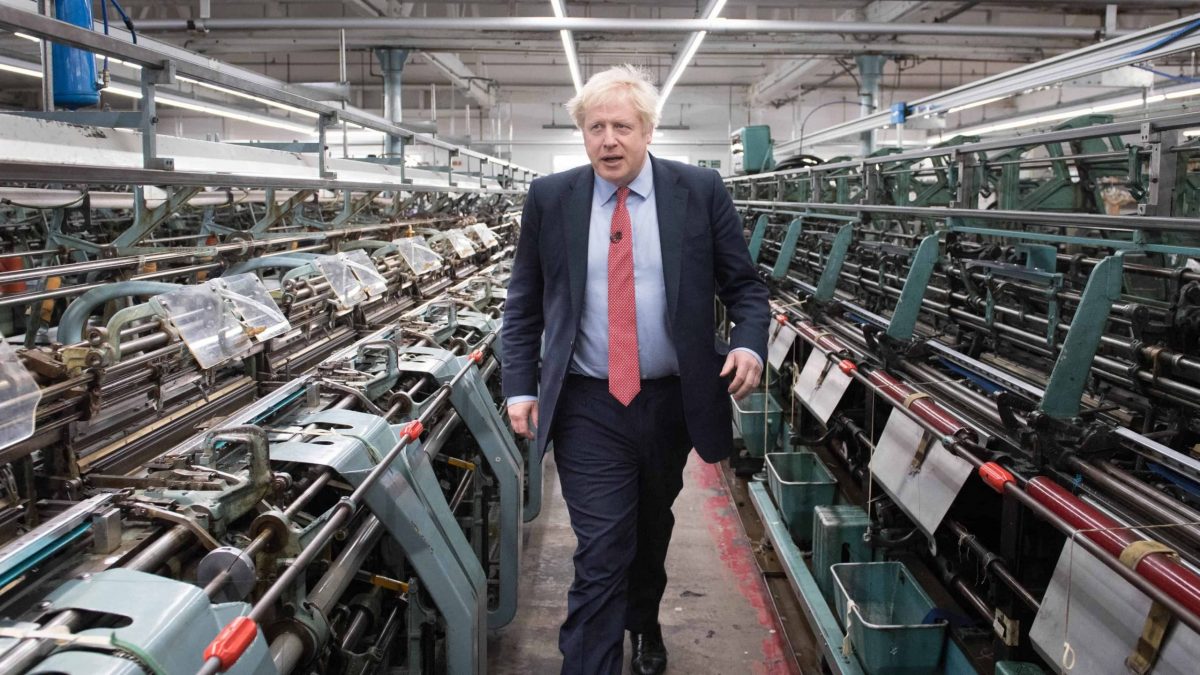 The Prime Minister has again been accused of “running scared” from scrutiny after ITV confirmed he has not agreed to a leader’s interview.

His refusal to face journalist Julie Etchingham comes as he continues to dodge an interview with BBC veteran Andrew Neil, despite his opponents sitting down to face in-depth questioning.

ITV said they contacted Mr Johnson’s press team on “repeated occasions” with times and dates, but that his team confirmed on Thursday that he will not be taking part.

An ITV spokesman said: “The ITV News team making the Boris Johnson Tonight film made the original bid for the Prime Minister when the election was called.

“They have contacted his press team on repeated occasions with times and dates offered to film an interview.

“Boris Johnson’s team have today confirmed he will not be taking part.”

The programme had been scheduled for Friday December 6 and ITV confirmed that Tonight will still air but in a different format to the other leadership interviews.

“The programme will instead feature a profile of the Prime Minister using fresh interviews with other contributors and archive footage,” added the spokesman.

“He’s running scared because every time he is confronted with the impact of nine years of austerity, the cost of living crisis and his plans to sell out our NHS, the more he is exposed.”

Meanwhile, Brexit Party leader Nigel Farage said “there is no question” over Mr Johnson winning a majority at the General Election.

In his interview with the BBC’s Andrew Neil, Mr Farage was asked who he would prefer to be in Downing Street, Mr Johnson or Labour’s Jeremy Corbyn.

He said: “Not Jeremy Corbyn, obviously. It is going to be Boris Johnson. I would prefer that to Jeremy Corbyn.”

The 55-year-old added: “He will have a majority, there is no question about that.”

Earlier, Mr Farage accused three MEPs who quit his party and urged people to vote Conservative of having personal links with the Tories.

He insisted that Mr Johnson’s EU withdrawal deal remained “unacceptable” despite the trio resigning the whip to back the Prime Minister’s push to “get Brexit done”.

It follows the decision earlier this week to sack John Longworth, the former director general of the British Chambers of Commerce, for “repeatedly undermining” Mr Farage’s election strategy.

Ms Rees-Mogg rejected speculation that her older brother had influenced her decision as “disturbingly old-fashioned”.

Along with Mr Longworth, they denied they had been offered honours or any other sweeteners from Mr Johnson or his party as part of their decision to resign the whip.

They have vowed to continue with their jobs in the European Parliament, with Yorkshire and Humber MEP Miss Harris telling journalists each of them would stay put in order to vote for the PM’s Withdrawal Agreement.

Elsewhere on the campaign trail, Mr Johnson backed his chances of securing a trade deal with the EU by the end of the transition period next year.

“We already have a deal,” he told media and staff at a mill shop near Matlock in Derbyshire.

“And we can come out on January 31 in a state of perfect equilibrium and grace with the rest of the EU because we have a zero-tariff, zero-quota position now, and I’ve absolutely no doubt at all that we’ll be able to make sure that the EU protects its own interests and has a deal with us that ensures that continues for the future …

“If you say ‘can I absolutely guarantee that we’ll get a deal’, I think I can and I’ll tell you why – look at what we achieved … in three months with the new deal that I did …

“We did it and it’s a great deal and it will take this country forward and I’m very proud of it.”

Asked if it was a “cast-iron guarantee”, the Prime Minister said: “The possibility you allude to simply will not happen.”