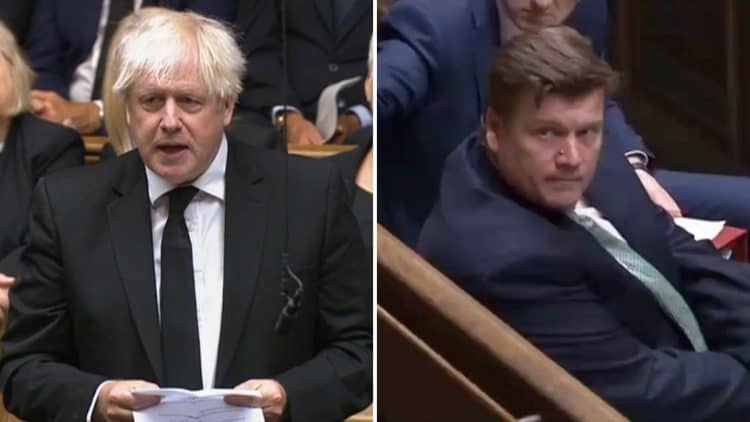 Boris Johnson made a significant verbal slip-up as he thanked Vladimir Putin instead of Volodymyr Zelensky for his “inspirational leadership”.

In his first major contribution as a backbench MP during a Commons debate, the Conservative former prime minister said it is important to “double down in our defence of the Ukrainians” if Mr Putin doubles down on his “aggression”.

As he listed the reasons why Ukraine’s counter-offensive is proving to be successful, though, Mr Johnson inadvertently thanked Mr Putin for his “inspirational leadership”, before quickly correcting himself and thanking Mr Zelensky.

“Thanks also, of course, to the inspirational leadership of Vladimir Putin…”

Mr Johnson immediately realised his mistake and added: “The inspirational leadership of Volodymyr Zelensky, forgive me, the Russian forces have, in recent days been expelled from large parts of the north-east of the country around Kharkiv.

“And they are under increasing pressure in Kherson in the south, and I have no doubt whatever that the Ukrainians will win.”

Mr Johnson’s slip-up came during a general debate on the situation in Ukraine.

It was the second time the MP for Uxbridge and South Ruislip made a backbench contribution in the Commons.

In his first appearance since standing down as prime minister, Mr Johnson paid tribute to the Queen in the special two-day event in Parliament.

During his speech on Ukraine, Mr Johnson also said the UK must be prepared to give “more military assistance” and “more economic support” to Kyiv.

He said: “If Putin is going to double down on his aggression, then we must double down in our defence of the Ukrainians, and we must be prepared to give more military assistance and more economic support, and I welcome warmly the announcements from this Government this week.”

Mr Johnson also warned against encouraging Ukrainians to do a deal to “trade land for peace” to allow Russian gas to flow to Europe.

Related: George Osborne plunged UK into austerity due to an ‘error on a spreadsheet’