Elon Musk, Max Krupyshev, and Jack Dorsey on the future of Bitcoin: which forecast will turn out to be right? 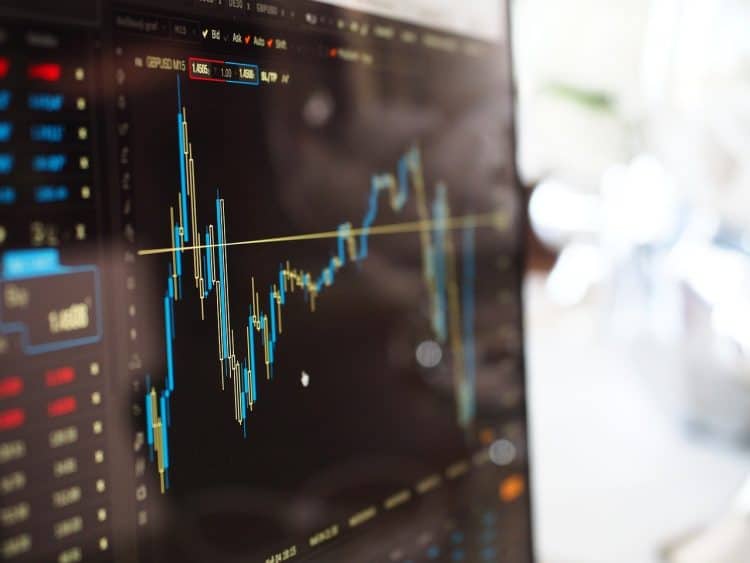 The most authoritative crypto experts agree that crypto is a game-changer that will survive the current crisis. However, figures like the ex-CEO of Twitter Jack Dorsey and the CEO of the world’s leading crypto processor CoinsPaid Max Krupyshev have very different views on the BTC vs. altcoins debate and the near-future prospects of the market.

Crypto market cap is up 510%, but will it plunge more following stocks?

The total crypto market cap has grown by 510% since January 2020 from $200 billion to $1.22 trillion. This is an outstanding result considering that the total NYSE market cap has increased by ‘just’ 13% during the same period.

At the same time, the crypto market’s total capitalization was down 57% from its November’21 heights in May 2022, and not everyone is convinced that it can reach a new ATH anytime soon. Rampaging inflation and interest rate hikes, geopolitical risks, the risk of a stock market crash – all these are serious headwinds for crypto, which still follows traditional markets.

For example, famous investor Jeremy Grantham warns that stocks could plunge another 40%, while money manager Steven McClurg thinks that this could push Bitcoin below $22k.

On the other hand, the leading crypto investors and CEOs are far more optimistic – at least for the long term. Stock market crashes may come and go – but, according to leaders like Jack Dorsey and Max Krupyshev, Bitcoin will not only survive but thrive like never before in the next market cycle.

Jack Dorsey on Bitcoin: it will be the ‘single currency’ of the internet

In 2021, Dorsey stated, ‘My hope is that (Bitcoin) helps create world peace’. He also tweeted that Bitcoin will one day ‘unite the world’.

And when the famous hip hop artist Cardi B asked if crypto can replace the dollar some day, Dorsey’s response was unequivocal: ‘Yes, Bitcoin will’.

As for the practical applications of crypto, Jack Dorsey particularly believes in Bitcoin’s potential as a means of payment. So much so, in fact, that last year he left Twitter to concentrate on the Bitcoin payment app Block (formerly Square). Block uses Lightning Network (LN) to enable near-free and fast BTC transfers.

At the same time, Jack Dorsey is not convinced that other cryptocurrencies will have an equally bright future. He said,  “The internet requires a currency native to itself, and (…) it’s clear that bitcoin is currently the only candidate.”

Does this mean that altcoins like USDT, ETH, or LTC will die? Max Krupyshev, CEO of the world’s largest crypto payment processor, is of a very different opinion.

Max Krupyshev: ‘As of June 1, we have processed over 1 billion euros per month’

Max Krupyshev heads CoinsPaid, the biggest crypto payment provider by volume. In 2021 alone, the company handled over €5,65 billion worth of transactions, and in Q1 2022 the figure has already reached $2.5 billion. CoinsPaid processes up to 8% of all on-chain Bitcoin transactions.

As a leading expert on cryptocurrency payments, Max Krupyshev thinks that the largest altcoins definitely have a chance against BTC:

‘Bitcoin accounts for 53% of the payments we handle, with the remaining 47% shared between USDT, LTC, DOGE, ETH, and others. Actually, CoinsPaid managed to gain +6% of the BTC market share in the first quarter of 2022, with spikes to 12-13% of our whole transaction volume on some days. So I don’t see Bitcoin becoming the single currency of the internet in the next couple of years, at least’.

What should happen for BTC to eclipse the rest of crypto as a payment option?

‘If Lightning Network becomes the standard for everyone, this could happen, because the transaction fee is just 1 satoshi. We at CoinsPaid already process Bitcoin transactions near-instantly using GAP600 as insurance service, but customers still need to pay the regular gas fee (by grouping transactions, Coinspaid charges a fee of 0.70 euros as a minimum deposit fee, which is lower than the current gas fees in the blockchain). However, Bitcoin will remain volatile,  LN or not, and a lot of customers and merchants will still choose stablecoins like USDT.’

What’s next for crypto in the mid-term? Krupyshev, who began working with BTC and LTC mining companies as early as 2013 and even created Bitcoin Foundation Ukraine,  believes that the cycle isn’t over yet:

‘I think we could have one big push left in this market cycle. If a bear market comes after that, a lot of people will say that retail is disillusioned with crypto, that it’s all going to zero. But this isn’t true: our numbers show that payment volumes double every year even during bear markets, so the organic interest in crypto keeps rising.

It’s useful to watch the payment space as opposed to the market, because the demand for crypto as a means of payment tells you a very different story than short-term volatility and manipulations by market makers’.

Elon Musk: “I would like to see Bitcoin succeed’

In July 2021, the online stream ‘The B Word’ with Elon Musk, Jack Dorsey, and Ark Invest CEO Kathie Wood kick-started Bitcoin’s run from $29k to $69k. During the stream, Musk famously said, ‘I might pump, but I don’t dump’ – referring to the claims that his tweets had been partially to blame for the BTC crash earlier in May 2021.

Unlike Dorsey and Krupyshev, who both run crypto businesses, Musk is purely an investor. He admitted owning BTC, DOGE, and ETH – and that crypto was the largest part of his portfolio after the stock of Tesla and SpaceX. He also explained his positive attitude towards BTC from an investor’s point of view: ‘If the price of Bitcoin goes down, I lose money’.

Musk also said, ‘I would like to see Bitcoin succeed’, adding that he’s not planning to sell his BTC.

Musk doesn’t offer any detailed Bitcoin forecasts, but he is still bullish on Dogecoin. According to the Tesla CEO, DOGE still ‘has potential as currency’. By the way, this is confirmed by the fact that DOGE sits in the top 5 of CoinsPaid’s biggest payment coins by volume.

Which crypto will lead the next bull run?

During the bullish parts of 2021, the media attention centered on Solana, Avalanche, Fantom, and Terra – all L1 blockchains claiming to compete with Ethereum. On the other hand, as we’ve seen, many leading authorities in crypto stress the importance of Bitcoin, Dogecoin, and even Litecoin.

Historically, altcoin seasons have happened after Bitcoin reached an ATH, plateaued, and started to go down. In a rotation of capital, money flowed from BTC first into the biggest altcoins, such as Layer-1 blockchains, then to mid-caps like the biggest DeFi projects, and finally to micro-caps. The same could happen if we are to get another bull run later in 2022.

Once the current cycle is over and if a bear market sets in, crypto holders will need to choose very wisely. Max Krupyshev suggests,

‘Those altcoins that are good as payment currencies can definitely do well in the future, and this includes DOGE and LTC. However, it’s also worth following new L1’s and L2’s. And of course, Bitcoin will remain the dominant force: I don’t think we’ll see Ethereum or any other coin flip BTC in the next two years.’

*None of the opinions expressed in the article should be construed as financial advice.