"That the last MP managed to get paid £300,000 a year to lobby for companies is an absolute disgrace. I could have got loads more!" 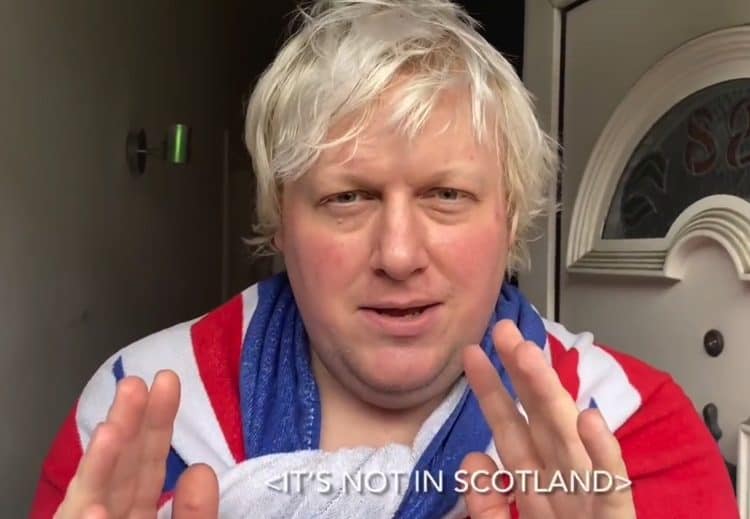 Some 14 candidates have thrown their names into the hat to become an MP following the resignation of Paterson, who had been the constituency MP since 1997.

He resigned after a report by the Parliamentary Commissioner for Standards found that he had broken paid advocacy rules.

Drew Galdron will stand for the party that wants to reverse Brexit in next month’s election.

In a video posted on Twitter by the party’s leader Richard Hewison, Mr Galdron – standing as Boris Been-Bunged – says he’s coming to North Shropshire “for all the sleaze, every single bit of sleaze”.

When asked about plans, he says: “I’m determined to ignore any of the corruption,” before later adding: “I’ll do anything for power old boy.”

Outlining his manifesto, Mr Galdron later said: “I’m so pleased to be picked to fight this by election. That the last MP managed to get paid £300,000 a year to lobby for companies is an absolute disgrace. I could have got loads more!

“Sorry, I’ve been doing these impersonations too long and it’s all too sleazy to accidentally slip into character.”

Rejoin EU Party Leader Richard Hewison added: “We were genuinely disappointed when the talk of a unity anti-corruption activist in this by-election fell apart due to the ‘business as usual’ tribal politics of the big opposition parties.

“We had hoped they would grasp the opportunity to join forces to get rid of this rotten Brexit government.”

Boris Been-Bunged – is up against 13 other candidates in the by-election, which is being held on Thursday, December 16.

The full list of candidates standing in the election is: