Despite reports civil servants would be banned from using the B-word, the Prime Minister insisted the word was not banned, ‘it’s just over’. 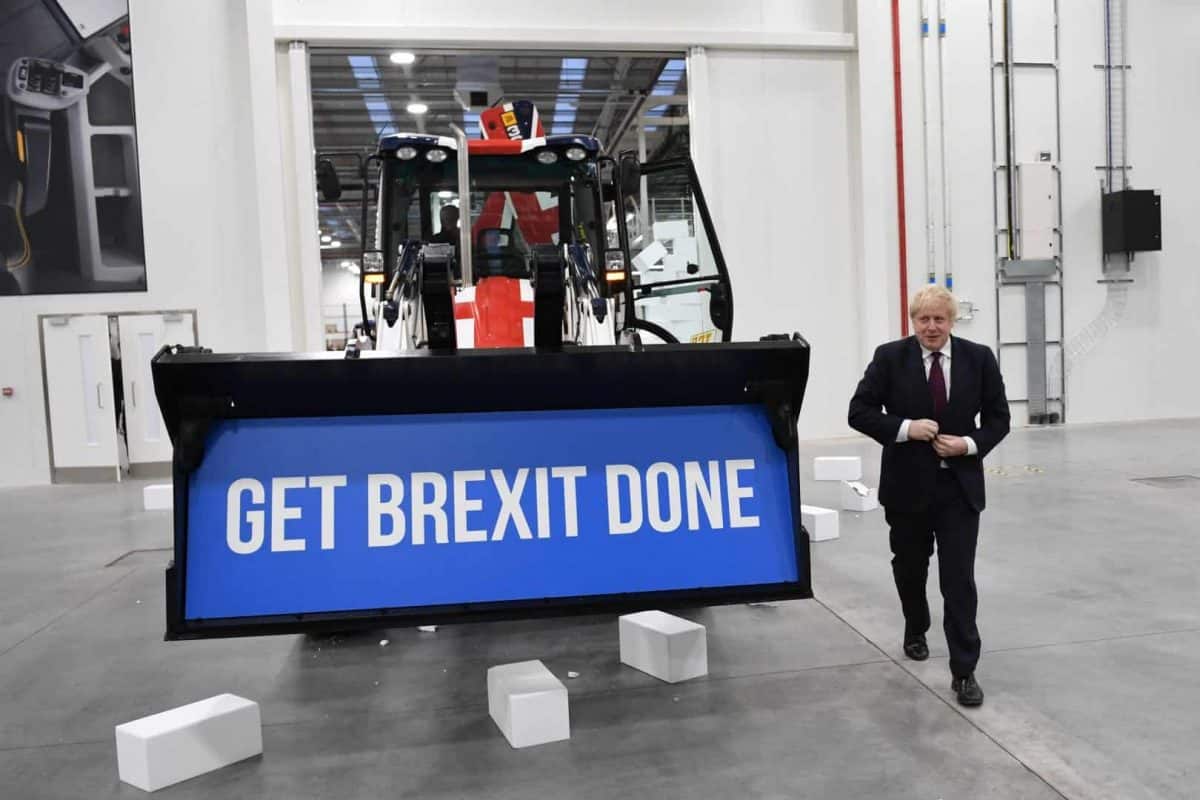 Boris Johnson has insisted that he has not banned the use of the word Brexit but that it is “receding behind us in history”.

The Prime Minister did not use the term describing the UK’s withdrawal from the European Union at all during his 3,400 word speech on “unleashing Britain’s potential”.

Following the speech in Greenwich, Mr Johnson was asked whether the term “Brexit” had been banned.

He replied: “It’s not banned, it’s just over. It has happened.

“It is like the glorious revolution that preceded the events chronicled above.

“It is gone – I won’t say it’s like the Big Bang or the Norman conquest – but it is receding behind us in history and that’s the approach we should take to it.”

Britain left the EU on Friday, but has now entered a transition period under which the UK is governed by EU rules with no say over them during which it will attempt to strike a Brexit trade deal with the bloc. Boris Johnson has insisted Britain will end the transition period in December 2020, with or without a Brexit agreement.

EU figures and experts have warned that 11 months is nothing like the time needed to renegotiate all aspects of the UK’s relationship with the EU.

Before negotiations have even begun the pound plunged 1p against the dollar as Boris Johnson and Michel Barnier revealed the differences between how they see the negotiations.  Traders are concerned the significant differences between Boris Johnson and the Political Declaration he signed with the Withdrawal Agreement from the EU could lead to a no-deal Brexit, and that lack of alignment with the European market will spell disaster for the UK economy. 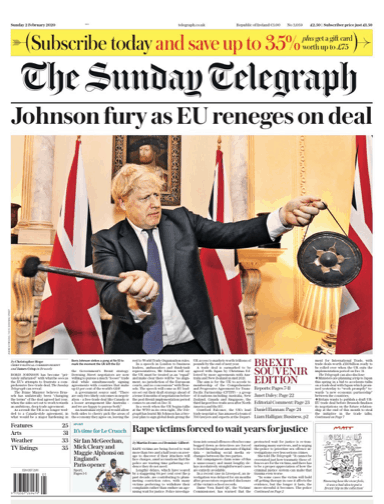 Downing Street also briefed friendly papers on the weekend that the EU was reneging on commitments agreed in October with the Withdrawal Deal. But Boris Johnson appears to have forgotten the Political Declaration he signed which explains how free trade with the EU would depend on regulatory alignment and the EU courts would be the authority to decide matters of EU law.

Boris Johnson says Trump deal will not be “mumbo-jumbo”

Boris Johnson also insisted on Monday that he shares the “optimism” of Donald Trump in striking a post-Brexit trade deal with America.

Despite Donald Trump recently threatening the UK with tariffs if Boris Johnson doesn’t drop taxes on US firms and reports Britain was warned not to support an Iran Nuclear deal if it wants US trade, the Prime Minister insisted that in doing a deal with the US, Britain would be “governed by science and not by mumbo-jumbo” because, he said, the potential is “enormous”.

Hitting back as concerns that adhering to US standards would be incompatible with environmental and health standards in the UK’s greatest market the EU – as well as potentially put UK concerns such as farming out of business – Johnson sneered at the “naive and juvenile anti-Americans” in the UK. He insisted they “grow up” and “get a grip”, as he set out his commitment to free trade in his first speech since the UK left the EU on Friday.

The US president has previously said the UK and US could strike a “massive” new trade deal after Brexit, which had the potential to be “far bigger and more lucrative” than any deal which could have been made with the EU.

Speaking in Greenwich, south-east London, Mr Johnson said: “We will get going with our friends in America and I share the optimism of President Trump.

“And I say to all the naive and juvenile anti-Americans in this country if there are any – there seem to be some – I say grow up and get a grip. The US already buys one fifth of everything we export.”

Despite revelations by Jeremy Corbyn that trade delegations had been discussing opening up the NHS and pharmaceutical industries for US firms to profit, the PM said there would be “difficulties”, but insisted that the NHS would not be on the table.

“And no, we will not accept any diminution in food hygiene or animal welfare standards.

“But I must say to the America-bashers in this country, if there are any, in doing free trade deals we will be governed by science and not by mumbo jumbo because the potential is enormous.”

The UK left the EU on Friday but is now seeking to strike trade deals with countries around the world, including the US, during the 11-month transition period.

While it was an EU member, the UK was automatically part of around 40 trade deals the EU had struck with more than 70 countries.

In the run-up to Brexit, the UK was given permission to replicate these agreements. So far, the UK has managed to roll over 20 “continuity” deals, covering 50 countries or territories. The 20 trade agreements the UK has reached represent just over 8% of total UK trade.

READ MORE: Pound plummets as Johnson clashes with EU over what he signed before Brexit negotiations even begin