"I thought we would take back control," former Brexit Party MEP June Mummery told the paper. 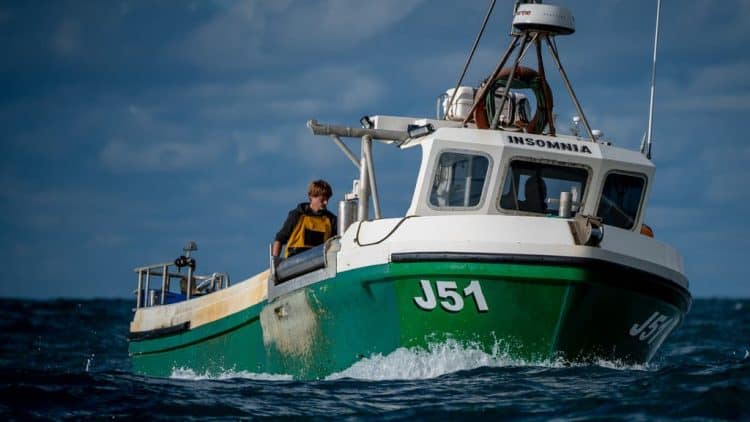 Boris Johnson ‘betrayed’ the fishing industry to get his EU deal over the line, one of Britain’s biggest Brexit-backing newspapers has said.

The EU and UK reached a deal on quotas of shared fish stocks last week, with minister Joze Podgorsek of Slovenia, which holds the EU presidency, describing it as an agreement “that provides certainty for EU fishermen and women going forward.”

The decision reverts back to last year’s trade deal between France and the UK and sets catch quotas and rights for about 100 shared fish stocks in each other’s waters.

It has been widely criticised by environmentalists, who say fish will continue to be over-exploited following the deal.

Quoting former MEP June Mummery, The Express newspaper also had a thing or two to say about it.

She told the paper: “I can’t tell you how betrayed I feel by Boris.

“He has betrayed the fishing industry and coastal communities.

“But the biggest betrayal is our ocean and Mother Nature. He has betrayed them as well.

“Our ocean is in crisis. It is betrayal.”

She went on to say how when Britain departed the EU, the UK should have “taken full control back” and she had great hopes.

Ms Mummery continued: “I thought we would take back control.

“We would rebuild our coastal communities.

“The UK could have been one of the best sustainable fishing industries in the world.

“At the moment, the problem is we have no fish. There is no fish out there.

“The Channel is barren because there are still 1,700 EU vessels trawling our waters unpoliced. No one is looking at that.”

The former MEP went on to add how she does not see any positives going into next year and said the UK still has “four more years of this”.

Ms Mummery added: “I do not see any positives going into 2022.

“We have a bunch of clowns negotiating.

“We have four more years of this.

“After four years, we are still tied to tariffs, aviation and energy.

“We are being sold out.”