The outgoing prime minister is set to create more peers in his resignation honours list, having already appointed 86 in his short time in office. 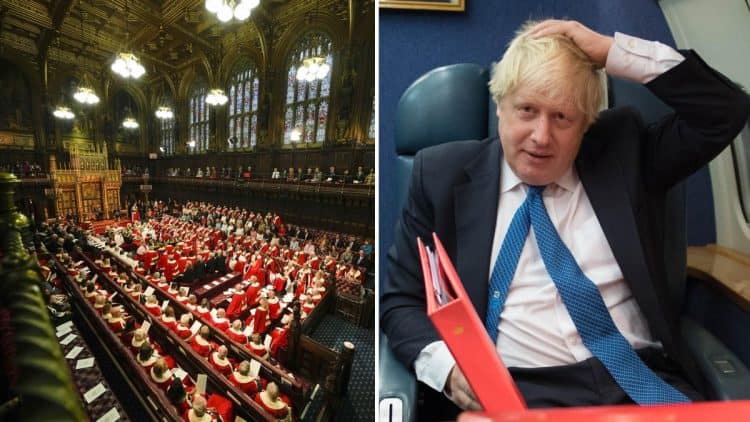 One of Boris Johnson’s last acts as prime minister has been to appoint a “quivering fanboy” to the body responsible for approving peerages, according to Mirror reports.

Harry Mount, a former Bullingdon Club member and second cousin of David Cameron, will be installed as Independent Member of the House of Lords Appointments Commission (HOLAC).

The body, which vets peerage nominations, is reportedly holding up Johnson’s plans to install big-ticket donors and sitting Tory MPs into the House of Lords.

Mr Mount edited a book on “the Wit and Wisdom of Boris Johnson ” in 2013, which the Guardian described as the work of a “quivering fanboy”.

He is now editor of the Oldie magazine, and frequently writes for the Times and Telegraph.

Boris Johnson’s plan to create large number of new peers came under fire earlier this year, with the Lord Speaker saying it could erode “public confidence in our parliamentary system”.

Johnson, who will create more peers in the autumn in a resignation honours list, has already appointed 86 peers, bringing the number of members sitting in the Lords to more than 800.

In his letter, McFall said: “A House of Lords that is too big, combined with the fact that some recently appointed members have not been especially active, undermines public confidence in our parliamentary system. I am sure you agree that public trust in politics and in our parliament and constitution is crucial.”

Related: No Brexit bonus: Pound could ‘soon be worth THE SAME’ as US Dollar