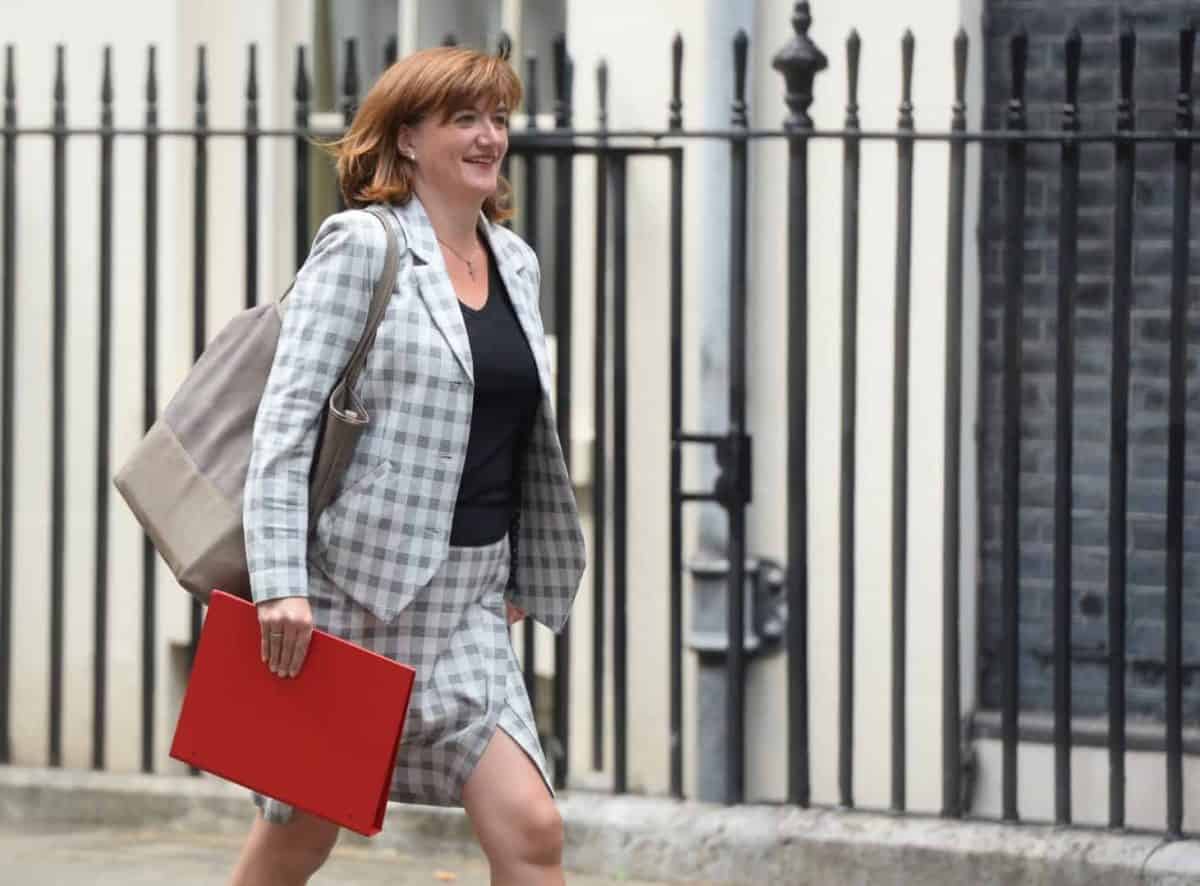 Boris Johnson has been accused of showing “two fingers to democracy” after announcing Nicky Morgan will carry on as Culture Secretary, despite her quitting the Commons at the general election.

No 10 said the former MP for Loughborough would be made a life peer and would answer questions in the House of Lords.

There were reports that her appointment may only be temporary pending a full-scale Cabinet reshuffle expected in February, after the decision to allow her to continue in the position without the scrutiny other constituency or MPs caused outrage.

But it still drew a furious response from opposition MPs, with former shadow culture secretary Chris Bryant saying it “stinks”.

“You abandon your constituents, eschew the tough work of representing a constituency but remain in the Cabinet. That really is two fingers up to democracy,” he said.

His fellow Labour MP Jo Stevens said it was “absolutely disgraceful” MPs would not be able to scrutinise or challenge her on the performance of the Department for Digital, Culture, Media and Sport (DCMS).

The Liberal Democrats’ culture spokeswoman Layla Moran said the appointment showed why reform of the Lords was needed while the SNP’s Pete Wishart accused the Tories of showing “disdain for democracy”.

“It seems as though the Tories don’t even need to bother standing in an election and be held to account by the public in order to keep the perks of ministerial posts,” he said.

The decision to keep her on appeared to surprise even the now Baroness Morgan, who had been widely expected to be replaced in a mini-reshuffle on Mr Johnson’s top team.

“Well it turns out that leaving the Cabinet is harder than leaving the EU! Am delighted to continue as DCMS Secretary of State as the PM focuses on delivering our mandate in the vital first weeks of this new Government,” she tweeted.

Announcing her decision to stand down as an MP in October, she cited the abuse she had received and impact on her family life as her reasons for leaving the Commons.

The MP for Carmarthen West and South Pembrokeshire replaces Alan Cairns, who was forced to stand down at the start of the election campaign over his links to an aide accused of sabotaging a rape trial.

The Prime Minister told Tory MPs gathering at Westminster ahead of the new Parliament sitting for the first time on Tuesday they must now justify the trust of the voters who put them there.

Speaking at a drinks reception, he said the election result – which saw the Conservatives take a swathe of previously rock-solid Labour seats – had changed the party “for the better”.

The Government is set to bring back the Prime Minister’s Brexit deal before Parliament this week, as it begins its push to take Britain out of the European Union next month.

The Withdrawal Agreement Bill (WAB) will be brought before the Commons on Friday – and could receive its first reading and be voted on at second reading in one day, if the Speaker agrees.

The Prime Minister’s official spokesman told a Westminster briefing: “We plan to start the process before Christmas and will do so in the proper constitutional way in discussion with the Speaker.”

The Government will try to push the WAB through its final Commons stages in January, and will hope the Bill then clears the Lords quickly to allow the UK to leave the EU on January 31 with a deal in place.

However, approving the legislation will not mean the Brexit saga is over. The UK will remain in the EU until at least the end of 2020 during the implementation period.

This time will be used by Brussels and London to hammer out a trade deal and decide on their future relationship on subjects such as security.

But EU figures have been highly sceptical this can be sorted within the year, with chief negotiator Michel Barnier saying the timetable was “unrealistic”.

The Queen will formally open Parliament on Thursday when she sets out the Government’s legislative programme during a slimmed-down State Opening.