Johnson gave a speech at an event to mark his defence adviser's departure from Downing Street. 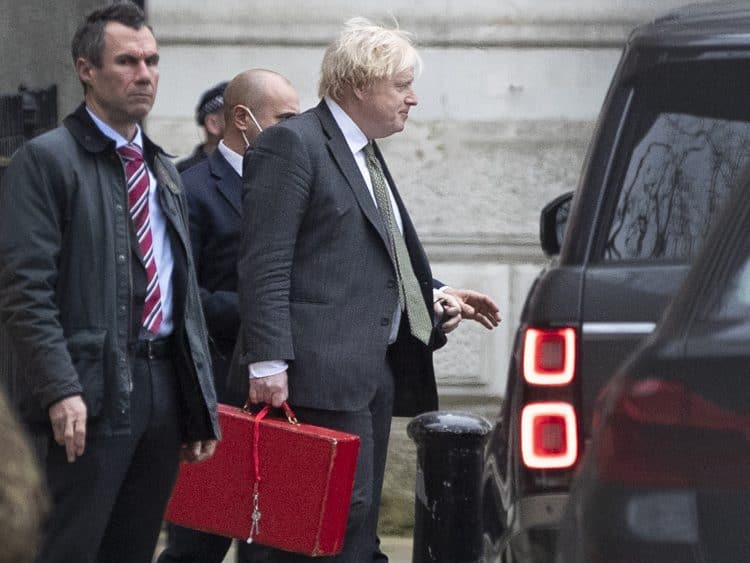 Boris Johnson has been accused of attending another party in the run-up to Christmas 2020.

As reports suggest that the prime minister is planning to blame Downing Street officials for the scandal engulfing his premiership, it has emerged that he attended a leaving do for his defence adviser – and gave a speech.

Meanwhile fresh doubts were raised on Johnson’s claim that he did not know in advance of the infamous No 10 garden bash on 20 May of that year, after Sunday Times writer Dominic Lawson claimed at least two people had warned the prime minister about the party and told him to stop it.

If true, it casts doubts on the legitimacy of Johnson’s apology for Partygate last week – and is likely to spark claims he breached the ministerial code by misleading the Commons.

Lawson, a well-connected columnist, wrote: “Last week I spoke to a former Downing Street official who said at least two people had told the PM, after seeing the emailed ­invitation from Martin Reynolds that this was ‘a party’ and should be immediately cancelled.

“I was told that Johnson’s dismissive response was to say they were ‘overreacting’ and to praise Reynolds as ‘my loyal Labrador’.

“I then asked someone who has known the PM for decades what could have made him take such an approach (other than natural hospitality and affability).

“His immediate answer was: ‘It’s because deep down he obviously thought the regulations were ridiculous, so why should he observe them?’”

No10 responded: “It is untrue that the prime minister was warned about the event in advance. As he said earlier this week he believed implicitly that this was a work event.”

Now the Mirror has revealed that Johnson gave a speech at an event to mark defence adviser Captain Steve Higham’s departure from Downing Street before Christmas in 2020.

The prime minister to have been “there for a few minutes to thank him for his service” as a “small number of No10 staff briefly said goodbye”.

Johnson himself has reportedly been interviewed as part of the investigation into Partygate allegations.

The prime minister is said to have “shared what he knows” with senior civil servant Sue Gray about alleged parties in Downing Street as she prepares to publish her report into claims of coronavirus rule flouting as soon as this week, the Daily Telegraph reported.