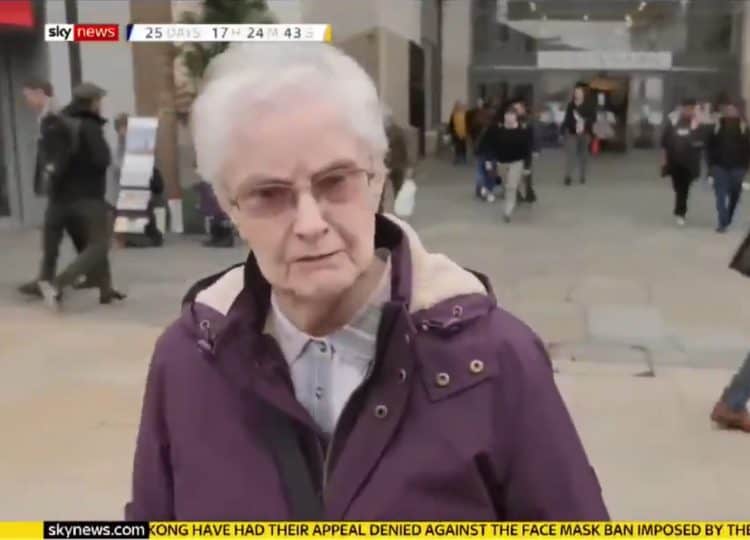 A resident in Boris Johnson’s constituency of Uxbridge and South Ruislip was in no mood to hold back after she was vox-popped on the street by Sky News cameras.

The prime minister has reportedly been interviewed as part of the investigation into partygate allegations as claims of another lockdown breach in No 10 surfaced.

Johnson is said to have “shared what he knows” with senior civil servant Sue Gray about alleged parties in Downing Street as she prepares to publish her report into claims of coronavirus rule flouting as soon as this week, the Daily Telegraph reported.

It comes as The Mirror said Mr Johnson attended a leaving do before Christmas 2020 during which he gave a speech to mark the departure of his defence adviser Captain Steve Higham.

The leaving do claim is the latest in a long line of allegations about rule breaking in Downing Street, with Ms Gray looking into a litany of possible events, including a “bring your own booze” garden party during the first coronavirus lockdown that Mr Johnson has admitted he attended – although he insists he understood it to be a “work event”.

But not everyone has bought the excuse, including one person in the PM’s constituency who seems to have summed up the nation’s feelings towards the whole affair.