Scotland Yard is facing calls to expand its investigation into alleged Covid breaches in No 10 after the Mirror published the image. 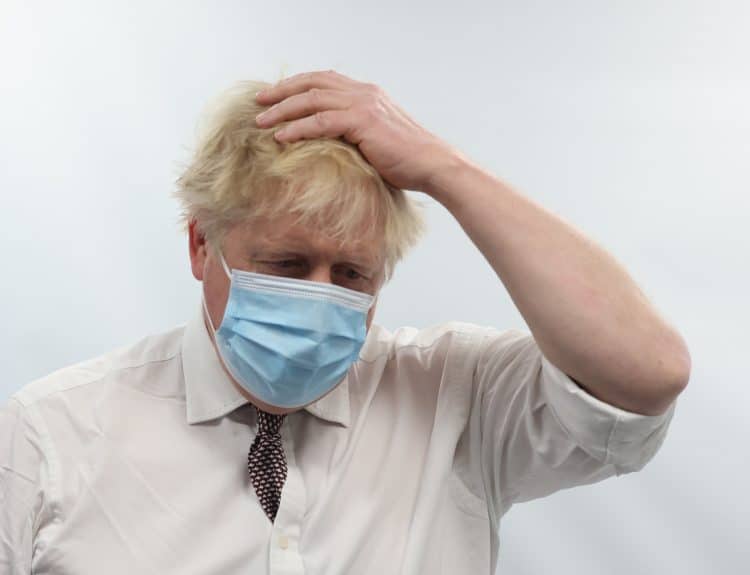 Scotland Yard is facing calls to investigate another event in No 10 for breaches of Covid rules after a picture emerged appearing to show Boris Johnson near a bottle of sparkling wine.

The Mirror published a photo showing the Prime Minister and staff – one wearing tinsel – near the uncorked bottle and an open bag of crisps during a Christmas quiz during coronavirus restrictions.

The event on December 15 2020 is not one of those being investigated by the Metropolitan Police after officers were passed evidence from the Sue Gray inquiry.

The Labour MP said: “In the last few minutes a photo has emerged of the Prime Minister in Downing Street on December 15, 2020 surrounded by alcohol, food and people wearing tinsel.

“It looks a lot like one of the Christmas parties he told us never happened.”

He added: “Will the Prime Minister be referring this party to the police as it is not one of the ones currently being investigated?”

Mr Johnson responded: “In what he has just said, I’m afraid he is completely in error.”

Challenged again during PMQs, Mr Johnson added: “That event already has been submitted for investigation.”

London was under Tier 2 restrictions at the time, which prohibited social mixing between different households indoors.

Official guidance said: “Although there are exemptions for work purposes, you must not have a work Christmas lunch or party, where that is a primarily social activity and is not otherwise permitted by the rules in your tier.”

Adam Wagner, a human rights lawyer who has been examining Covid laws, said: “I think there is no longer any justification for the police not to investigate this event.