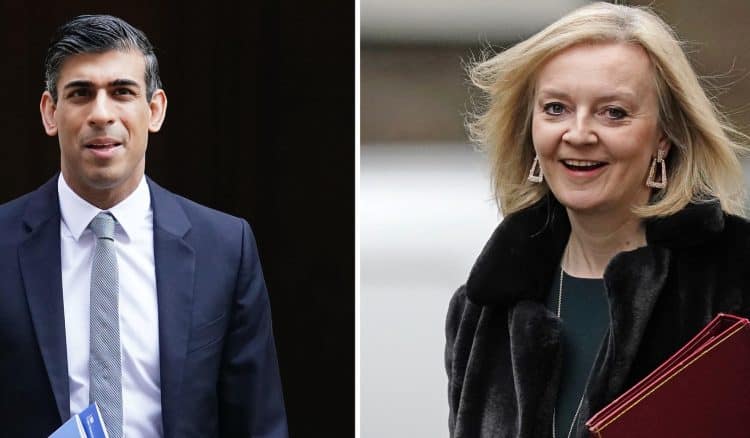 Ms Dorries, a supporter of Mr Sunak’s leadership rival Liz Truss, pointed to reports that the millionaire former chancellor has been pictured wearing a £3,500 suit and £490 Prada shoes.

She said Foreign Secretary Ms Truss is more likely to be seen in a pair of £4.50 earrings from high street chain Claire’s.

This caused a row between Dorries and another Tory MP online.

Angela Rayner was quick to jump into the row as political capital for Labour.

Now as former Chancellor Rishi Sunak has agreed to be interviewed by Mr Neil this Friday at 7.30pm on Channel 4, he has trolled Liz Truss

She has said she has “no plans at the moment” to follow suit.

In a swipe at his opponent in the Tory leadership race, Mr Sunak tweeted: “Just me then?” with a winking emoji.

We await the next blue-on-blue skirmish…we doubt it will be long.

Related: Liz Truss called for us to succeed as an ‘aspiration nation’ and ’embrace free trade’ leaving people confused