Nadine Dorries pointed to reports that Rishi Sunak has been pictured wearing a £3,500 suit and £490 Prada shoes. 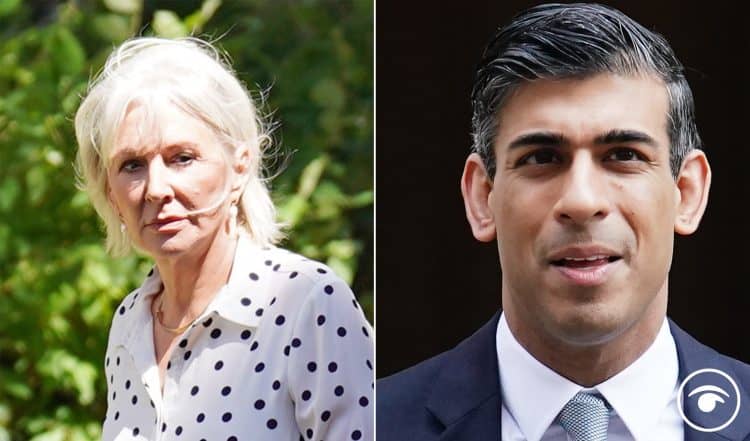 Culture Secretary Nadine Dorries has faced a backlash after mocking Rishi Sunak over his expensive taste in clothing. But it has come back to haunt her.

Ms Dorries, a supporter of Mr Sunak’s leadership rival Liz Truss, pointed to reports that the millionaire former chancellor has been pictured wearing a £3,500 suit and £490 Prada shoes.

She said Foreign Secretary Ms Truss is more likely to be seen in a pair of £4.50 earrings from high street chain Claire’s.

It didn’t go down well with Tory MP Anglea Richardson.

Or cabinet office minister Johnny Mercer who said the “puerile nature” of the leadership contest was embarrassing and it was “time to raise standards”.

But Ms Dorries herself has previously talked about having a £6,000 pair of diamond earrings and told reporters “I don’t skimp on jewellery”, going as far as designing her own bespoke pieces.

Interviews with Ms Dorries, who is also a novelist, quickly resurfaced, including one in The Guardian in 2007 when she admitted to owning £6,000 diamond earrings.

And in another interview with the Daily Express in 2017, she described doing two big clothes shops a year where she “probably spends over £1,000”.