In 2021 raw sewage was discharged into the catchments of two rivers on more than 250 occasions, totalling just under 1,900 hours. 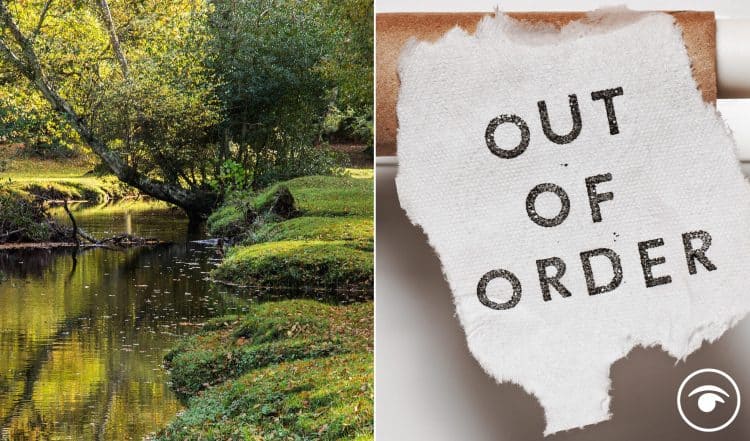 Campaigners are demanding immediate action to stop sewage discharges into rivers in the New Forest after data shows hundreds of incidents in recent years.

River Action, a charity that campaigns to stop pollution of the UK’s rivers, has written to the chief executive of Southern Water calling for an immediate end to discharges into the major rivers of the New Forest National Park.

The call comes after data published by the Environment Agency, in response to a freedom of information request by the charity, showed that in 2021 raw sewage was discharged into the catchments of the Lymington and Beaulieu rivers on more than 250 occasions, totalling just under 1,900 hours.

Reported discharges by Southern Water sewage treatment plants and sewer overflows have occurred into the two rivers more than 900 times over the past three years, the data showed.

River Action said more than half of the New Forest – voted the number one national park in Europe in TripAdvisor awards in 2022 – was designated for its importance for nature, with its wetlands particularly important for wildlife.

Public funding has been spent on restoration work to improve the wildlife and habitat of rivers, streams, bogs and valley mires in the park.

The charity’s letter warns that discharges from Lyndhurst wastewater works go straight into the headwaters of the Beaulieu River and its associated flood plain – a protected Site of Special Scientific Interest (SSSI).

River Action founder and chairman Charles Watson said: “As the summer holidays approach and tens of thousands of visitors prepare to enjoy the wonders of the New Forest, it just seems inconceivable that Europe’s favourite national park is being treated like an open sewer by Southern Water.

“We urge Southern Water to disclose immediately what measures it plans to take to end this abuse of the country’s favourite national park.”

Professor Russell Wynn, director of local wildlife group Wild New Forest, said: “The rivers and streams of the New Forest should be some of the cleanest in the country, but they are regularly being flushed with a noxious mix of pollutants expelled from wastewater treatment works.

“Inadequate monitoring of fauna and flora in and adjacent to the affected rivers means we simply don’t know what impact these regular discharges are having on protected habitats and species, and the extent of the long-term damage being done.

“We alerted the local community and our elected representatives to this issue two years ago, but we are yet to see a firm commitment by Southern Water to prioritise investment in this highly protected landscape.”

The letter calls for a meeting with Southern Water’s chief executive Lawrence Gosden to explain how the company plans to tackle the “unacceptable situation” of sewage harming the national park.

In a statement, Southern Water said: “Lawrence Gosden will be delighted to meet with this important new charity.

“We are one of the key stewards of river water quality and are investing record amounts to protect and enhance the environment.

“In particular our Storm Overflow Task Force is leading the industry in our pioneering approach to reducing releases during heavy rain.

“Nature-based solutions and working with partners including NGOs (non-governmental organisations), landowners, councils and businesses is the key to reducing the amount of water getting into our system and slowing the flow so our systems can cope.”