The former premier called for Labour to throw its weight behind supporting legislation to prevent a no-deal Brexit. 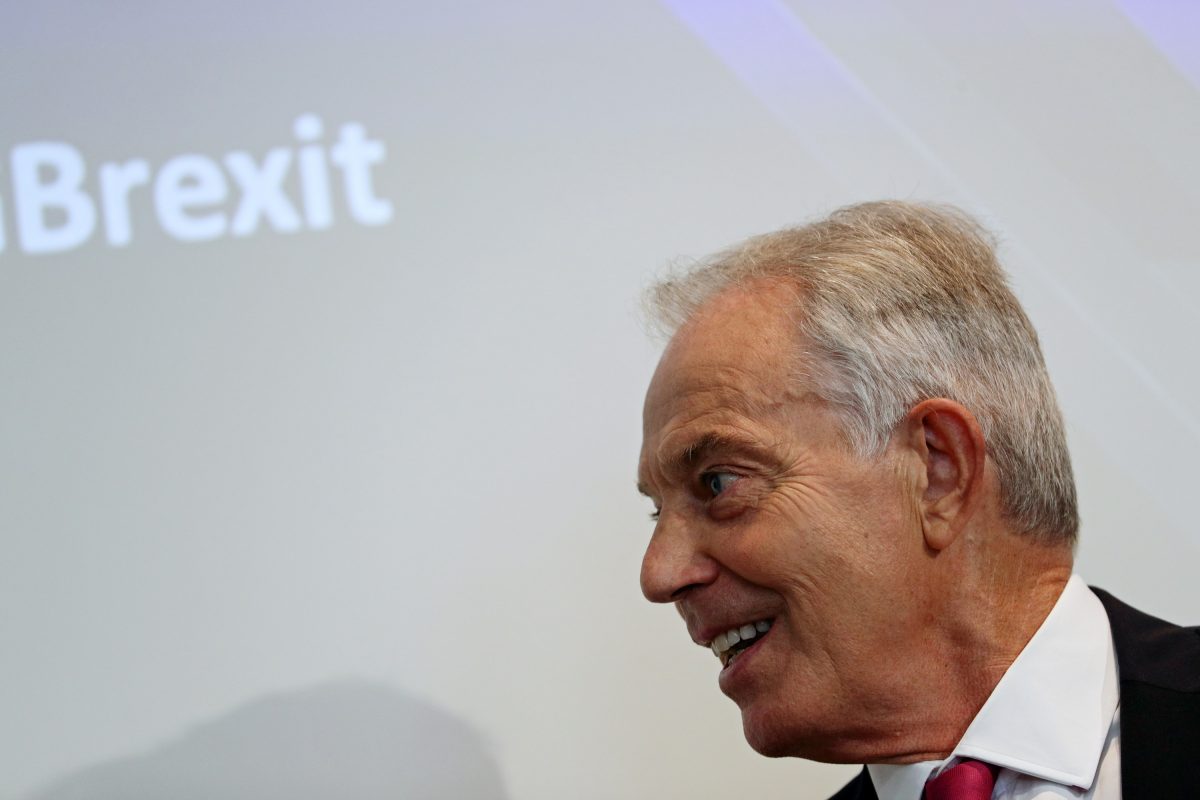 Tony Blair said he would vote for Jeremy Corbyn in a general election to prevent a no-deal Brexit, but that he would face a “dilemma” in doing so.

The former Labour prime minister delivered a speech on Brexit at the Institute for Government in London on Monday and said Labour should not “fall into the elephant trap” of backing a Westminster poll if MPs cannot agree on Brexit.

He called for the party to throw its weight behind supporting legislation to prevent a no-deal Brexit, not a vote of no confidence in the Government.

Asked if he would vote for Labour at the next general election, he said: “That’s a really difficult question. Because of the struggle I have with other aspects of Labour policy.

“There are some huge problems with the Labour Party. I personally believe so strongly on Brexit that I would do virtually anything to stop it.”

Pushed if that “included voting for Jeremy Corbyn”, he said: “Yeah, including that.”

He added: “The dilemma I have expressed to you very honestly is the dilemma of a lot of people are faced with.

“They care passionately about Brexit, they’re going to be asked at the election what’s the best way of stopping that.

“But on the other hand, it’s no great secret that many people like myself have got real anxiety about parts of the programme.”

Mr Blair praised Mr Corbyn for his stance on working with other political parties.

He said: “In backing away from the idea of himself as a ‘caretaker prime minister’, Jeremy Corbyn has behaved responsibly, and if he continues to put country first, he will benefit the country and himself.

“He can now play a decisive role in how Brexit develops.

“But he should see an election for the elephant trap it is.

“If the Government tries to force an election, Labour should vote against it.”

Asked if he thought Labour could win an election, Mr Blair said: “It is conceivable. But you have got to look at the polling.

“I mean, look. Where’s Labour in the polls? Some are in the twenties.

“When I was leader of the opposition if we’d been polling in the twenties, there would have been a few people knocking on my door and not wanting to have a very polite conversation.”

He said “we have got to be realistic about this and in our electoral system” and warned that a split opposition could produce a “comfortable Tory majority”.

He added: “If I am right about the Brexit Party, and the Tories are fighting a no-deal election, I cannot believe they are going to be standing candidates against Tories.”

On a future trade deal with the US, Mr Blair said there will be “a lot of goodwill, particularly from the Trump White House, towards Boris Johnson”.

He said: “There will be goodwill generally from the United States to Britain. But anyone who has ever dealt with trade deals knows that goodwill is what creates the fluffy atmosphere, but then there’s years of hard negotiation.”

Mr Blair added: “These are notoriously difficult things to do.