The former PM said the party had ‘too often been a failure’ as a competitor at elections. 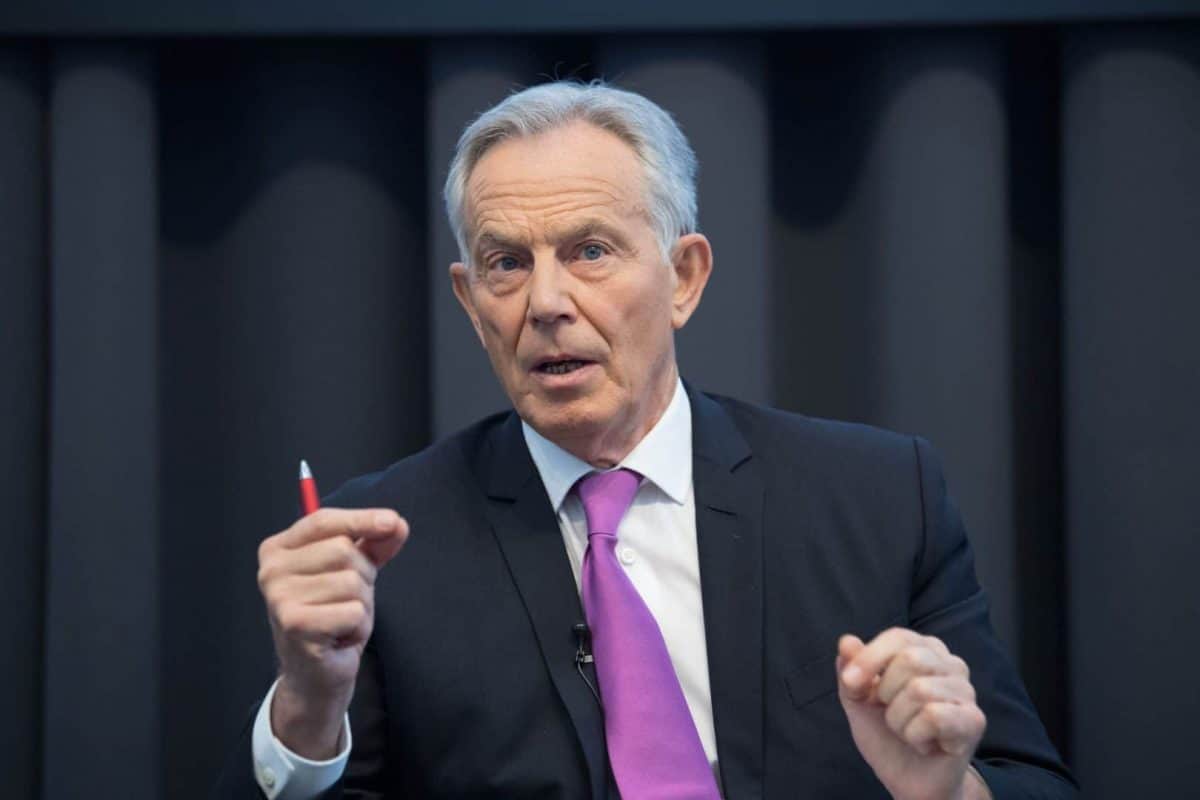 Any of the three remaining Labour leadership hopefuls would be a “significant improvement” on Jeremy Corbyn, according to former prime minister Tony Blair.

But he has vowed to keep his own preferred candidate close to his chest out of fear of doing them “damage”, he told a central London audience on Thursday.

In his strongest intervention yet in the race to succeed Mr Corbyn, the former leader said the party would need a “head to toe renewal” to win power again.

“We can be clear and radical and still in the centre,” argued Mr Blair, who led New Labour for 13 years.

During an event at King’s College London, with his wife Cherie Blair and youngest son Leo watching on, he said the party had “too often been a failure” as a competitor at elections, following its streak of four election losses in a row.

Touching on a host of topics during a session to mark Labour’s 120th anniversary, he:

– Dismissed talk of Labour campaigning to rejoin the European Union.

– Said the party should focus on winning power rather than coming up with ways to “trend on Twitter”.

– Called for a “progressive coalition” with liberal parties.

– Argued Labour should not sign up to pledges on transgender rights.

Asked about the leadership contest, Mr Blair said that whoever wins the race out of shadow Brexit secretary Sir Keir, Lisa Nandy and shadow business secretary Rebecca Long-Bailey would be a “significant improvement” on the outgoing Mr Corbyn.

The Islington North MP announced he was stepping down after leading the party to its worst election defeat since 1935 at the December poll.

Mr Blair said: “I don’t want to damage anyone by supporting them so I have made up my mind that I am not going to give an opinion on which candidate.

“I think whatever happens there is going to be a significant improvement.”

The Remain-backer said the next leader should not campaign to rejoin the EU and predicted Boris Johnson was facing “very tough” trade talks with Brussels.

“No, you just can’t, I’m afraid,” he said, when asked about a bid to reconcile with the bloc.

“In the long term, who knows? The Tories will own Brexit whatever happens and I think you’ve got to give it a chance to be done.

“If the Government really wants to diverge significantly from European regulation, then I think they will have a very tough negotiation.”

When quizzed on on Sir Keir’s plans for a Prevention of Military Intervention Act, the PM responsible for sending British troops into Iraq in 2003 said he was “not getting into that”.

He also called on Labour to avoid getting into what he dubbed a “culture war” on trans rights, urging the next leader not to sign up to the 12-point pledge card issued by the Labour Campaign for Trans Rights (LCTR).

The pledge card – already backed by Wigan MP Ms Nandy and Ms Long-Bailey – has caused controversy due to it describing some organisations, including Woman’s Place UK, which calls for biological sex to be acknowledged, as “trans-exclusionist hate groups”.

He said Labour should instead be engaging with the formal Government consultation on whether those living as trangender should be able to self-identify.

Mr Blair said: “If you’re going to start trying to advocate things in a finger-jabbing sectarian way, saying ‘If you don’t sign up to what I’m saying then I’m going to disrupt your meetings and shout at you’, you’re not going to win that battle.

“You’re just going to put a whole load of people off.”

During his 14-minute speech, Mr Blair said Labour had shifted away from offering voters a plan for government, calling the 2019 manifesto “wrong” for “promising the earth”.

The 66-year-old argued that, with technological developments happening at pace, “everything must change” for Labour if it was to convince voters it could be trusted to wield power.

“Labour’s aim is not to trend on Twitter or to have celebrities – temporarily, by the way – fawn over it,” he said.

“Our task is to win power. To get our hands stuck into the muddy wrangle of governing, where out of it can be pulled the prize of progress.”

He argued that holding on to left-wing principles without power rendered them “pretty meaningless”.