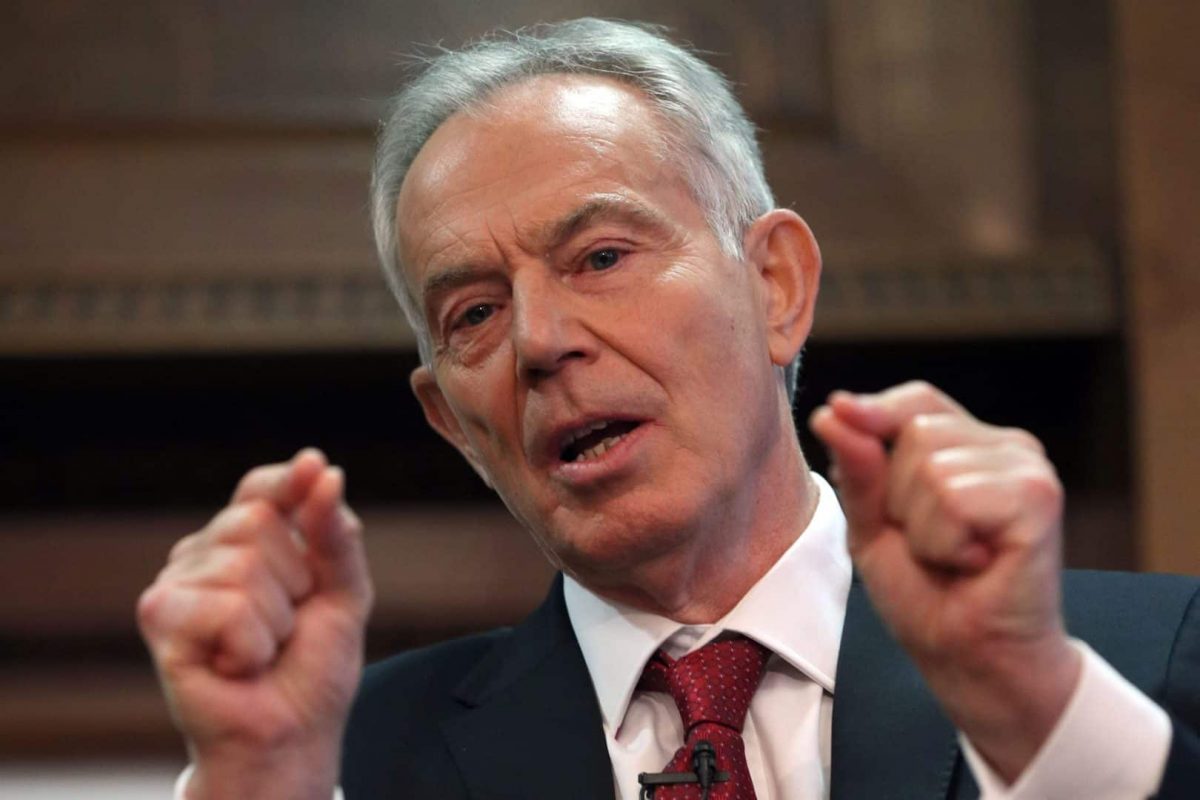 Ex-prime minister Tony Blair is set to urge Labour to undergo a “head-to-toe renewal” to avoid being out of power for three-quarters of its 120-year existence.

Mr Blair, who is due to give a speech on Thursday marking the foundation of the Labour Party, will push for the left-wing outfit to find a “radical” new mandate if it is to win power again within the next decade.

And the 66-year-old will use his intervention to urge the remaining three leadership contenders to heed his warnings about Labour’s current state of political wilderness, given he is the only surviving party leader to have won a general election.

The ex-Downing Street incumbent won three elections for the party between 1997 and 2005, but his New Labour legacy has been brought into question by some members and even candidates seeking to succeed Jeremy Corbyn as leader.

Mr Blair is expected to tell a central London audience: “I thought hard about taking stock on the Labour Party’s 120th anniversary – it’s not as if my advice is particularly welcome to today’s party.

“But then it occurred to me that there are only two people born in the last 120 years who have actually won an election for Labour. And alas Harold Wilson is long gone.

“Out of 120 years, Labour has been in power for just over 30 of them. That is a stark statistic.

“We now have another Tory Government for five years, and possibly for 10.

“Were that to happen, Labour would have been in office less than a quarter of its existence.”

Radical form of politics for the 21st century

The Islington North MP announced his resignation after delivering the party’s worst election defeat since 1935 in December.

And Mr Blair warned the next leader, due to be announced on April 4, that Labour needed to discover a “radical” form of politics for the 21st century, rather than adopt a left-wing approach propagated in the last.

“The problem is that we have defined radical politics by a policy agenda which is hopelessly out of date, with ‘moderate’ politics being just a milder version of it,” he is expected to say.

“We must redefine what radical means. We’re living through a technology revolution which is the 21st century equivalent of the 19th century Industrial Revolution.

“It will change everything and therefore everything should change including radical reorientation of Government.

“This is the context in which we tackle inequality, promote social justice and redistribute power.”

The 66-year-old is set to argue that the overhaul goes beyond just the remit of the next leader.

“What is going to make the next 120 years different from the first? That is the big challenge – a mountain bigger than who’s the next leader,” said Mr Blair, who spent a decade in Number 10.

“Precisely because of that, because whilst pointing forwards we have been travelling backwards, nothing less than ‘born again’ head to toe renewal will do.”