The PM's 'Owen goal' could have severe repercussions with the electorate.... this time. 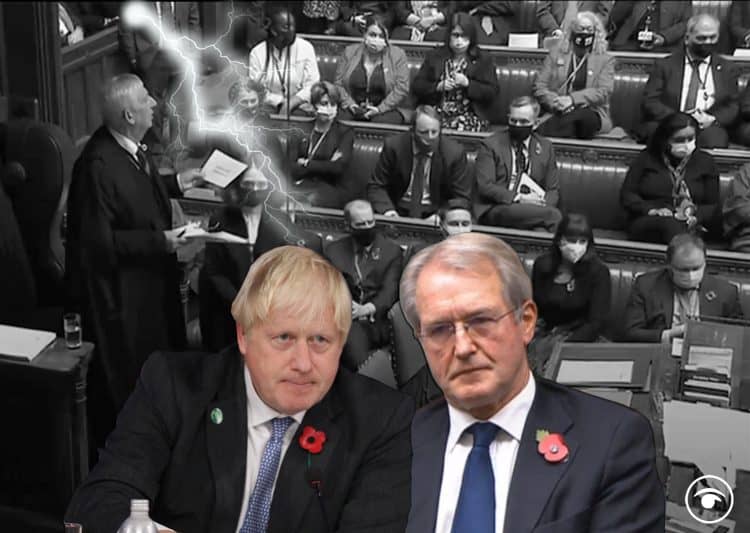 Boris Johnson was forced to perform an extraordinary U-turn today after MPs voted to overhaul the disciplinary process for MPs and let their colleague off the hook after he breached lobbying rules.

And he suggested any changes may not “apply retrospectively” after the Government came under intense criticism for blocking Owen Paterson’s immediate suspension after he was found to have repeatedly lobbied ministers and officials for two companies paying him more than £100,000 per year.

Government sources indicated Mr Paterson, who represents North Shropshire, will face a fresh vote on his recommended suspension from the Commons for 30 sitting days but were unable to say when it would take place.

Tory MP Angela Richardson, who was sacked as a parliamentary private secretary to Cabinet minister Michael Gove after she abstained in Wednesday’s vote, said she was “pleased to be reappointed” after the U-turn.

Mr Rees-Mogg’s announcement to MPs came as an ethics adviser to the Prime Minister described Wednesday’s votes as a “very serious and damaging moment for Parliament”.

Lord Evans, the chairman of the Committee on Standards in Public Life, said plans for a Tory-led review into the disciplinary process for MPs as being “deeply at odds with the best traditions of British democracy”.

The Commons Leader recognised a “certain amount of controversy” had been created by the move which, by our reckoning, is a staggering underestimation.

Reaction on social media has been fierce, with Peter Oborne saying this could be the “beginning of the end” for Johnson.

Gary Neville also got ahead of it early, hitting the nail on the head with this tweet:

Here’s what people had to say elsewhere: