It comes on the back of research which found the Leave campaign made Brexit into a new religion to win votes. 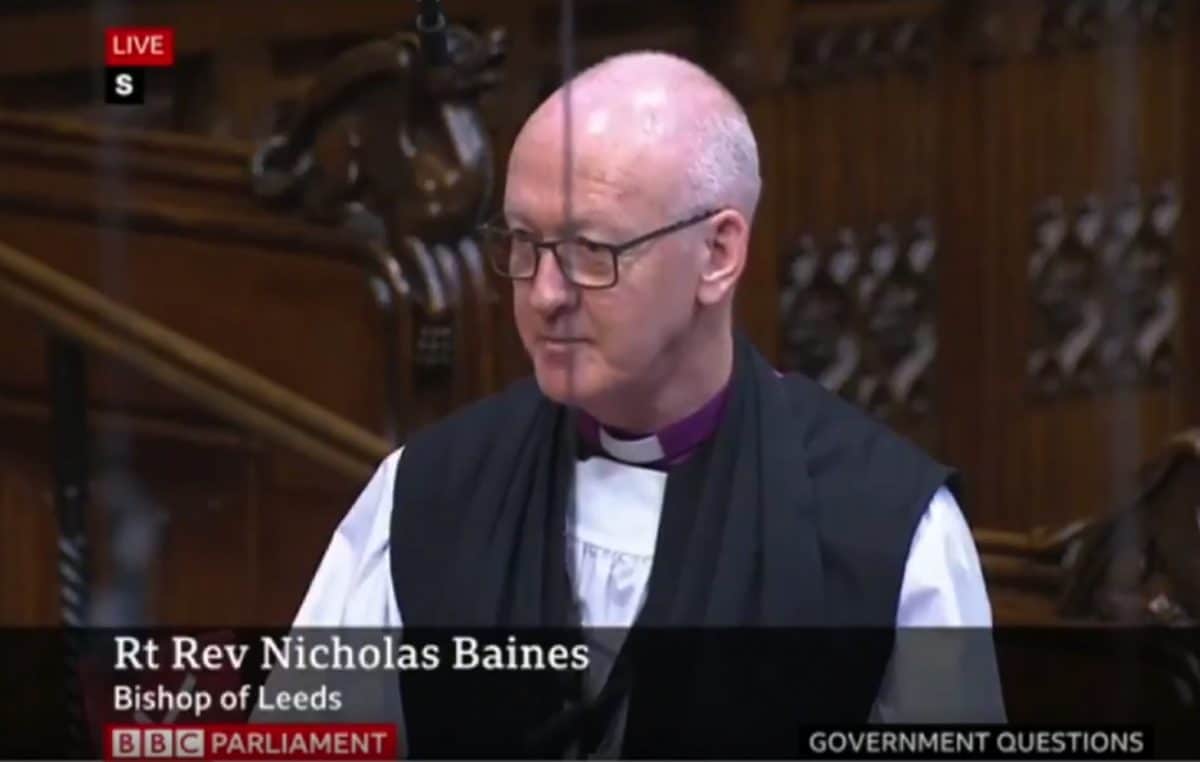 Reverend Nicholas Baines has called for a public education programme on notions of sovereignty following Britain’s exit from the European Union.

Speaking in the House of Lords he queried why “pooled sovereignty” with the EU was considered a deficit for the UK but when it is pooled with the United States it is “seen as a positive”.

Rt Rev Nicholas Baines – Can the government explain why pooled sovereignty with the EU is a deficit, but when it's pooled with the United States it's seen as a positive? pic.twitter.com/v9jJKs3u5n

The remarks come on the back of research by the Universities of Birmingham and Warwick which found the Leave campaign made Brexit a new religion to win votes by focussing on secularised theological concepts such as sovereignty and the concept of a nation.

The document revealed that slogans such as “take back control” used the NHS as the country’s Holy Grail that could be rescued from European forces that threatened Britain’s unique historical place in the world.

Co-author Dr Peter Kerr, senior lecturer in politics at the University of Birmingham, believes placing it at the heart of the Brexit narrative showed “shrewd political calculation”.

“Framing the NHS as the Holy Grail to be rescued from the threat of the EU superstate and an influx of foreign migrants – symbolised by the ‘Brexit Bus’ – neatly cut into a variety of beliefs and emotions about Britain’s place in the world and its membership of the EU.”

Recent reactions to news that US president Joe Biden could be set to push back on a much-hyped post-Brexit trade deal with the UK seemed to confirm the findings.

“Tell them to stick their trade deal where the sun doesn’t shine!”, one person said, while another added: “We all know that the world needs the UK much more than the UK needs the world.”