“I have every sympathy for people who are finding it tough," Boris Johnson said, but any uplift has "got to come out of some people’s pockets.” 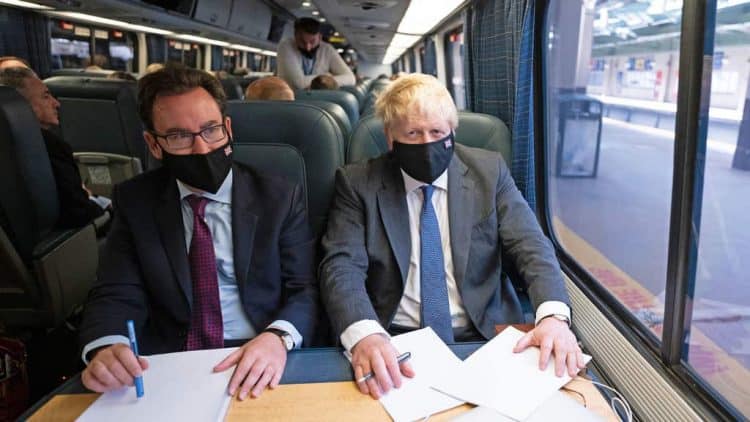 Boris Johnson has showed no signs of rowing back from plans to cut the £20 Universal Credit uplift, suggesting it could only be kept if paid for by tax hikes.

In comments made during his US trip, the Prime Minister said he had “every sympathy” for those toughing it out on benefits, but that the £5-6 billion required to make the additional weekly payments permanent would have to “come out of some people’s pockets”.

The Government is preparing to cut Universal Credit (UC) by £20 per week as ministers wind up the uplift introduced at the start of the coronavirus pandemic.

When speaking to reporters on the train from Washington DC to New York, Mr Johnson was quizzed on whether he thought the reduction to the incomes of millions of people could become a “political problem”.

According to the latest confirmed Government statistics, as of July 8 there were 5.9 million people on UC, with Citizens Advice suggesting more than a third of those are currently in work.

Mr Johnson told reporters on Wednesday: “I have every sympathy for people who are finding it tough, I really, really do – but we have to recognise that in order to maintain the Covid uplift you’ve got to find another £5-6 billion in tax.

“That has got to come out of some people’s pockets.”

Of course, the same could not be said of PPE contracts, which were handed out willy nilly to firms with close connections to the Conservative Party.

According to a damning report by the National Audit Office, companies with political connections were directed to a “high-priority” channel for UK government contracts – where bids were ten times more likely to be successful.

Around 10 per cent of the suppliers referred to the channel by a political contact were awarded a PPE contract, the NAO reported. Suppliers without such links, by contrast, had only a 1 per cent chance of winning a contract.

More than £10 billion of contracts were awarded without competition during this period, the spending watchdog found, with a special channel set up that allowed almost 500 suppliers with links to politicians or senior officials to pitch directly for work.

The Whitehall spending watchdog says it was prompted to act by a “lack of transparency and adequate documentation” over why particular suppliers were chosen or how the government identified and managed conflicts of interest.