"We don’t even have a ten-minute plan, or any petrol or fresh food", one person pointed out. 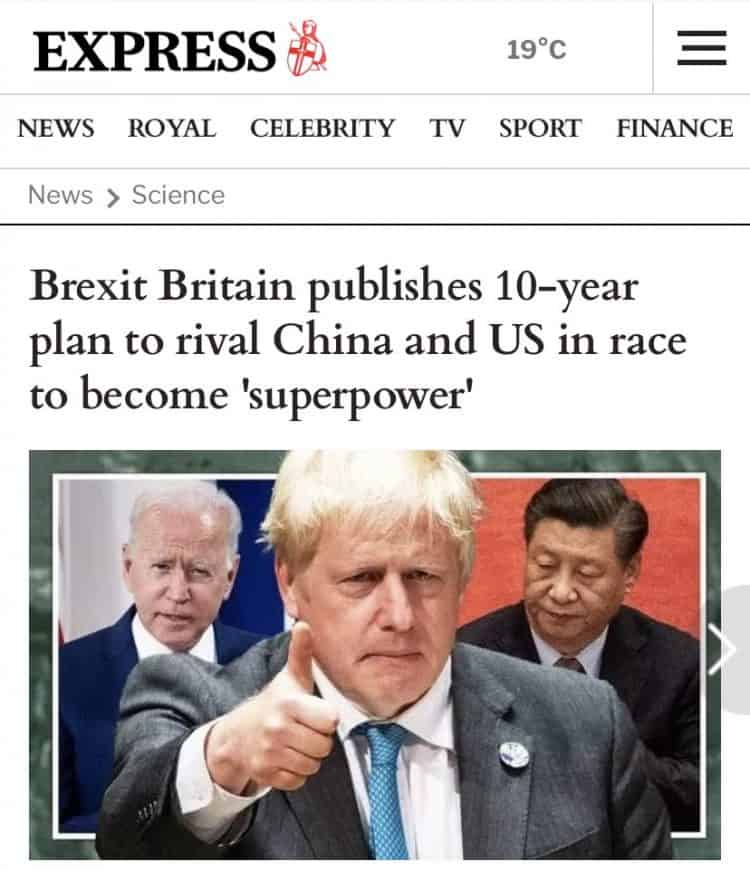 The Daily Express gave Brits a glimpse of life under a repressive dictatorship after it published Brexit Britain’s 10-year plan to rival China and the US in the race to become a ‘superpower’.

Mike Galsworthy described the coverage as “effortlessly rivalling North Korea” as the tech plans were laid out, while James Felton said he is starting to worry about the right-wing paper.

The reports concern the new The National Artificial Intelligence Strategy, which has been drawn up to boost both public and private ventures and attract international investment into British companies in order to help develop the next generation of domestic tech talent.

Featuring a number of different programmes with ranging aims, it seeks to develop a variety of tech goals to help push the UK to the front of the market.

But several people have questioned whether the UK is in a position to take on two of the world’s leading superpowers in China and the US.

Brendan May said “we don’t even have a ten-minute plan, or any petrol or fresh food”, pointing to the lorry driver shortage that has crippled many sectors of the economy.

Others pointed to the true definition of ‘superpower’, which given the UK’s current scope and reach, sort of counts us out.