The National Farmers’ Union has asked the government to bring in a Covid Recovery Visa which would enable UK companies to recruit from abroad. 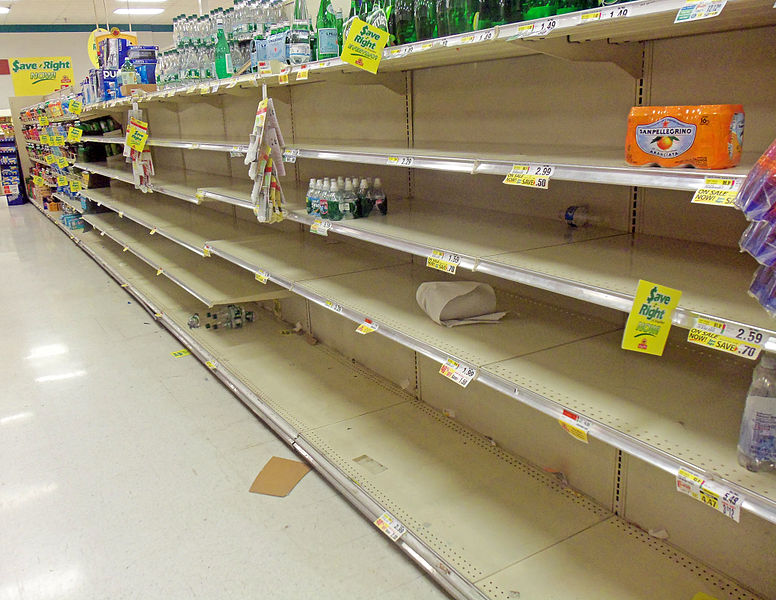 Supermarket shelves will go empty unless the government takes action to ease labour shortages, the food and farming industry has warned.

The National Farmers’ Union has asked the government to bring in a Covid Recovery Visa which would enable UK companies to recruit from abroad.

In a letter to Boris Johnson, NFU head Minette Batters warns the sector is on a “knife edge”, the Evening Standard has reported.

The letter was signed by 12 food and drink trade groups, and warned that without foreign workers, “more shelves will go empty and consumers will panic buy to try to get through the winter.”

“That is why we must have an urgent commitment from you to enable the industry to recruit from outside the UK over the next 12 months to get us through the winter and to help us save Christmas.”

The letter comes after an emergency meeting with UK supply chain representatives, which resulted in calls for a permanent seasonal worker scheme to meet the needs of the UK horticulture industry.

The letter also asked for an independent government review of the impact of Brexit ending free movement on the farming industry, and was signed by groups including the Food and Drink Federation and the British Meat Processors Association.

Batters also slammed the fact that producers are having to throw away “perfectly edible food” because it cannot be “picked, packed, processed or transported to the end consumer”.

Earlier this month, it emerged dairy farmers are amongst those forced to bin food because of lorry driver shortages.

An NFU spokesperson told The Independent at the time that some farms are “really struggling” and “people are having to either cut back on production or throw produce away.”

One dairy logistics company told the NFU they have been unable to find workers for the first time in 27 years.

‘Prices will increase and shortages will be here forever’

The UK’s wholesale food industry also issued a warning that prices will increase because of worker shortages.

Tomatoes are among products which have doubled in price over the past year – a kilogram of tomatoes wholesale costs £1.47 compared to 75p in 2020, The Guardian has reported. Meanwhile, vegetable oil prices are at their highest in more than 30 years.

It comes as the boss of the Food and Drink Federation said earlier this month that the days when UK consumers could expect to pick up nearly whatever product they want whenever they want from supermarket shelves are over.